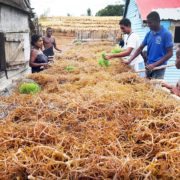 August was a promising month for sea cucumber farmers in our Darwin Initiative-funded Alternative Livelihoods programme.  Farmers in the village of Ambolomailaky boasted a record harvest for 2016, with over 1000 sea cucumbers harvested in a single night, generating over 5 million ariary ($1,571 USD) or the equivalent of $2.5 USD per day in August for each of the 20 families involved.  For the smaller sea cucumber farm in the neighbouring village of Andrevo, 233 sea cucumbers were sold, generating an average of $1.9 USD per day in August for the five participating families.  The income generated through this sustainable livelihood is enough to lift these families above the poverty line, and transform their lives.

At the beginning of August we told you about the new mirador that was constructed in Andrevo with thanks to partial funding from FRDA. We are delighted to tell you that the mirador is now in full use. It provides shelter for the night guardians who protect the pens from theft and allows them to survey the area more efficiently. We would like to thank FRDA for their generous contribution to the improvement of the sea cucumber farms in Andrevo. We would also like to thank Indian Ocean Trepang who provided technical advice on the construction of the mirador. 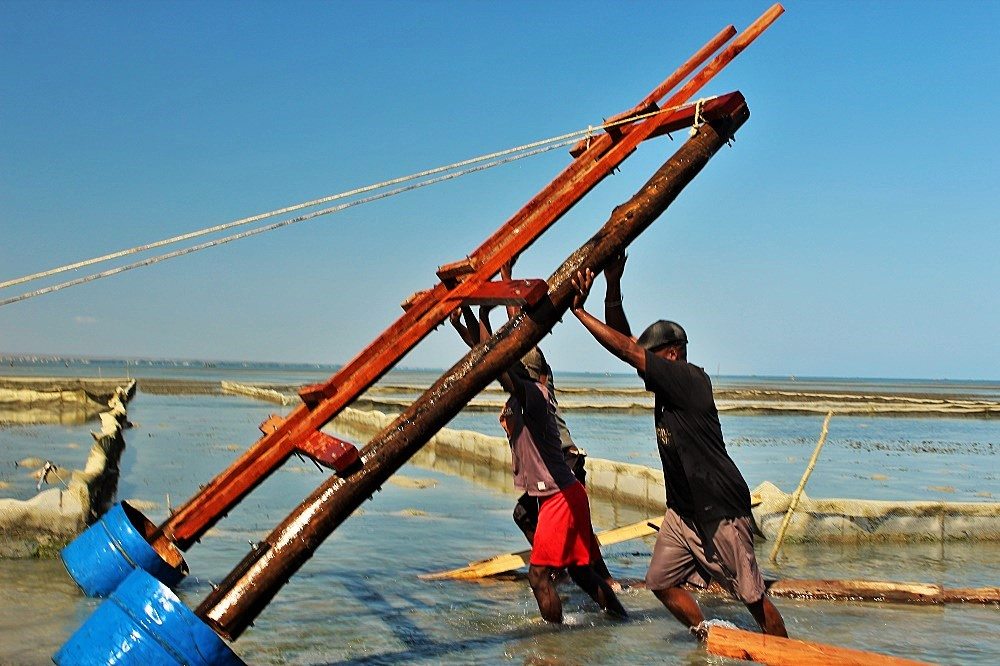 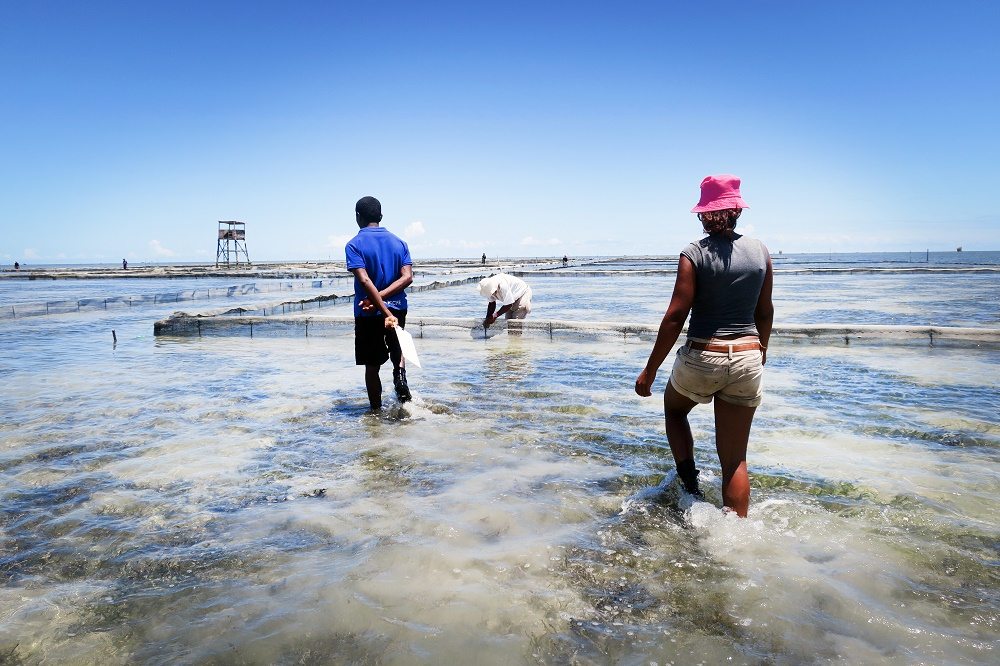 In seaweed news, the farmers of Amboaboke sold 309 kg of dried seaweed, while Ambolomailaky farmers sold a little more at 419 kg. Ifaty farmers harvested 1,649 kg and the farmers of Betsibaroke sold 1,891 kg.  Altogether, seaweed sales generated a total income of 2,134,000 MGA.  Due to their excellent results over the last few months, and the large volume of seaweed being produced, we are very happy to report that seaweed farmers in the Bay of Ranobe have received a 20% price increase for their product!  This news reflects the hard work and dedication of families involved in seaweed farming, and will make life a little bit easier for the hundreds of people who now consider seaweed farming their primary occupation. 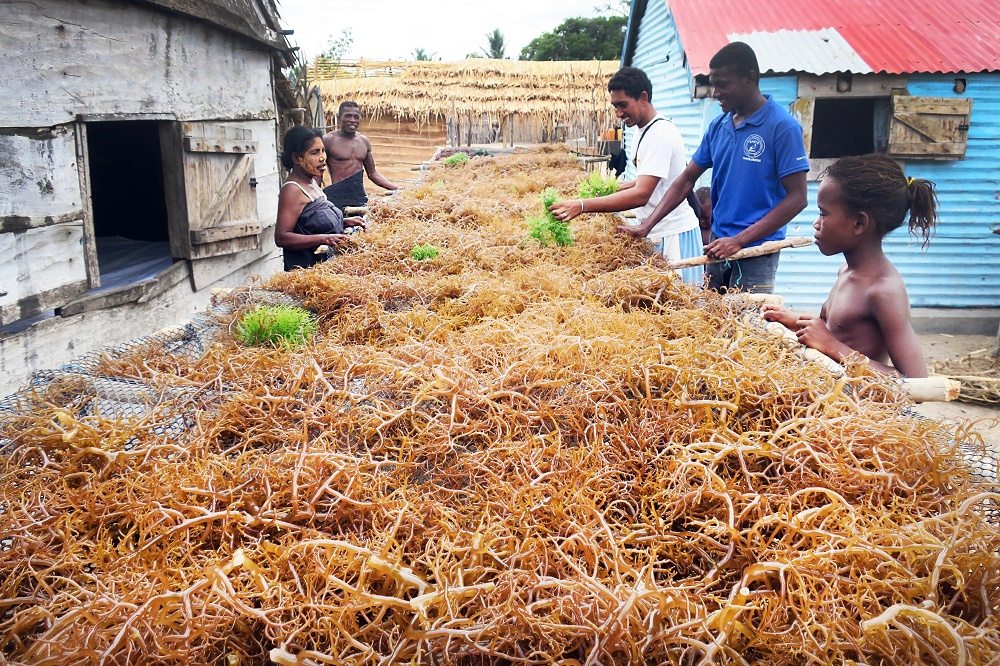 The most exciting news for the month of August, however, is that another village has been added to the Alternative Livelihoods programme. The village of Madirano in the north of the Bay of Ranobe received their first shipment of seaweed to begin farming in the village in early August. There are currently 17 households involved in the programme, and it is expected that others will soon follow.  It takes a lot of seaweed propagules to start farming in new village, and our seaweed partners Copefrito generously provided over 100 kg (wet weight) of seaweed to help get the farmers in Madirano.  The rest of the seaweed was grown at the ReefDoctor nursery by the aquaculture team, interns and volunteers.

Our aquaculture team has been growing at a rapid rate, with so much work to do 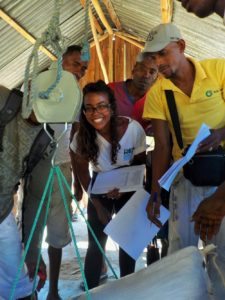 across the bay. Last year the team had help from the first ever aquaculture intern, Oriana Wouters. Oriana proved to be an invaluable member of the team and stayed with us when her internship ended. She was recently promoted as Aquaculture Coordinator, and oversees all aquaculture activities as well as the team of volunteers and interns.  Oriana set the bar very high and the two interns that have followed her have maintained her high standards. Among many other duties, the interns help to look after the ReefDoctor nursery where the seaweed is grown to provide to the seaweed farmers. Dive and science interns and volunteers also help the team out and the seaweed nursery is maintained every day. This involves cleaning the lines, weighing the seaweed, harvesting and reseeding lines. Interns and volunteers learn about farming, growth and how to identify diseased seaweed to ensure the nursery farm is in the best health.  Their contribution is essential to the success and smooth running of the programme and we would like to thank every intern and volunteer who has worked in the seaweed nursery for their help. And all of those who will help in the future! 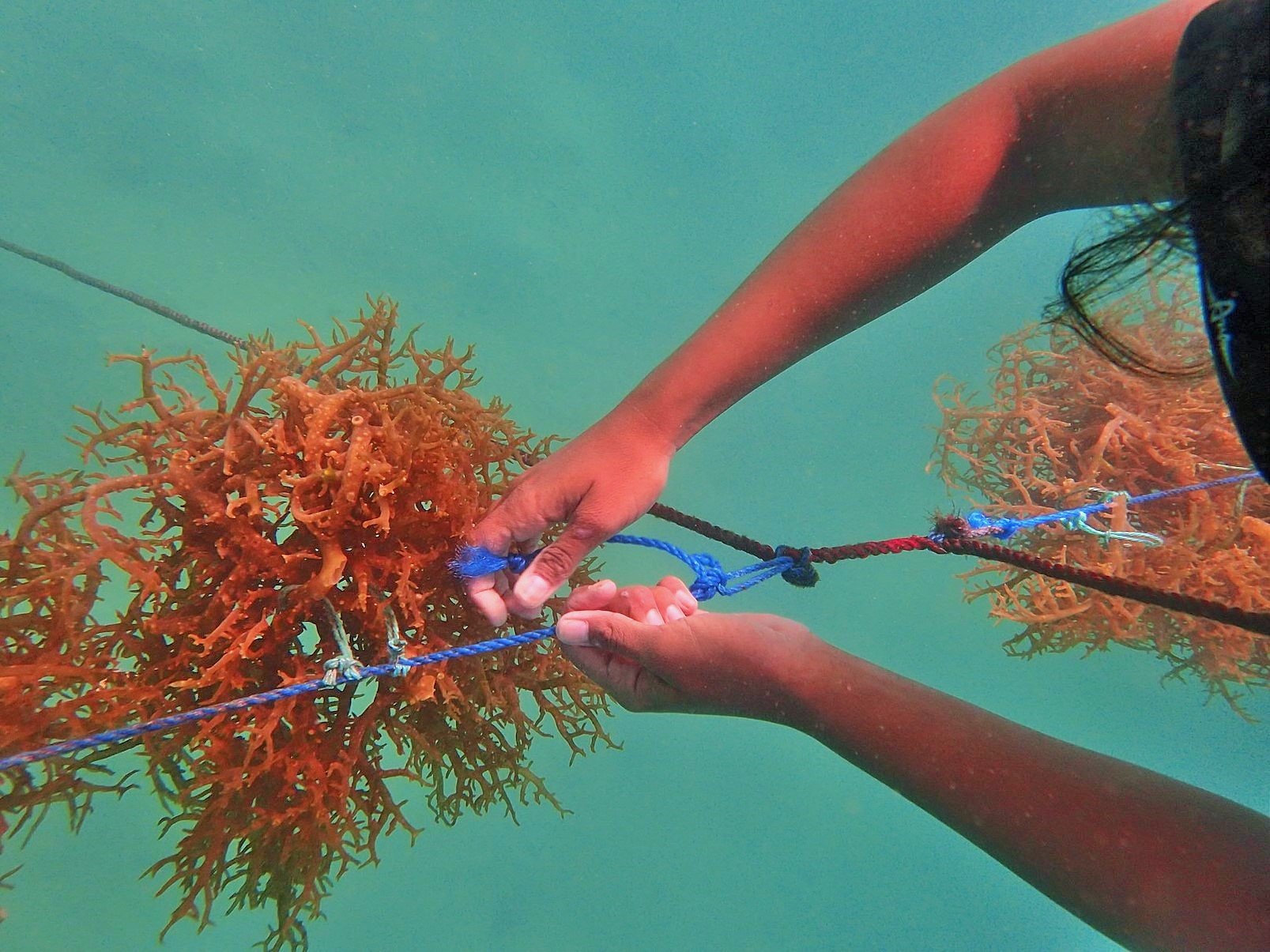