During the past few weeks at Reef Doctor, volunteers have been providing valuable assistance with the community-based artificial reef project. They have been busy designing and building two new low-cost habitat enhancement structures in order to promote marine organism colonisation and aggregation at one of the artificial reef site in the Bay of Ranobe.

Each week volunteers came together at the construction area next to the science office to combine imaginations and construction skills to develop these structures and plan their installation. The first design comprised a hollow, cement dome designed to act as a refuge for juvenile fish and invertebrates, as well a provide an additional substrate for algae and coral colonisation. They first made a pyramidal shaped mould in the sand and then, with a bit of cement, sand and shell pieces from the beach, they were able to build a series of eight hollow domes with holes, to provide access for small fish and invertebrates. The science team and volunteers took the structures out on our boats at sunrise for deployment at the artificial reef, Vato Mahavelo, close to the Rose Garden marine reserve. They were lucky as the water visibility was excellent, our boat captain Manjo didn’t even need the GPS to spot the site. In fact, they could see the little city of artificial reef bommies from the surface! From the boat, they dropped the small but very heavy structures onto the artificial reef site, which stands at 5m depth, they then dived down to ensure correct positioning. Placed between the large artificial reef bommies, these domes can act as a connection between bommies and provide an important additional shelter for many small marine organisms. 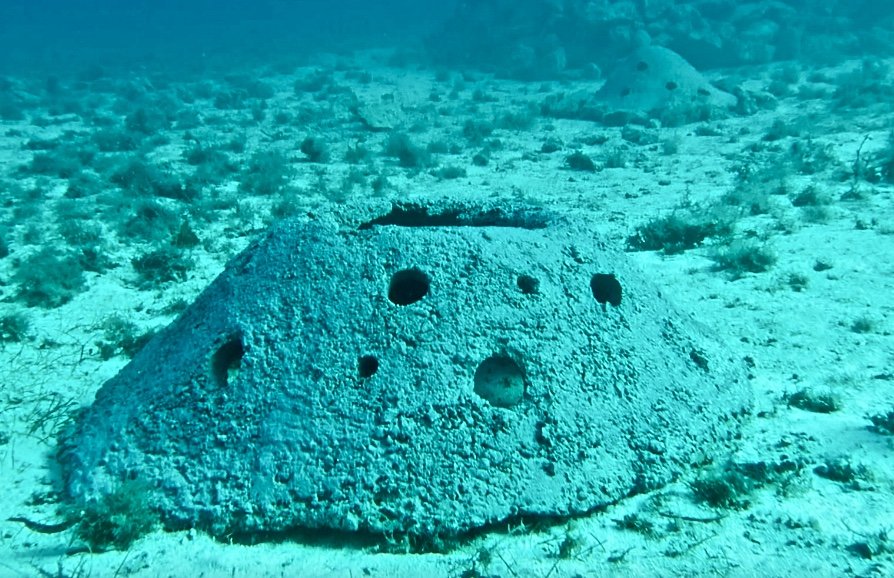 The second design was a two-layered rebar nest-like frame (2m x 2m) filled with empty, recycled shells. This structure was also designed to provide shelter for fish and invertebrates. The first layer of large rebars will allow some big fish to enter and shelter but the second layer of narrower rebars filled with shells will only provide access for juvenile or small fish. The shells attract rapid colonisation by microorganisms and algae that will also provide a new food source for grazing fish and invertebrates. 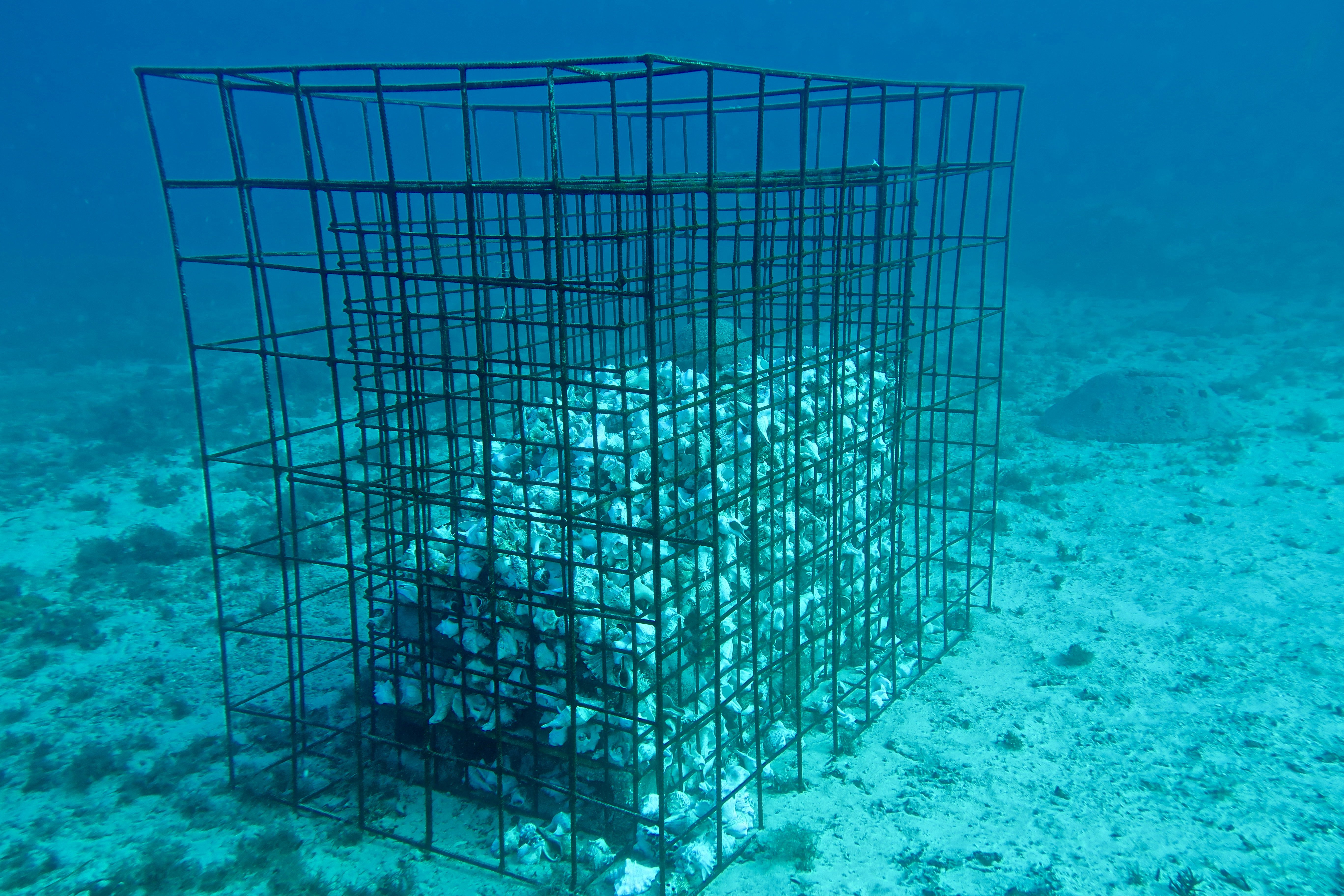 Another group of volunteers, with the help of children from Ifaty, gathered as many shells as they could in order to fill the structure. At the Reef Doctor open day held a few months ago, we ran a shell collecting competition for the children. They organised teams and collected many bags of empty waste shells from the village, which would have either be sold on the curio trade or discarded as rubbish (locals eat the mollusc animal inside the shell). This was a great opportunity to involve the children in the recycling of empty shells for beneficial ecological purposes and encouraging their return back into the ocean ecosystem, as opposed to supporting the detrimental curio trade or allowing them to simply going to waste on land. 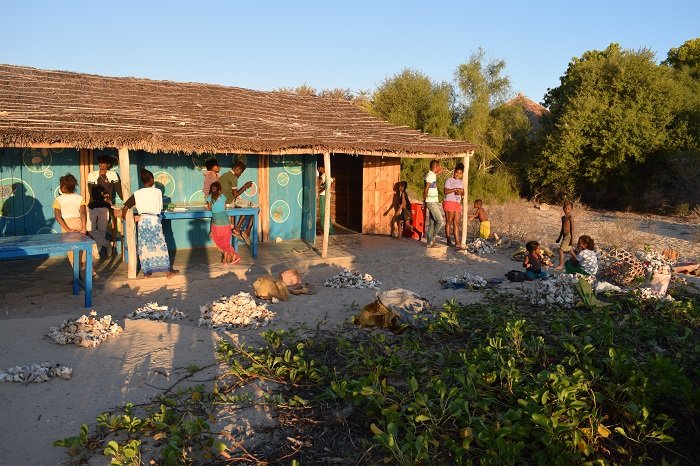 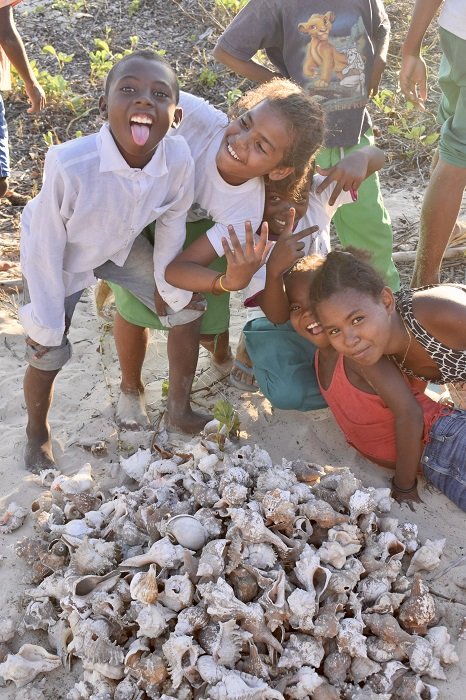 For its installation, the structure needed to be towed on a big pirogue by our boat and was dropped next to the artificial reef bommies. Our science team and volunteers will begin monitoring marine life colonisation and utilisation of these structures, stay tuned for further updates!

Our artificial reef project is conducted in collaboration with the local fishermen’s association FI.MI.HA.RA. Together, and with significant help from our volunteers, we aim to continue deploying habitat enhancement structures to enhance our network of artificial reef bommies at degraded reef sites across the bay. By creating new reef habitats and increasing fishing yields at artificial reef sites we hope to reduce fishing pressure on the few remaining natural coral reefs in the Bay of Ranobe.

Night Diving in the Bay of Ranobe