Seaweed farming is a practice well suited to poverty alleviation, as it requires limited materials, uses a simple farming practice, and has a relatively short production cycle of 40 days. The red seaweed Kappaphycus alvarezii (cottonii) is grown on cultivation lines, with propagation occurring through the cutting of branches from larger ‘plants’. These cuttings are attached to cultivation lines, grown and then re-cut to continue the farming cycle. As the seaweed grows through fragmentation, communities are not dependent on a supplier, and there are no ongoing costs involved. Communities receive continued technical and logistical support for the maintenance of their lines, and seaweed is sold to the international fisheries exporter Compagnie de Pêche Frigorifique de Toliara (COPEFRITO). Seaweed is valued for a component named carrageenan, a gel used in foods such as ice-creams, pasta, sauces and processed meats, cosmetics such as toothpaste, shampoo, skin creams, and in the pharmaceutical industry. 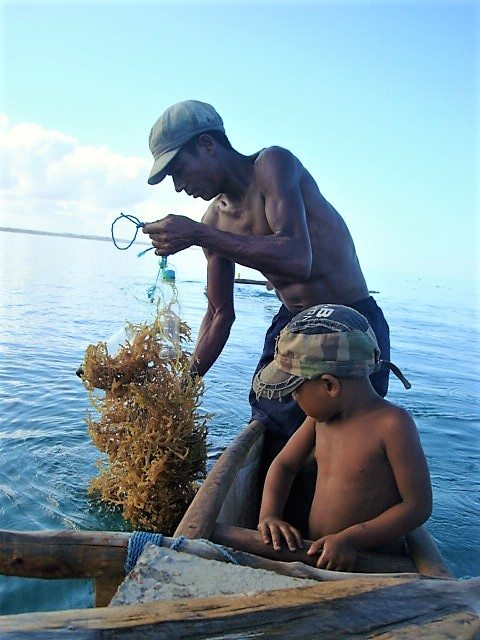 While there are numerous methods of growing seaweed, in Madagascar the Off-Bottom Method, where seaweed is grown on ropes just off the seabed, is the most common. We experimented with numerous growing techniques, and introduced the Long-Line Method to the farmers of the Bay of Ranobe. This system uses floating ropes placed in deeper water, and consequently has numerous benefits. Improved access to sunlight and nutrients allows for faster growth, alongside reduced competition with seagrass. Farmers have access to their farms at any time, and can work from their boats, avoiding exposure to the harsh elements and potentially hazardous aquatic life. Additionally, the location of the farms is more flexible, avoiding any potential conflicts over access to the marine environment. This technique has proven to be so favourable that the Long-Line Method is spreading to other seaweed producing regions throughout Southwest Madagascar, as word travels. 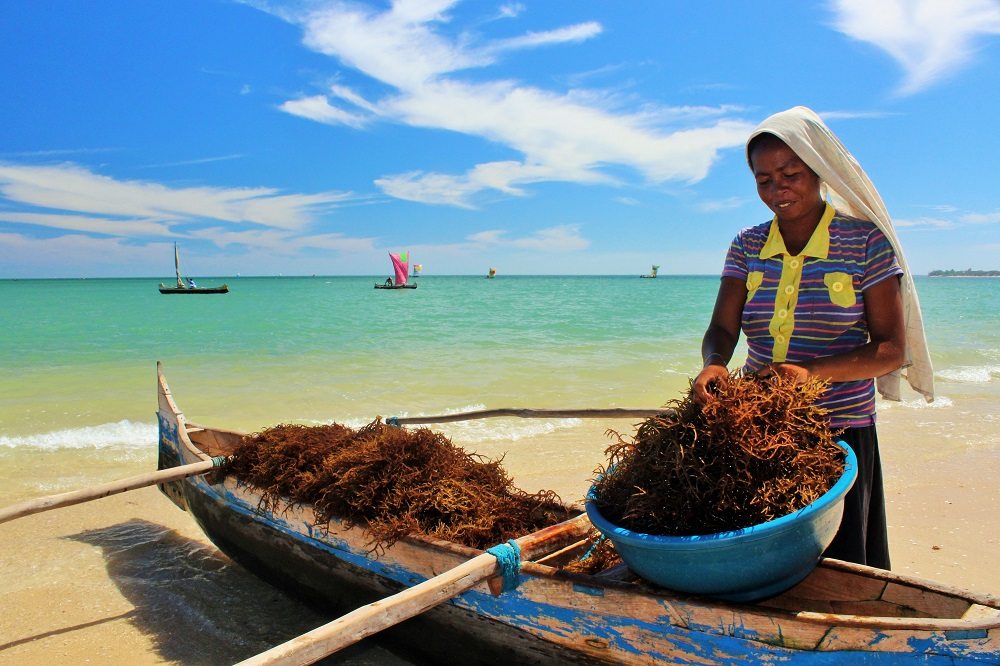 Seaweed farming has been established in eight villages in the Bay (Ifaty, Mangily, Amboaboaky, Betsibaroke, Madirano, Ambolomailaky, Beravy and Ambalaboy) involving over 300 households. Seaweed sales take place in each village every month. Harvest results to date have been extremely encouraging and show that the seaweed farmers in the Bay of Ranobe are taking to their new livelihoods.

“When I only relied on fishing I could come home with no fish” I am no longer worried about finding food… I can always expect to get something at the end of the (seaweed) growing cycle.  It fits with the Vezo lifestyle because it is not taking away part of being Vezo. It suits Vezo life.  Our extra income depends on what we produce every month but with the money we have made we can make provisions that we could not make before. We have more time and more money and can take care of our family better. Things I didn’t have before or couldn’t afford, I now can have.”

Ferolle, a seaweed farmer from the village of Ifaty. 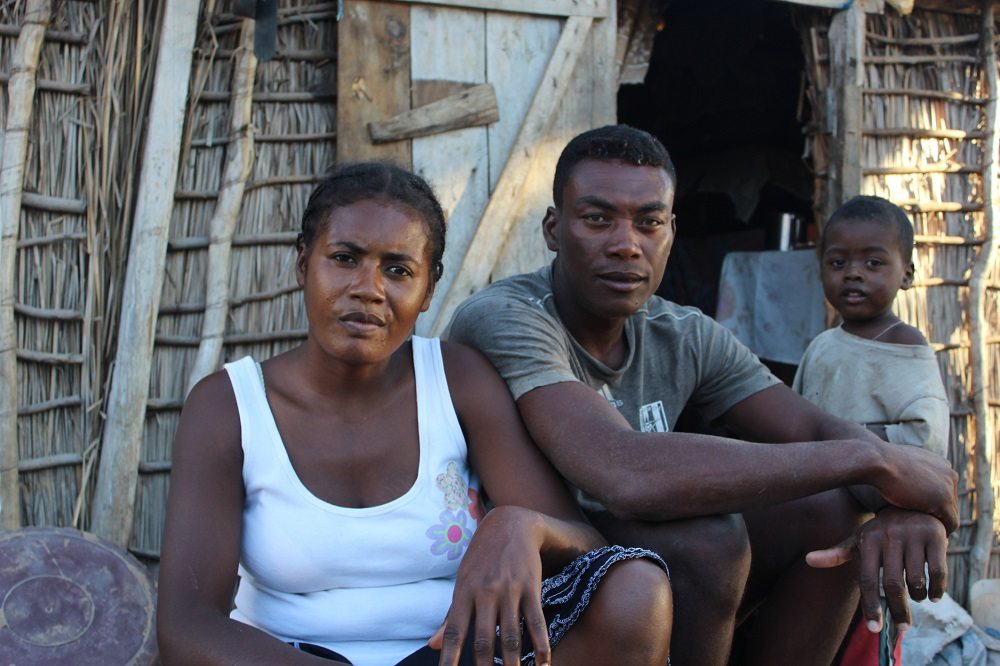 In addition to income earnt through the selling of dried seaweed, seaweed community technician positions have provided meaningful employment in the region. Seaweed technicians assist new farmers in developing their farms, ensuring best farming methods are adopted and the highest productivity is achieved. Employment as a seaweed technician allows seaweed farmers to develop their leadership and organisational skills, while reinforcing the knowledge necessary to be productive seaweed farmers. Such capacity building ensures that communities develop sustainable seaweed farming businesses, of which they have ownership. Continuous biological and environmental assessments of productivity ensure the optimisation of local aquaculture production and facilitate a future expansion of the programme bay-wide.

At the end of 2016, the Madagascar Ministry of Fisheries officially placed Ifaty’s debarcadere (government fisheries landing building) under our management. This debarcadere is now being used as a centre for sustainable livelihoods activities in the village including seaweed sales, and storing dried seaweed and equipment. 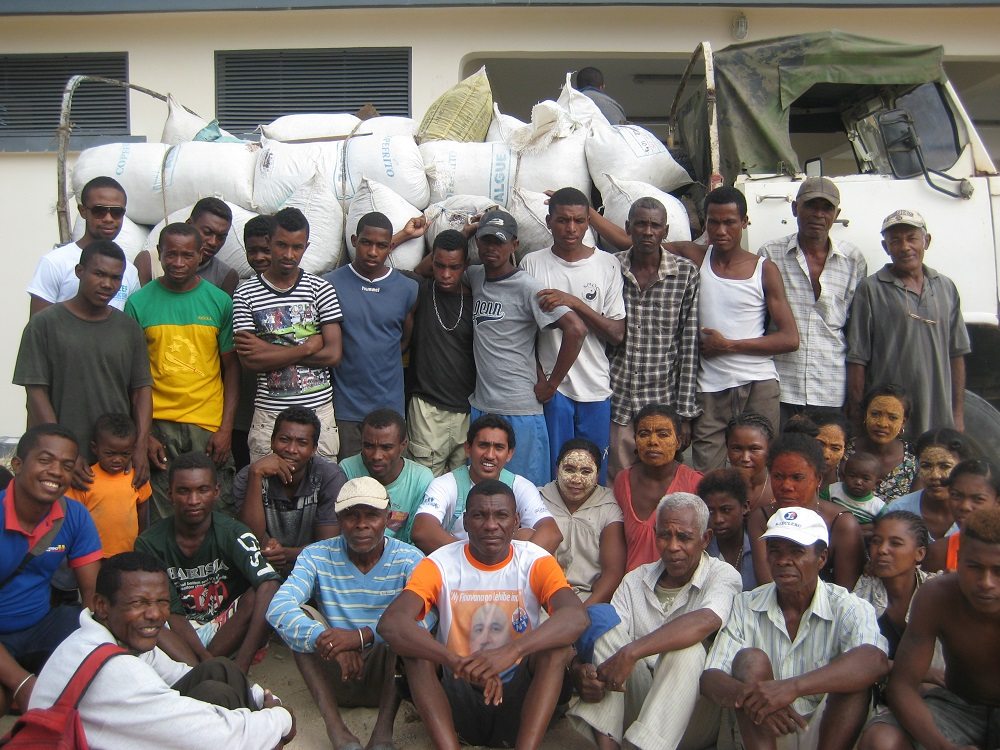 In providing rural fishing communities with the tools, resources and support to implement a robust seaweed aquaculture programme, we help establish their capacity to develop food security, economic growth and increased wealth. Seaweed cultivation encourages long-term management of marine resources, as communities realise that in order to maximise the growth of their seaweed, the ocean must be kept as healthy and productive as possible. For example, the use of beach seine nets release vast plumes of floating seagrass debris, which often clogs seaweed cultivation lines. For this reason, the village of Ifaty has passed a local law which prohibits the use of this destructive fishing gear. Farmers are excited to be at the forefront of seaweed farming in Madagascar, gladly showing off their farms and the results of their dedication. We are excited to watch the seaweed farms grow, production increase, and communities develop.

It is a long road out of poverty, but for those fishermen now farming seaweed, the first steps have already been taken and they are now reaping the rewards. 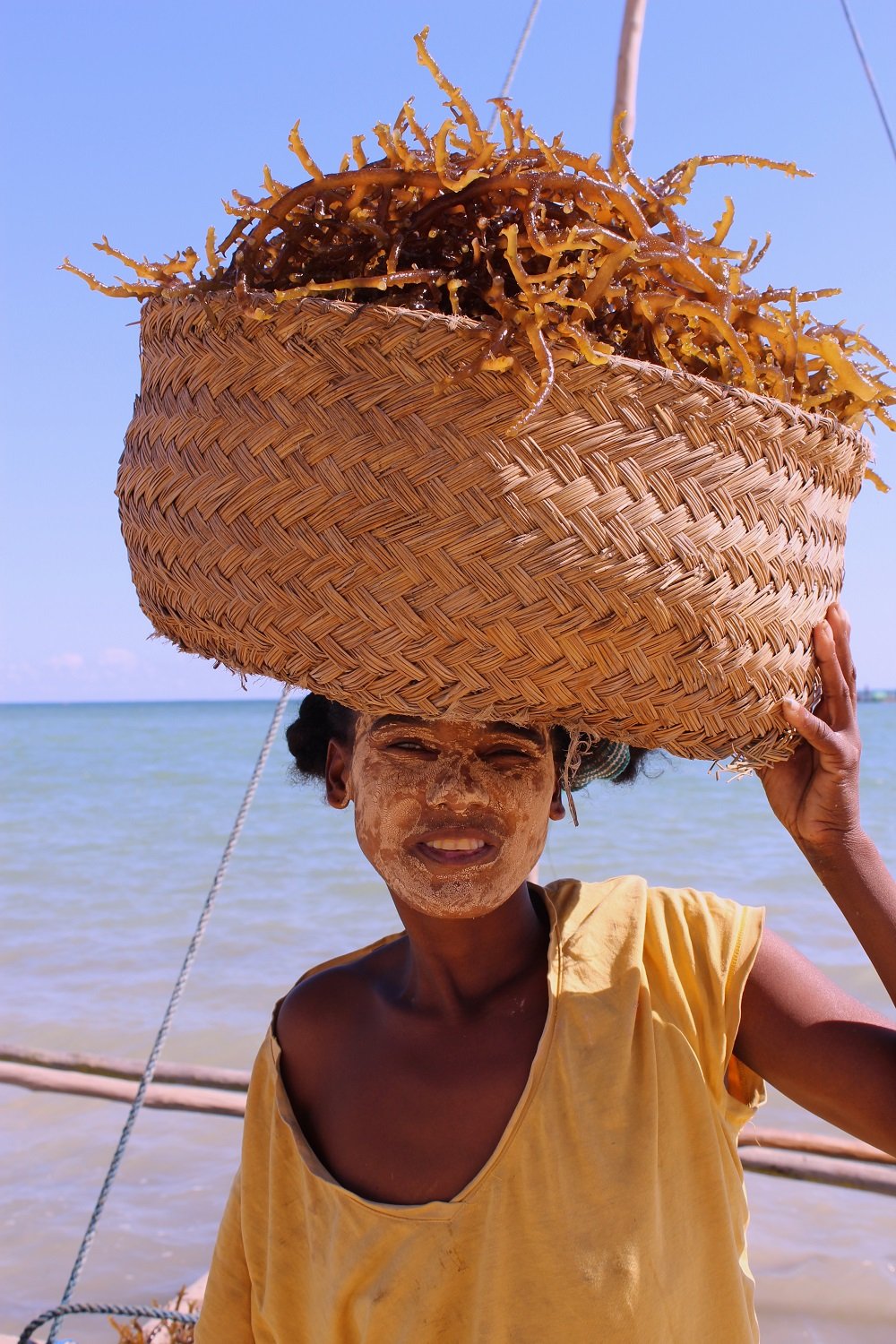