The traditional Vezo fishermen of southwest Madagascar have hunted turtles for their meat, eggs, and oil for centuries. They associate a great deal of cultural significance to turtles; there are many ‘fomba’, or customs surrounding their catch and consumption. While the Vezo hunted these animals sustainably in the past, cultural prohibitions preventing over-exploitation have now mostly died off leaving turtles in this region vulnerable, especially under a rapidly growing population. 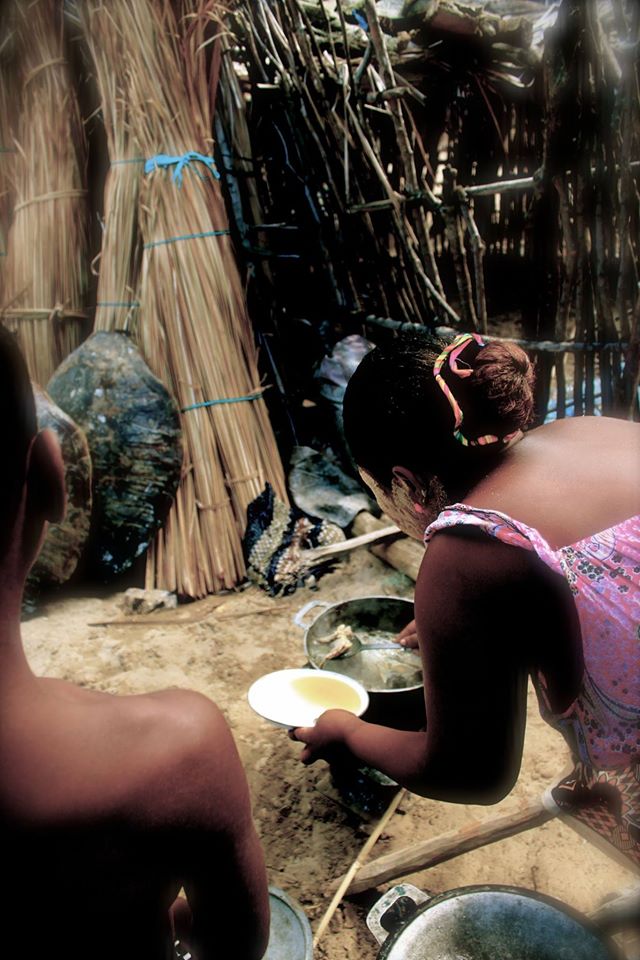 Our research has revealed that since 2011 the number of turtles caught per year and the wholesale of turtle meat has been rising at an alarming rate. The cause behind this dramatic increase can be attributed to a number of factors, the most serious of which is likely the rising levels of poverty and increasing desperation of the local communities. The rural Southwest of Madagascar, where most of the population already live in extreme poverty, is getting poorer. Overexploited fisheries, once the lifeblood of these communities, can no longer provide for an adequate income, and fishermen are increasingly hunting those species with a high market value. Large green turtles regularly sell for $50–60 USD, considerably more than the monthly income of an average fisherman and therefore make an alluring catch. At the same time, smaller juvenile turtles, which sell for as little as $3 USD, are also caught. For desperate fishermen living day-to-day, no catch is ever thrown back, no matter how small, and the harvest of juveniles continues to be a drain on turtle populations.  Turtles once regularly nested on beaches in the Bay of Ranobe, however high levels of exploitation quickly eliminated all the nesting females. Unfortunately, turtles are now captured as they enter the bay to feed.

Traditionally, the sale of turtles was taboo, and their meat was reserved for village elders. These customs helped maintain low levels of turtle harvest. The last few decades, however, have seen a great dilution of fomba. The arrival of coastal migrants, with differing customs, as well as the readily available meat on large turtles have created a strong market. The value of turtle meat increased by nearly 40% between 2009 and 2012. The need to provide for one’s family has taken priority over ancient traditions and opened turtle access. In 2015, large, strong fishing nets, hundreds of metres long and designed specifically to ensnare turtles, were introduced to the Bay of Ranobe.  A sharp increase in the number of turtles caught in the fishery quickly followed.

While the turtle fishery is technically illegal, enforcement agencies lack the resources to effectively police it, and sporadic enforcement only drives communities deeper into poverty and black market fisheries. 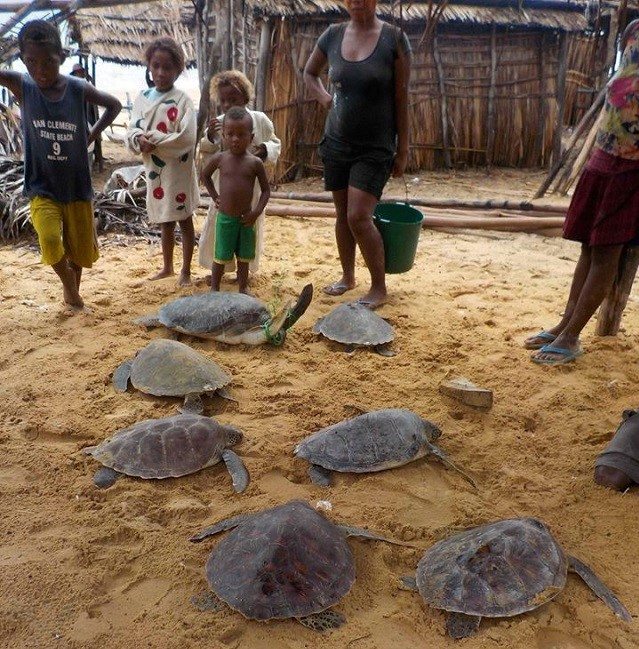 What are we doing to stop the over-exploitation of turtles?

We have established a permanent turtle fishery management programme in the Bay of Ranobe. It utilises traditional knowledge and engages local populations, central to the implementation of a stakeholder participatory approach. We have been collecting data on the marine turtle fishery in the Bay since 2008. The project has been funded by the Rufford Small Grants Foundation since 2008 and the Darwin Initiative since 2014. Our approach is as follows:

Develop the capacity of communities to diversify livelihoods in sustainable marine-based activities such as aquaculture.

Engaging communities in direct conservation actions, such as our turtle tag-and-release programme which attempts to protect juvenile turtles.

Developing the capacity of communities to enforce local laws regarding the hunting of turtles and the sale of their meat.

Working with communities to implement a minimum size limit of 70 cm for landing turtles and a closed turtle fishery season (Dec–March) to help populations recover.

Community conservation efforts have evolved through a grassroots movement by turtle hunters to protect their identity and livelihood through the protection of marine turtles. We helped to establish Fikambanana MPaniriky Miaro ny Fano (FI.MPA.MI.FA), the first grassroots marine turtle fishery management association in Madagascar. This association became legally recognised in 2012. It aims to reduce marine turtle exploitation in the Bay of Ranobe using indigenous knowledge to develop a practical fisheries management framework. 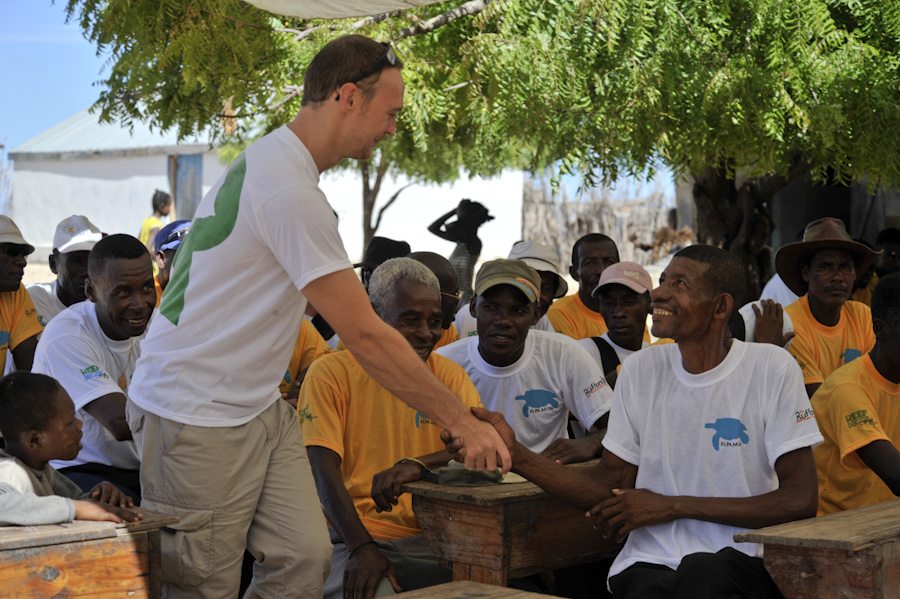 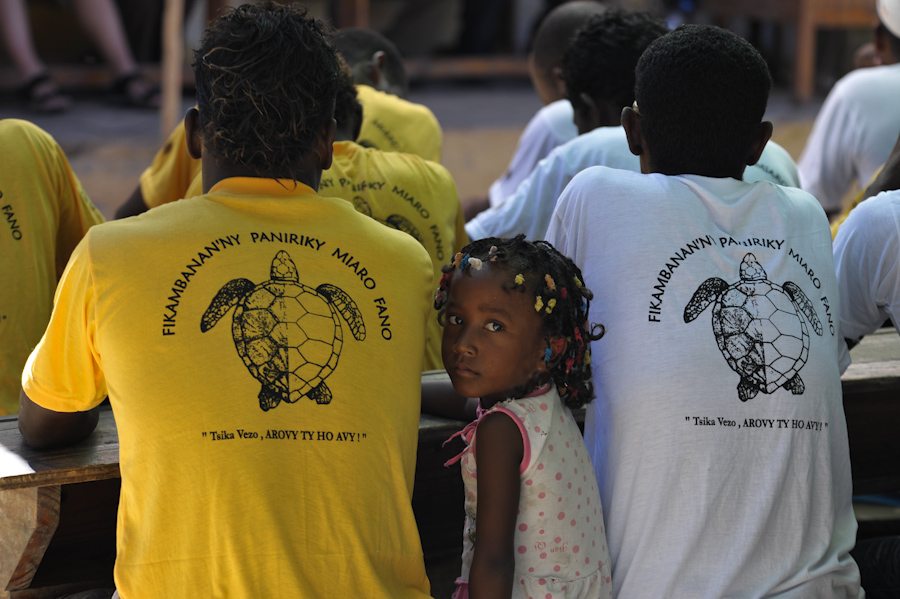 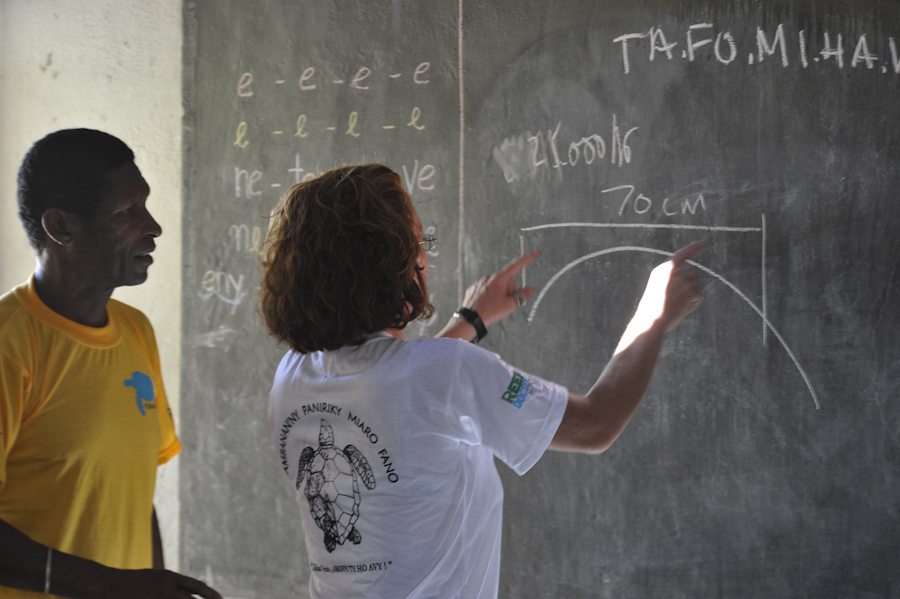 In 2012, we helped FI.MPA.MI.FA establish the first traditional law (Dina), preventing the hunting of turtles under 70 cm curve carapace length (juveniles). This law was implemented throughout the 13 villages in the Bay of Ranobe. Since 2014, any juvenile turtle accidentally caught in fishing nets has been brought to Reef Doctor where its biological information is recorded and it is fitted with a unique tag, with the help of the fishermen who caught it. The fishermen then return the turtle to the ocean. This tag-and-release programme provides an opportunity for fishermen who catch undersized turtles to contribute to their conservation while facilitating the collection of biological data. It has been running in three villages, Ifaty, Andrevo, and Ambolomailaky since its inception. Fishermen are offered small monetary compensation (between 10,000–15,000 Ariary) for each turtle that they contribute to the tag-and-release programme as recompense for foregone catch and their efforts in releasing the turtles.

In 2.5 years, over 1,100 turtles have been saved in this way, representing half of all juvenile turtles caught in the fishery.