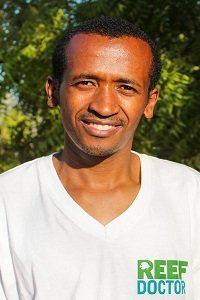 Thierry has a Masters in Biodiversity and Environment from the University of Toliara, which involved research into the conservation status of a dozen endemic, rare and threatened plant species in the valley of Mandrare, in the South of Madagascar. He previously worked as a translator with Sulama on a project on transhumance in the Mahafaly Plateau.  As the Honko site manager, he runs the day-to-day activities, manages the projects implemented in the mangrove as well as the alternative livelihood projects, and welcomes tourists and volunteers together with his team.

Originally from Mananjary, on the East Coast of Madagascar, Théoslas moved to Ambondrolava more than 3 years ago to work as a volunteer coordinator and bird guide. He previously worked for 4 years in reforestation with Madagascar Biodiversity Partnership, a Malagasy NGO. He is an avid bird enthusiast. As a volunteer coordinator, he welcomes volunteers and support them in their research, he is also in charge of the logistics on site. 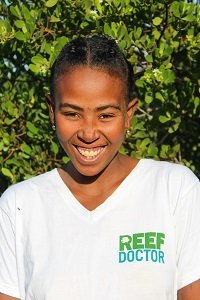 Zarina is from Ambondrolava and has been Honko’s chef for 3 years. Before joining the team, she used to cut reed to sell, now she cooks Malagasy dishes for our Honko staff! 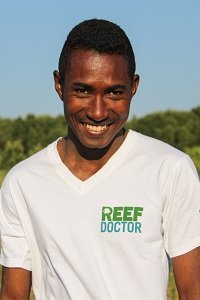 Christian is from Ambondrolava and joined the team in 2015. He works as a guardian and has learnt about the importance of mangroves while working here. Before working in Honko, he was a fishermen, which now him seldom does. 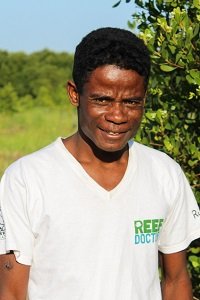 Jeannot has been working as guardian at Honko for 9 years. He comes from Toliara, where he used to be a gardener, farming vegetables and aromatic herbs. He is passionate about mangroves and is well aware of their importance for the environment, fisheries, and the people.

Stephane joined the team in 2014. He is from Ambondrolava and used to be a fishermen but has stopped fishing since he started working as a day guardian at the Honko site. He wants to conserve the mangrove forest because it protects the fish, shrimps and crabs, and he appreciates the beauty of its trees!