Between 2016-2017, the Reef Doctor science team built the very first artificial reef in the Bay of Ranobe, ‘Vato Mahavelo’ as we call it here,  “the rock that gives life”. With tonnes of limestone rocks, cement cylinders and a lot of motivation from the local community and ourselves, we have been able to build a functioning fish refuge and a new fishing ground for the community. This artificial reef has been built 800 meters from Rose Garden, the marine protected area Reef Doctor and the local association FIMIHARA implemented in 2007. At the end of 2017, we implemented a similar project in the south of Anakao Village, in partnership with WWF. This involved the construction of 6 artificial reefs in three different villages essentially in order to create new habitats for octopus.

Last month, Reef Doctor started a new and exciting artificial reef project in the Bay of Ranobe made possible by a grant from the Waitt Foundation. This project, as a continuation of our work near Rose Garden and in three villages South of Anakao (see previous blogpost), will create an artificial reef site near Vatosoa, consisting of bommie structures built with locally abundant limestone. Once established, the WAITT artificial reef will benefit the local communities of several villages; after a few months of protection (from fishing activity), the new artificial reef will be opened as an alternative fishing area for Mangily, Amboaboake, Madiorano and Ambolomailaky which will represent several thousands of people. By doing so, we aim to provide new viable habitats for marine life, bolster local fish abundance and fishing yields, and reduce fishing stress on overfished reefs. 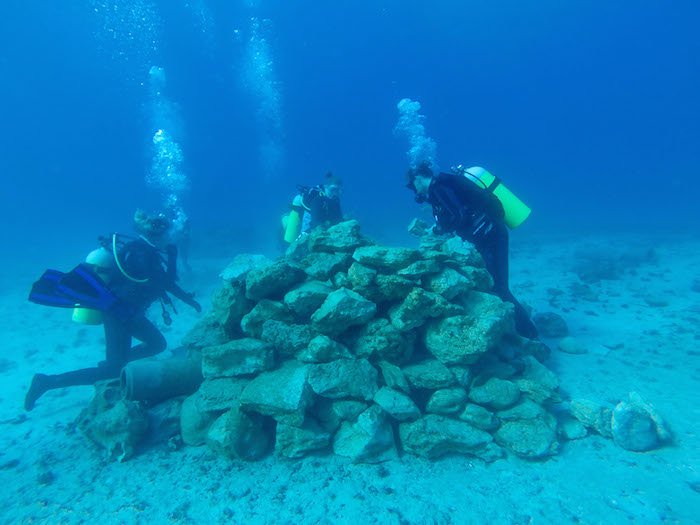 Throughout January 2018, we have been gathering different stakeholders that will be involved in the implementation of this project such as the local fishermen association FIMIHARA, the presidents of the different villages involved and also the ministry of fisheries. In mid January, our Head Science officer and administrative members of Reef Doctor had the very first meeting with FIMIHARA on the implementation of the future artificial reef. Several questions were raised: where it will be built, when, what materials, who and how? Above all, we talked about the opportunity to create a new Marine Protected Area. In fact, if the artificial reef is a success as a new fishing ground, Vatosoa could become a new MPA. Currently Vatosoa is an important fishing area and is extremely rich in biodiversity; we hope the artificial bommies will reduce the current fishing pressure on this site. 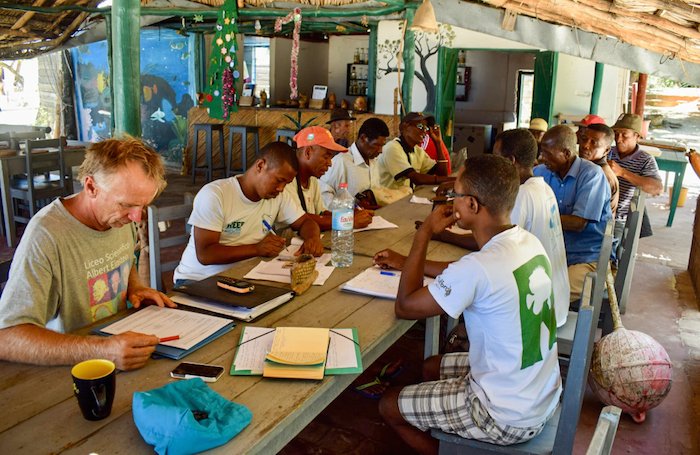 To carry out this project, we need a lot of people to work with us to carry the rocks from the carriers to the beach, by Zebu cart for instance, then to the artificial site by pirogue and finally to build the bommies underwater. Moreover, one of the most important things is to raise awareness amongst the local community. In Madagascar, just like in many other places, building something in the water requires the approvals of the presidents of each village and their inhabitants, and sometimes even sacrificing a Zebu. If we want the fishing community to respect the artificial reef, they need to understand what the goals are, how it works and how they will benefit from it. In February, FIMIHARA members were in charge of raising awareness in four villages as well as organising the transportation of materials. 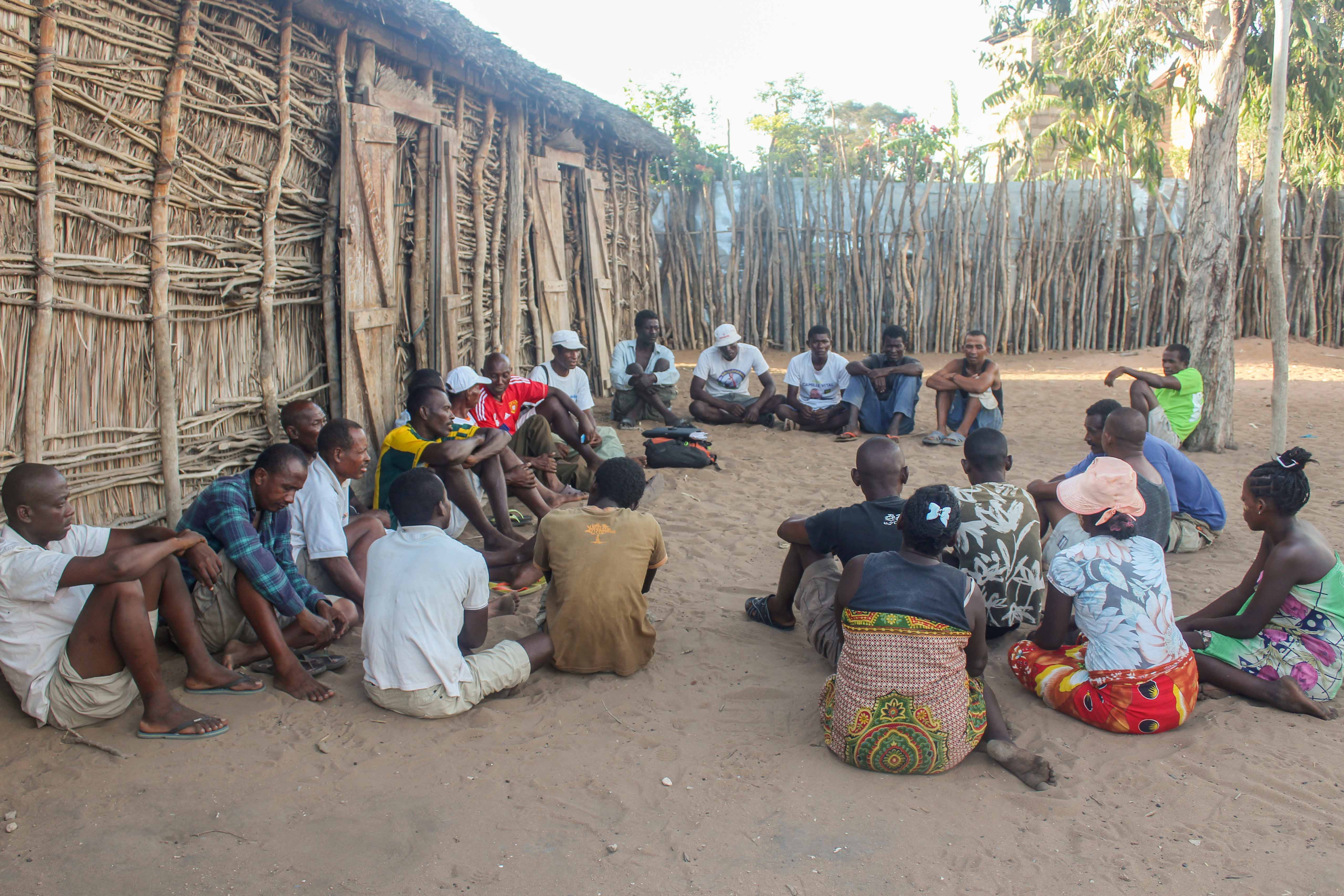 Once all the formalities were discussed and the management plan established, we were then able to go diving at the future site. The aim was to find a site approximately 100 meters away from the actual reef at Vatosoa, which we hope, once the artificial reef is implemented, will be proclaimed as a new MPA. 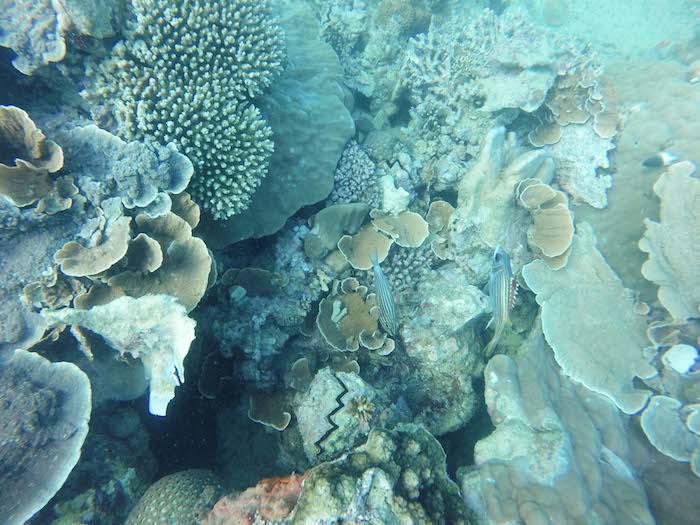 In mid January, when the weather started to be more clement, our Head Science Officer Roberto and our diving team (science officers and divemaster interns) equipped the boat and headed out to Vatosoa with painted buoys, rebars, waterproof slates and cameras, with the objective to find the area that will welcome the future artificial reef. The site search wasn’t an easy task. As Vatosoa is located not far from the north pass of the Bay, the current is often stronger than where we usually dive, and therefore the visibility is not always good. In addition, the site is surrounded by seagrass and muddy fields, and therefore too soft to build anything on it. After two unfruitful dives, Roberto and his dive buddy found a sandy area with hard substrate (hard enough for the bommies to stay in place). The place is quiet, during slack tide, the current is weaker and we were swimming around a few small -natural- bommies and big barrel sponges. The area is bigger than we expected, surrounded by seagrass and only around 250 meters away from Vatosoa. This site perfectly fits our criteria and will enable us to have a 30 meters wide and 50 meters long site for the future artificial reef. The next step will be to return to this little square marked with 4 little red buoys in the middle of the Bay of Ranobe and conduct a first baseline survey. 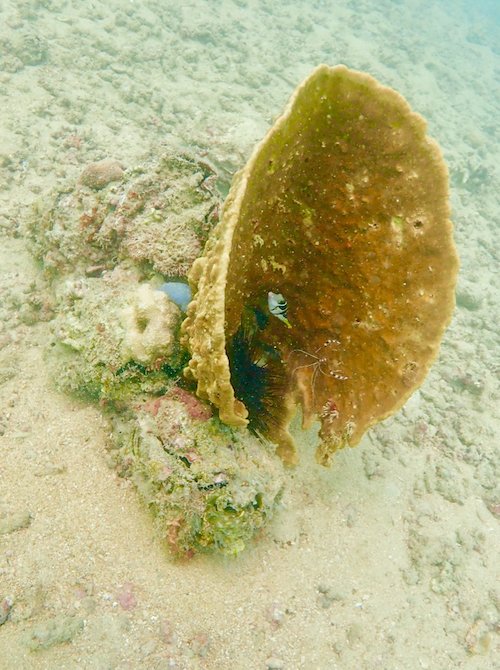 After the establishment of baseline data, the artificial bommies will be built with help from local villagers and piroguiers as well as Reef Doctor interns and volunteers. Upon the installation of the artificial bommies, we will be closely monitoring changes in the ecological communities for the following 9 months. In addition, fish landing surveys will be conducted in Ifaty, Mangily, and Ambolomailaky in an attempt to reveal the effects of artificial reef establishment on fish catch. By the end of 2018, we expect to see an increase in fish diversity and abundance, especially in juvenile fish and invertebrates. This may in turn translate into an increase in fish catch, which is the ultimate outcome this project aspires to achieve. 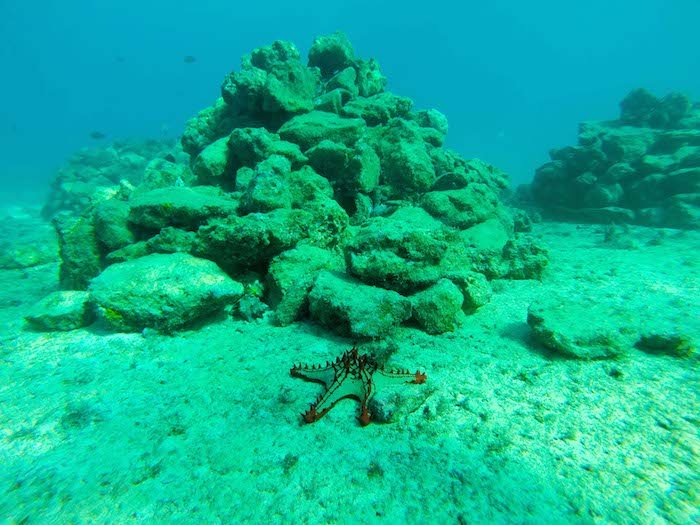 Thanks to our Science Officer Martin Wong for securing the grant with the Waitt Foundation and making this project possible.