Drawing from the success of the artificial reef establishment in the Bay of Ranobe, Reef Doctor replicated this effort in three villages south of Anakao: Beheloke, Besambay, and Tariboly through a field project last month. Funded by World Wildlife Fund (WWF) and supported by the WWF Toliara Office, this project building artificial reefs in the coastal environments aimed to create new viable habitats for fish and invertebrates. This in turns may translate to a potential increase in fisheries catch, which can benefit local communities whose lives depend mostly exclusively on the coastal marine resources. 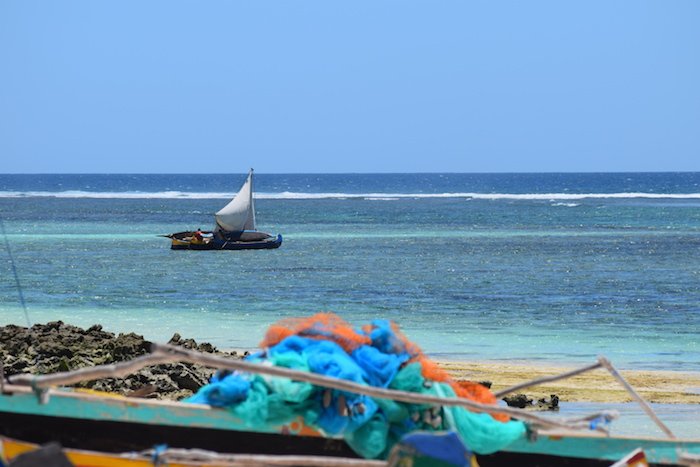 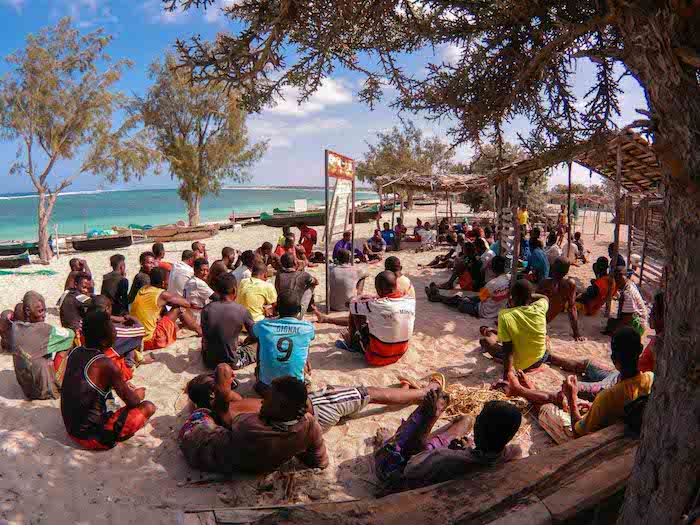 A field team from Reef Doctor, led by Head Science Officer – Roberto Komeno, went on a mission down south from 13 to 30 November. Upon our arrival, we had a meeting with the President and villagers and demonstrated them how to create octopus habitats, which were then to be built continuously in the following days to be placed at the artificial reefs. We also checked out different sites and chose the ones that were most suitable for installing the artificial reefs. At these chosen sites, we surveyed the abundance of fish and invertebrates to establish a baseline for the current state of ecological community composition. 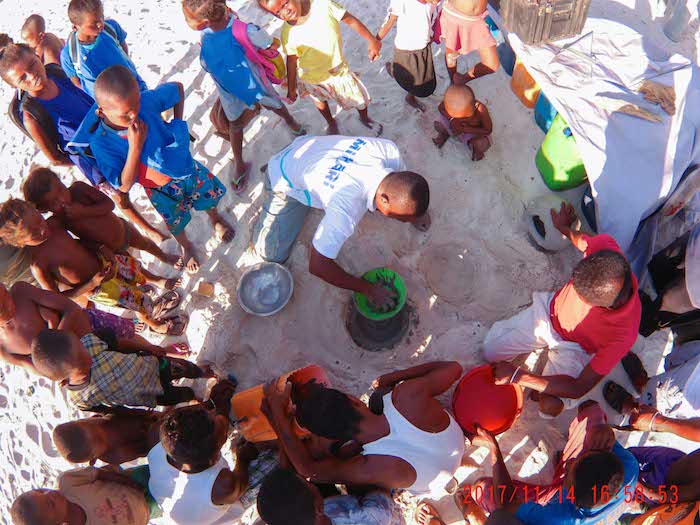 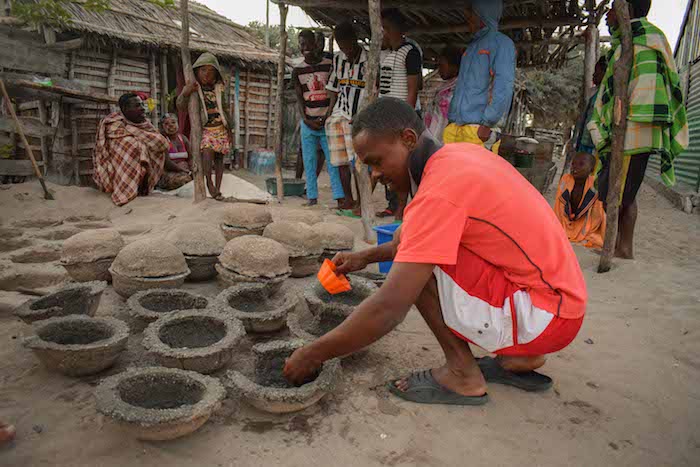 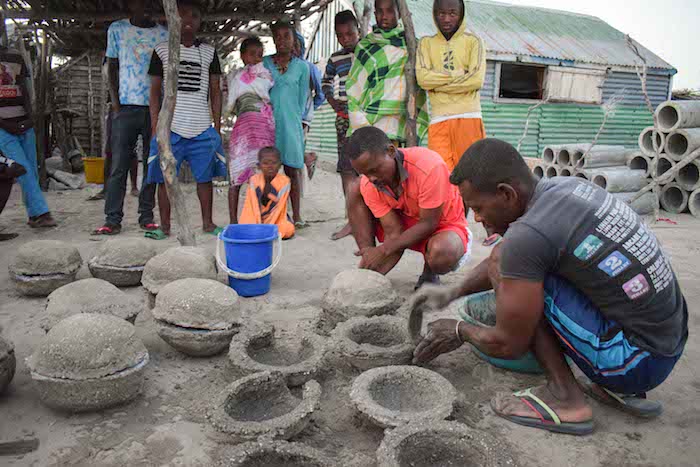 In the following days, we built 12 artificial bommies made of locally mined limestones in each village and placed 48 octopus habitats made of cement created by local villagers. The building process was quite intensive as we dove 3-4 times a day and lifted bulky limestones during the entire dive. Yet, thanks to the leadership of Roberto and the help of Reef Doctor’s staff and interns – Cory, David, Jack, Lana, Margot, Martin, Razvan, we were able to accomplish our set goals by the end of our mission. 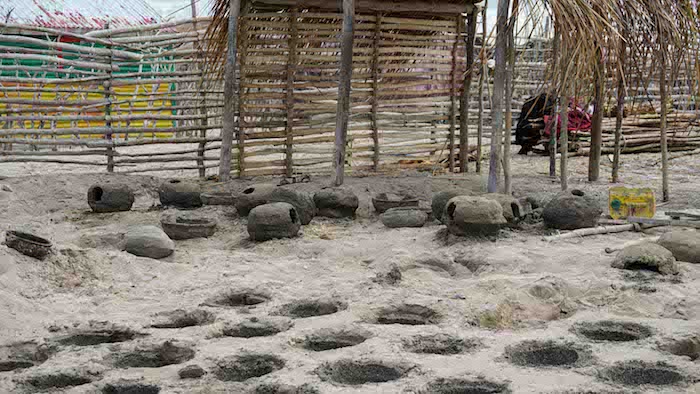 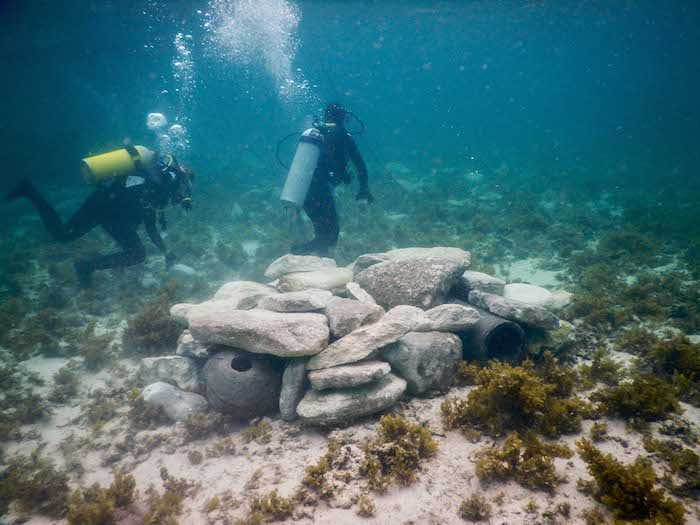 Next year, we will go back to these villages to survey again the abundance of fish and invertebrates. These data can then be compared with the baseline data and allow us to assess impacts of the artificial reef establishment on the ecological communities. In the future, we are also looking forward to replicate this effort in other coastal environments in the region, offering a practical and reproducible solution to improving the well-being of the coastal communities and their environment. 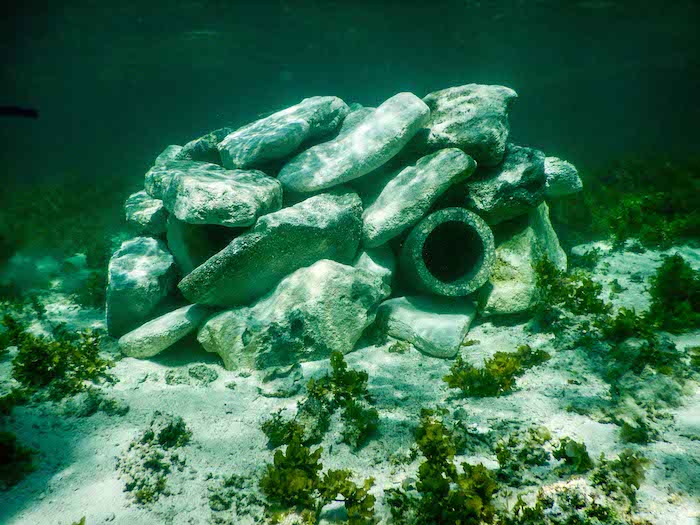