The Bay of Ranobe is largely enclosed by a barrier reef and its calm waters require careful stewardship to prevent overfishing. By increasing the areas within the bay that are populated with coral, additional habitats for fish spawning and feeding will become available, increasing the general fish population and ensuring a more sustainable fishery. It is also hoped that rich coral environments will attract more tourists and create new types of livelihoods for people here.

Transplanting coral starts with searching for ‘corals of opportunity’. These are broken bits of hard coral that are detached from their former colonies during storms or contact with fishing gear. We have favourite spots where we search around the likely types of coral on the seabed. I was surprised that fragments as small as my little toe can be viable for transplantation. If we did not gather these fragments, it’s unlikely that they would form new colonies where they fall. Gloves are necessary to handle the fragments- oil on human skin can damage coral, (and some coral can damage human skin!); then we place them in zip lock bags under water. Back on the boat, they are placed in a shaded bucket as we motor to our next destination, either a coral nursery or artificial reef site. We take care to keep the fragments cool, to prevent them from secreting mucous, a sign of stress.

If the fragments are destined to be placed straight onto their next permanent home, we dive with minimum delay, moulding epoxy on the boat and remembering to work it to keep it soft, as we descend to the reef. Once we have found a suitable small depression in the substrate (usually rock or dead coral), we clean any algae away with a toothbrush and mould epoxy around the base of the coral fragment to hold it in place. Over the next day or so, it hardens. In time, a successful coral transplant’s polyps will start to encrust over the epoxy and the substrate, and a thriving colony will form. 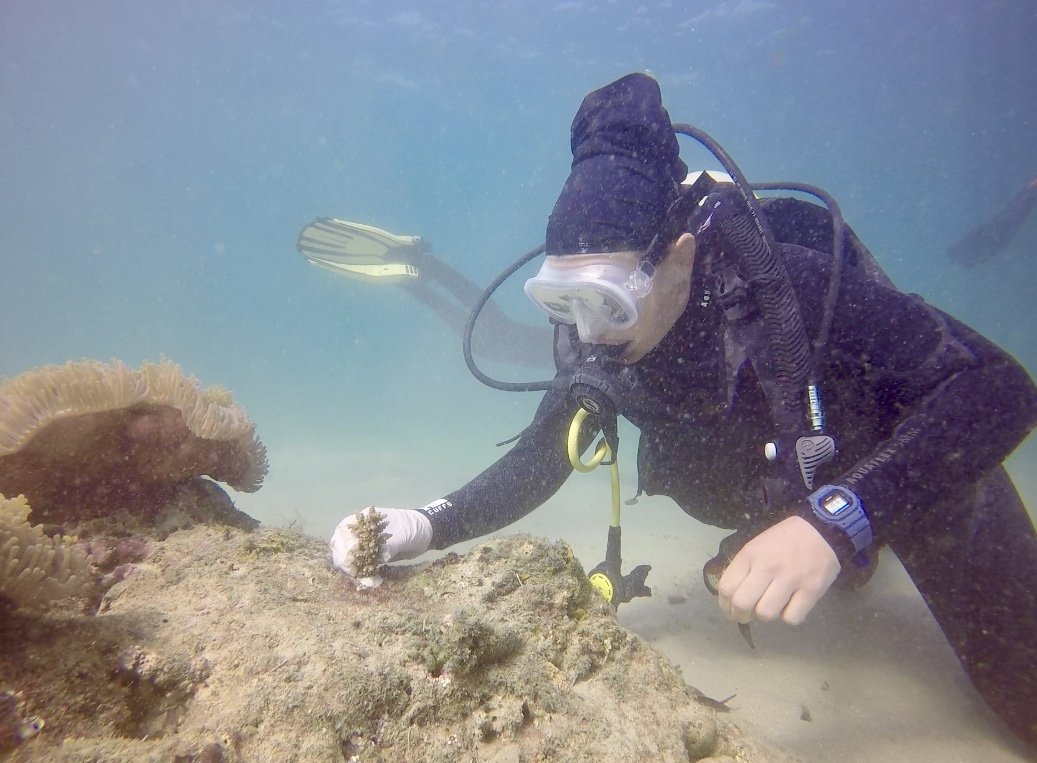 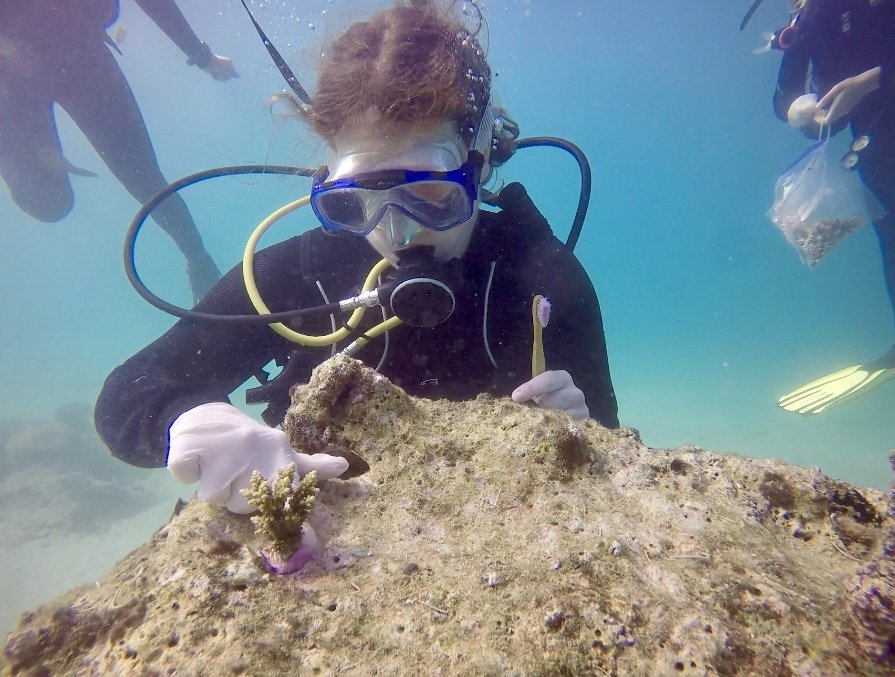 If we don’t have a new permanent site for our coral fragments, we place them in a coral nursery. Before we dive for the second time, we superglue the live fragments to pieces of dead coral; the dead coral can then be affixed to underwater structures such as tables or metal rebar arches with cable ties. The live coral will start to encrust over the dead coral, instead of over the nursery structure, which makes it easier to perform the transplant once a new permanent home is found. As with any garden, we check on it frequently, and clean away algae (with toothbrushes), from our coral ‘babies’ weekly.” 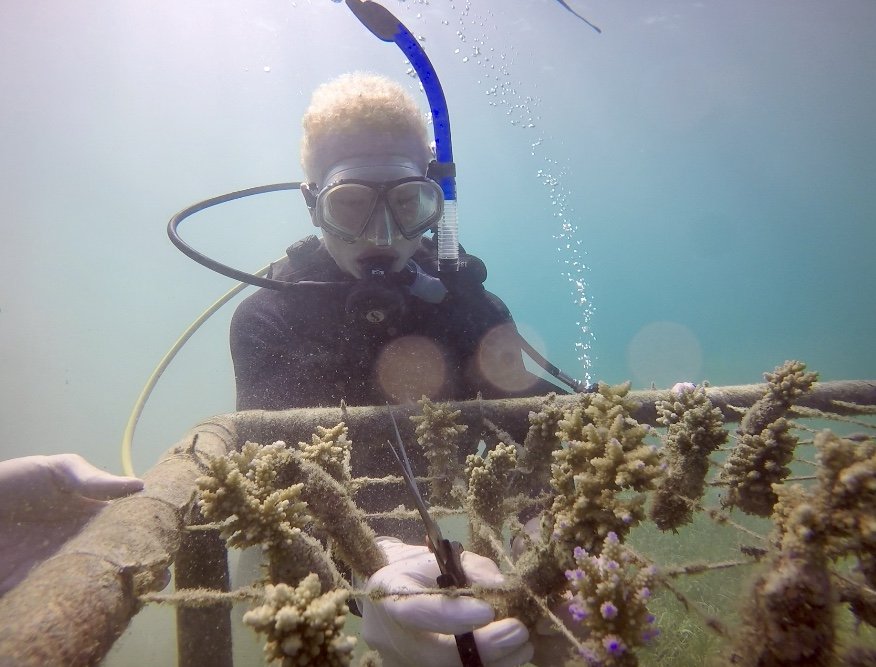 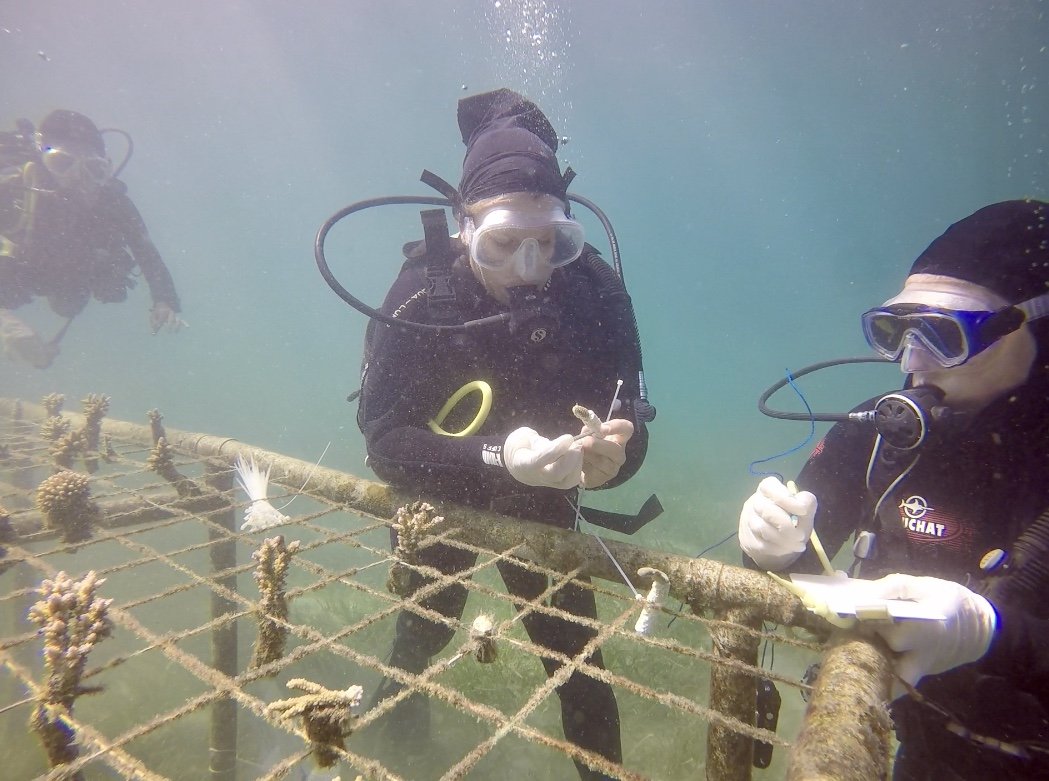 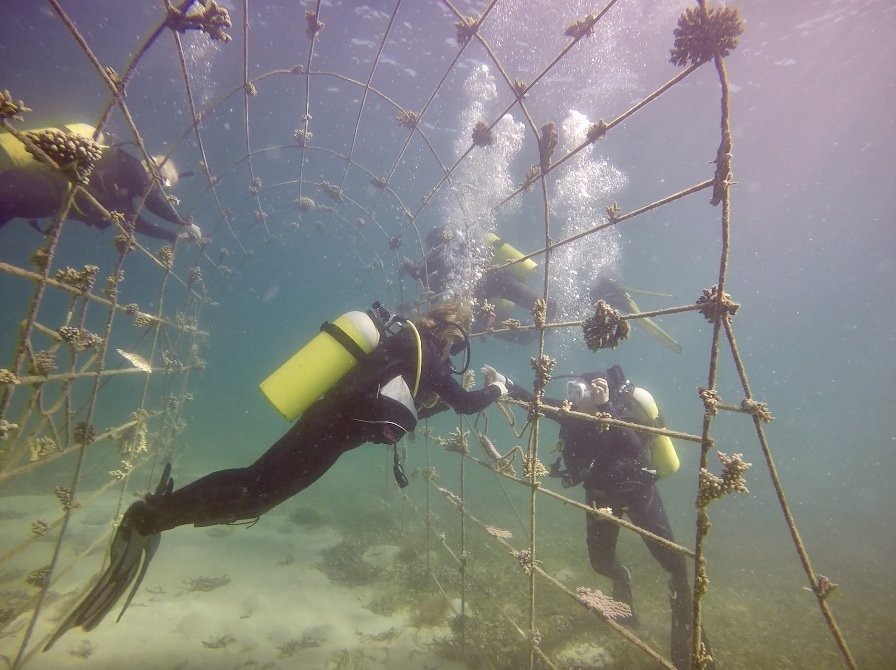