Seaweed farming continued to grow across the Bay of Ranobe in April, with record harvests in the villages of Amboaboaky and Ifaty.  The former sold a total of 382 kg, and the latter an impressive 2,837 kg of dried seaweed.  Together with farmers in Mangily, seaweed farms in the bay generated 1,723,000 MGA.

After the large sea cucumber harvests last month, sales this month were more modest in the villages of Andrevo and Ambolomailaky.  A total 688 sea cucumbers were harvested from community managed farms, with a value of 2,903,000 MGA.  The total income generated by the Darwin Initiative-funded alternative livelihoods in April was $1,468 USD, money that would not otherwise be available to these rural communities.

Last month, we introduced you to Ferolle and Vola, husband and wife seaweed farmers from the village of Ifaty.  This month, ReefDoctor Communications Officer Ivana Rubino travelled to the village to Ambolomalaiky, to meet to sea cucumber farmers Lera and Soahasy Raberzery. 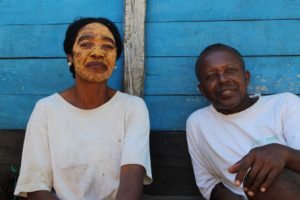 Lera pauses for a moment, and looks off in the direction of the sea.  His pens are not visible from his house, but one can see that his thoughts are out there in the water.  We are sitting by the house he shares with his wife Soahasy, on tihy, traditional mats made of leaves.  It is early afternoon, siesta hour, and there is a quiet stillness to the family compound.

“It would be different for me if the project was not there. I could find money but it isn’t the same.  I could buy pots if I work in the same job I had before but I could not manage to pay for something that has a big value like [improvements to] the house or anything like that”.

“We see that there is a change in our household”, Sohasy adds.  “For instance we have a vondro house and we can change it step by step to be made of corrugated metal”.  Vondro is the typical construction material for Vezo houses.  It is a form of dried reed that is relatively inexpensive, but does not last long and offers limited protection from the elements.  The income earned from sea cucumber farming allows such investments that would otherwise be prohibitively expensive.

“I can see that it helps a lot for food that we have in our household,” Soahasy continues.  We encountered Soahasy earlier this morning, maintaining her sea cucumber pens.  She talks now with the same sense of energy which with she cleaned her pens.  She is clearly happy to talk about her experiences with sea cucumbers, and list the changes in their lives since they began the project.

“Our children don’t go to the public school, they can now go to the convent school,” she says.  Public schools in the region are typically under-resourced, over-populated and provide only a basic level of education.  This low level of education makes it very difficult for people in the village to find suitable employment.  As a result, they turn to fishing as a way to eke out a livelihood.  In providing quality education, Lera and Soahasy are offering their children a future that is not entrenched in poverty.

“It changed our life a lot.” 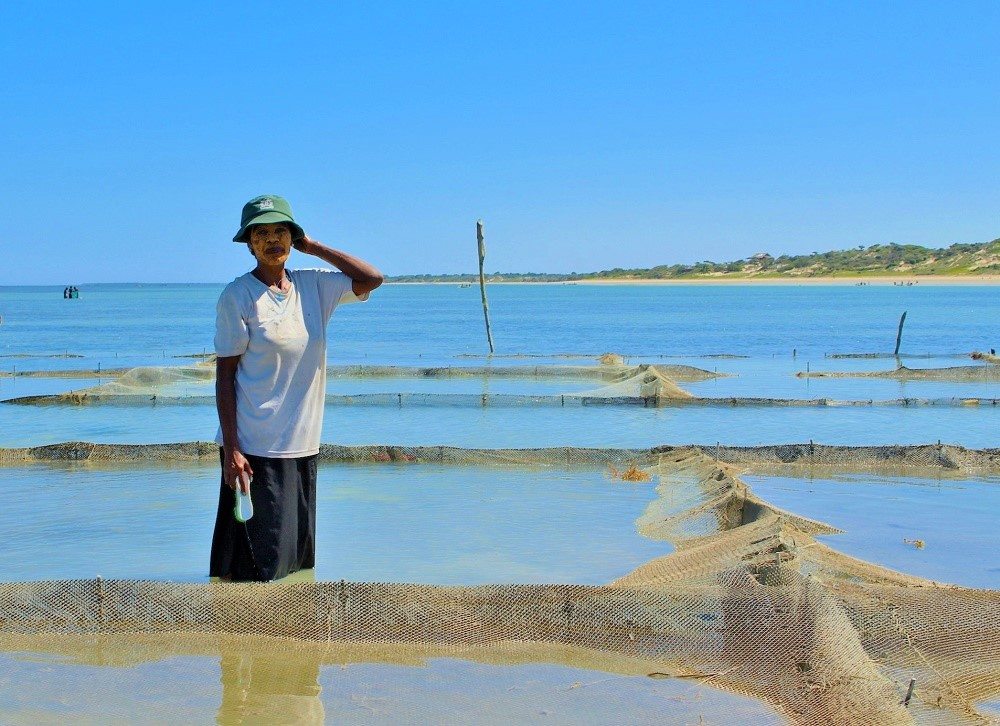