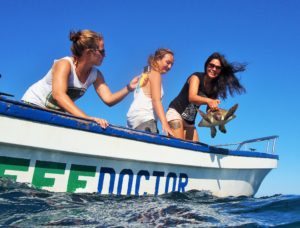 Today is World Turtle Day and here at Reef Doctor we focus heavily on turtle protection. There are seven species of turtle in the world, with four of these seven species classified as endangered according to the IUCN Red List of Threatened Species.  In southwest Madagascar, five species occur naturally, however the most common type of marine turtle in the Bay of Ranobe is the Green Turtle (Chelonia mydas), so named because of the layer of green fat under the carapace (turtle shell).  We also see the occasional Hawksbill turtle (Eretmochelys imbricata), a critically endangered species.

Sea turtles face many threats; plastic pollution, nest predation, changes to beach structure associated with urban development, boat strikes, by-catch, and of course, ubiquitous climate change.  However, around the Bay of Ranobe, they are also the target of a commercial fishery, despite being a legally protected species. 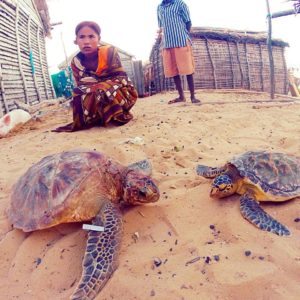 eef Doctor, with assistance from The Rufford Small Grants Foundation, investigated the role of turtle fishing in Vezo culture, to understand the social and economic importance of these animals to local coastal communities.  We identified that the once highly revered role that marine turtles played in traditional ceremonies was largely eroded, with a greater value placed on their meat for direct consumption, or sale.  Madagascar is one of the poorest countries in the world, with 95% of the population living in poverty (World Bank, 2015).  The average daily income for a fisherman in the Bay of Ranobe is around 2,000 Ariary.  When a large green turtle can easily sell at market for 200,000 Ariary, it is easy to understand the economic incentive to catch this species. 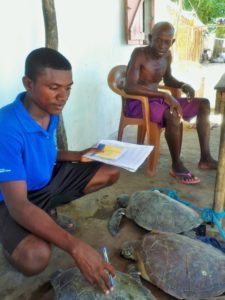 hed FI.MPA.MI.FA, a local association of fishermen and turtle hunters who were concerned about the sustainability of this resource.  The result was signing into local law the first community-led marine turtle fishery regulation, a minimum size limit.  Initially set at 50 cm curved carapace length, this size limit was later increased to 70 cm, to fully protect juvenile turtles that have not reached sexual maturity.

To compliment this regulation, a tagging and alternative livelihoods program was established with assistance from the Darwin Initiative.  Under this programme, turtles caught under the size limit are brought to Reef Doctor where our team of trained staff and volunteers record specific information about the turtle such as size, where and how it was caught.  A unique identifying tag is then placed on the turtle, and it is released back into the ocean.  Data is shared with the Kelonia marine turtle observatory in Reunion, and within Madagascar to inform management authorities and guide fishery policy.  Data is also used to monitor the success of Reef Doctors’ other turtle protection programmes.

Last year, over 600 juvenile turtles were tagged and released – a substantial step forward in the protection of these beautiful species! 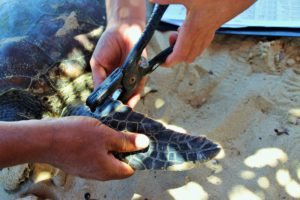 What’s it like tagging a turtle? At Reef Doctor volunteers have the opportunity to tag turtles. It’s a simple procedure to perform and once you get over the squeamishness, it’s not so bad. For those of us who worry about hurting the turtle (yes the non scientists!) it helps to bear in mind that despite the turtle having a really terrible day being caught (often with a spear gun) and dragged on land to be tagged, at least they don’t end up in a cooking pot! 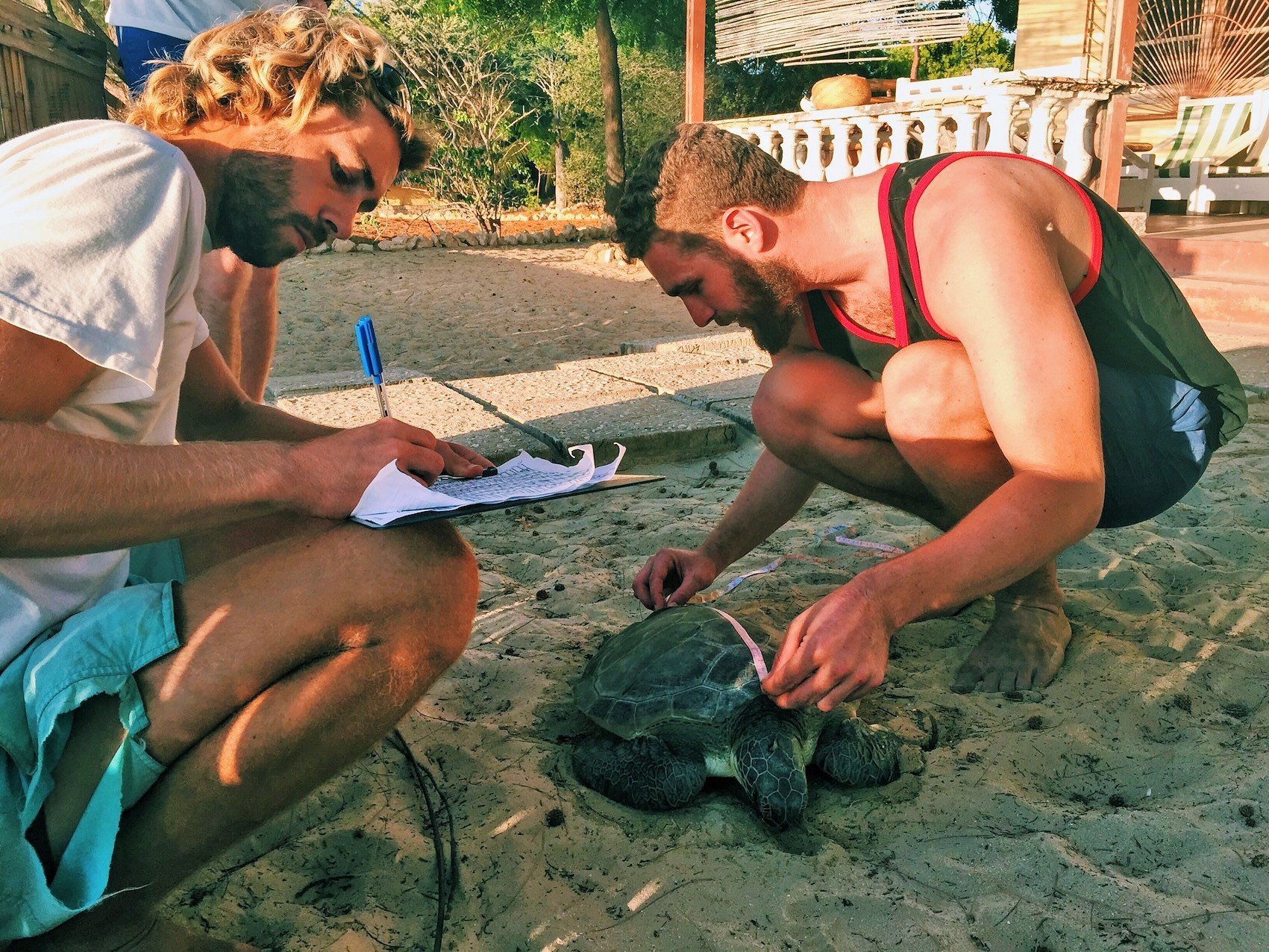 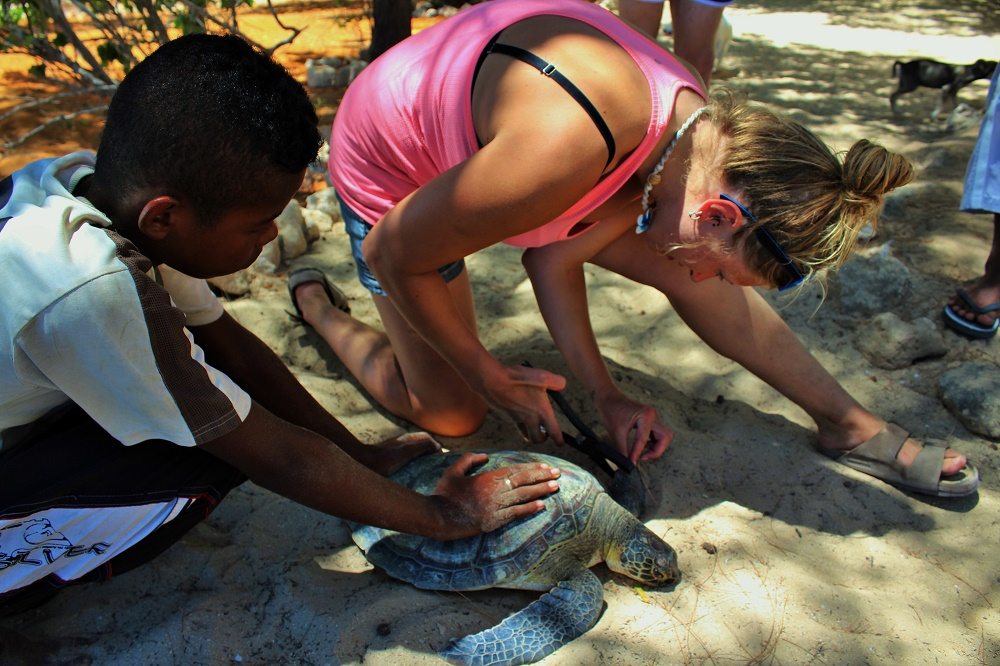 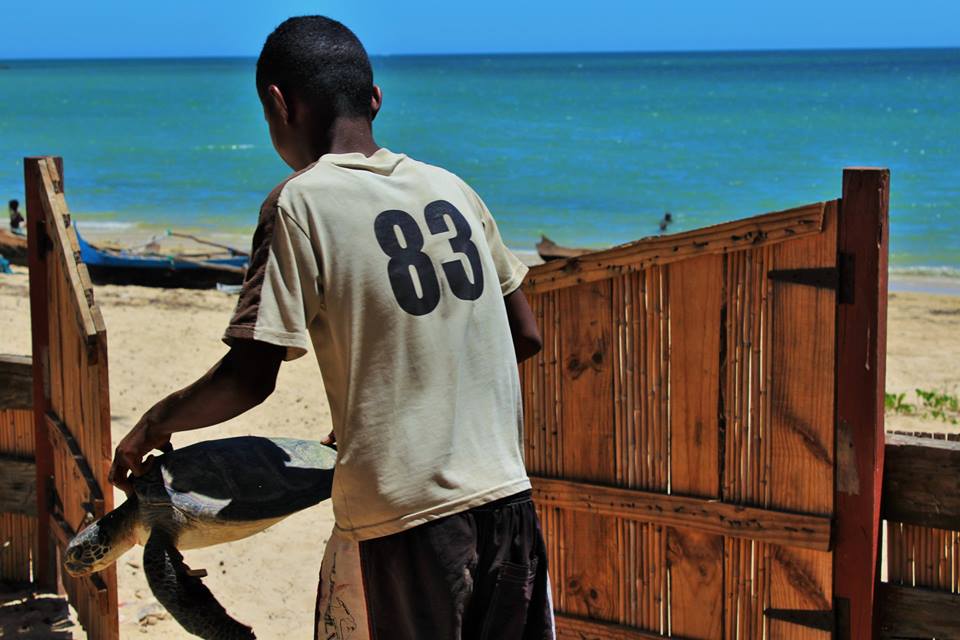