Seaweed farmers across the Bay of Ranobe were busy in May, finishing upgrades to their farms
which allow an increase in productivity. As part of the on-going support Re

ef Doctor provides to participants in this Darwin Initiative funded programme, seaweed farmers received extra materials and training in a new method of attaching seaweed to their rope – an improvement which allows them to grow more seaweed on their existing farm. The benefits of this new technique were quickly realised, with three out of five villages engaged in the programme boasting record harvests. Combined, the villages of Ifaty, Mangily, Amboaboaky, Ambomolailaky and Betsibaroke sold 9,376 kgs of dried seaweed, an increase of 66% from the last sale in those villages.

Combined with the income generated from sea cucumber harvests (400 sea cucumbers sold from the village of Andrevo), participants in our alternative livelihoods programme received 6,355,500 MGA in May. That’s the equivalent of $2,012 USD, and a 37% increase since last month! All told, the results from May suggest that seaweed and sea cucumber farmers are embracing their new sustainable livelihood, and looking forward to a brighter future. 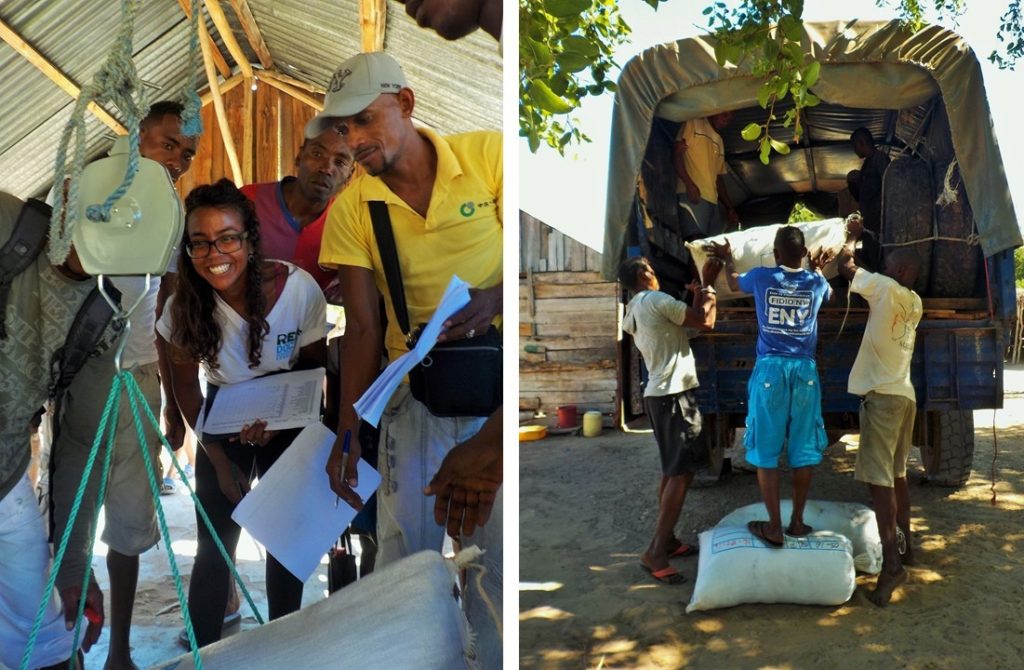 Continuing with our farmers’ profiles, this month we would like to introduce you to Melene, who farms seaweed with her brother Joany. Reef Doctor communications officer Ivana Rubino met with her at her home in Ambolomailaky. 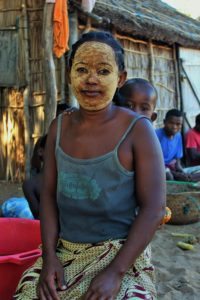 Melene skilfully removes scales from a basin of fish at her feet. Around her, family and friends help with the preparation of food. They chatter back and forth in their fast-paced Vezo dialect. It is late in the afternoon and Melene’s compound is busy but relaxed with people coming back from fishing, farming and other activities. Children are playing and eating corn on the cob. A group of watchful women attend small portable stoves filled with charcoal – the only cooking fuel available in this region. The smell of frying fish permeates the air.

“I started farming seaweed because it is good for us”, Melene says. She gestures towards the basin full of large fresh fish at her feet. “To buy fish like this”. Melene’s seaweed farm helps with some of her family’s most pressing needs, like food security, but they still struggle with larger expenses. “It is not enough for now. My seaweed is like that,” Melene says, pointing to a small sack of dried seaweed, worth about 5,000 Ariary. It is a small harvest, but she is optimistic. “It is still good, my seaweed is growing well. I work in the sea three or four days a week. The problem is I don’t have a pirogue. We use someone else’s pirogue. I will find a pirogue to go there every day”.

Melene is different to many seaweed farmers in the Bay of Ranobe. The majority of farming households are comprised of husband and wife teams. Generally, the husbands look after the seaweed in the water, while women take care of the on-land activities, such as drying and preparing the seaweed for sale. While there are female seaweed technicians, water beyond the intertidal zone is still considered by many to be the working place of men. Women traditionally stick to the intertidal zone, collecting urchins, octopus, or whatever else they can find living among the rocks. The money found from gleaning the intertidal zone is small in comparison to the income that can be found fishing the deeper waters of the bay – the money that men bring into the household. For Melene however, who borrows a pirogue to brave the deeper waters, seaweed farming is an opportunity to provide for her family. “I am more respected in my household when I do this [farm seaweed]”, she says.

Particularly in the rural areas of Southwest Madagascar, a male-dominated society prevails. The Olo Be, or village elders, who settle disputes and preside over each community, is exclusively male. The opportunity for women like Melene to work and lead her household gives them a voice in public life. Melene speaks confidently while she works, clearly comfortable being the spokesperson for her family. She acknowledges that her farm is still small, and will have to grow to provide all the necessities for her family, but what strikes me is her self-assuredness. “I will find a pirogue to go there every day”, she said. Not ‘I will try’, or ‘hopefully I can find’, but ‘I will’. And I believe her.