The first half of 2016 has been a busy year for the Alternative Livelihoods team at Reef Doctor, with the Darwin Initiative funded project expanding into three new villages, and 120 new households joining in aquaculture activities.

The programme, designed to give impoverished turtle hunters and beach-seiners a less destructive 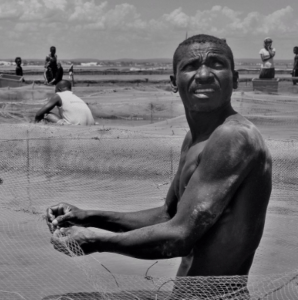 and more sustainable source of income, provides training, start-up materials, access to markets and ongoing support so fishermen can establish seaweed and sea cucumber farms. While there is no conservation ‘silver bullet’, the tie between poverty and resource consumption means that addressing one aspect can influence the other. By transitioning fishermen from being resource consumers to resource producers, participants are empowered to manage their marine resources. As reliance on fishing declines, competition for limited resources is reduced, resulting in greater incentive to provide for long-term management. Diversification of livelihoods and productive, sustainable employment leads into the conservation of marine resources, and is achieving substantial results.

In the first four months of 2016, seaweed and sea cucumber farming across the bay have generated a combined income of over 29 million MGA (9,171 USD). This is a substantial boost to the economy of one of the poorest regions in the world, and is almost double the total income generated from these activities in 2015. Not only are more households signing up for alternative livelihoods, but existing households are embracing the activity, spending less time fishing and increasing their productivity. For the first time, households are earning above the poverty line, allowing them access to things they couldn’t have before. 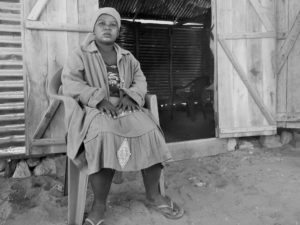 “Do you see that?” asks Seraphine, a sea cucumber farmer from the village of Andrevo as she points to a roll of corrugated iron in her house. “That’s my new roof. That’s from sea cucumbers”.

For the traditionally fishing-based villages of the Bay of Ranobe, the new aquaculture industry is reducing vulnerability to environmental and social changes, and declining fishery catches.

“When I only relied on fishing I could come home with no fish”, claims Ferolle, a seaweed farmer from the village of Ifaty. “I am no longer worried about finding food… I can always expect to get something at the end of the (seaweed) growing cycle”.

This surety, that there will be a regular income every month, is almost as welcome as the income itself. The constant 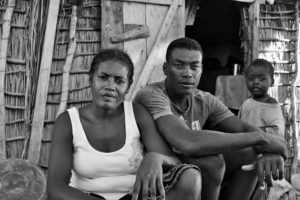 strain of living day-to-day, of not knowing if there will be enough food to eat, is a reality for the majority of people in this region. Productive employment in aquaculture farms is giving quality of life back to the people of the Bay of Ranobe, relieving the daily burden of living in poverty.

Poverty presents itself in many ways; as income, as health, as education, as vulnerability, as environmental capital, as quality of life. Reef Doctor’s Alternative Livelihoods project is demonstrating just how interconnected these aspects are, and how something as seemingly small as seaweed can change a life.

Suffering For Souvenirs
Scroll to top