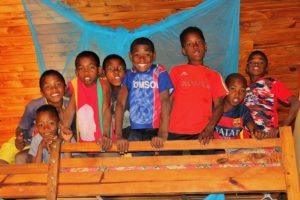 Remember how much fun bunk beds were when you were a child? Ok, now imagine how much fun a triple-decker bunk bed is when you’re a child living in a place where concrete houses are a rarity, not to mention bunk beds to put in them. Can you imagine? Yes! Well, that’s almost as much fun as the Junior Reef Doctors and about twenty other school children from Ifaty had at Green School, or Class Vert as it’s known here, last week. Green School is a three-day summer camp held in the grounds of Solidaire Hotel that teaches children about the environment and socially and environmentally responsible living to work towards sustainable development and a sustainable future. The workshop is run by Bel Avenir, an NGO based in Toliara and Mangily where the children stayed from Wednesday to Saturday. But the children didn’t just enjoy the bunk beds, they also loved the trip to the Spiny Forest, the trip to the beach to watch a video and learn about whales, the swings, the slide, the football pitch, the games, the songs, the trip away from home and the energetic fun people from Bel Avenir who run the summer camp. 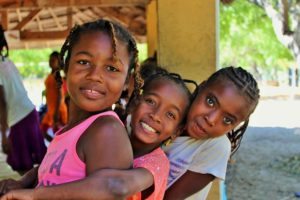 I spent the second afternoon with the children at Green School and wished I could stay for the rest of the trip. I arrived at about noon when everyone was having lunch on traditional Vezo floor mats in the main meeting area in the grounds.  There were lots of smiling happy faces and it was obvious that even lunch was fun for everyone. Once the children had finished eating and helped to clean up it was time for a nap. This really meant that it was time to play in their bunk beds for a while before going outside and playing on the swings and slide or having a kick about with a football. After ‘nap time’ everyone lined up in the main meeting area again. The children had already been taught some really great raps and marches by Christian, one of the staff, and when he gave the signal to move out the children marched in pairs listening out for instructions or a funny rap. 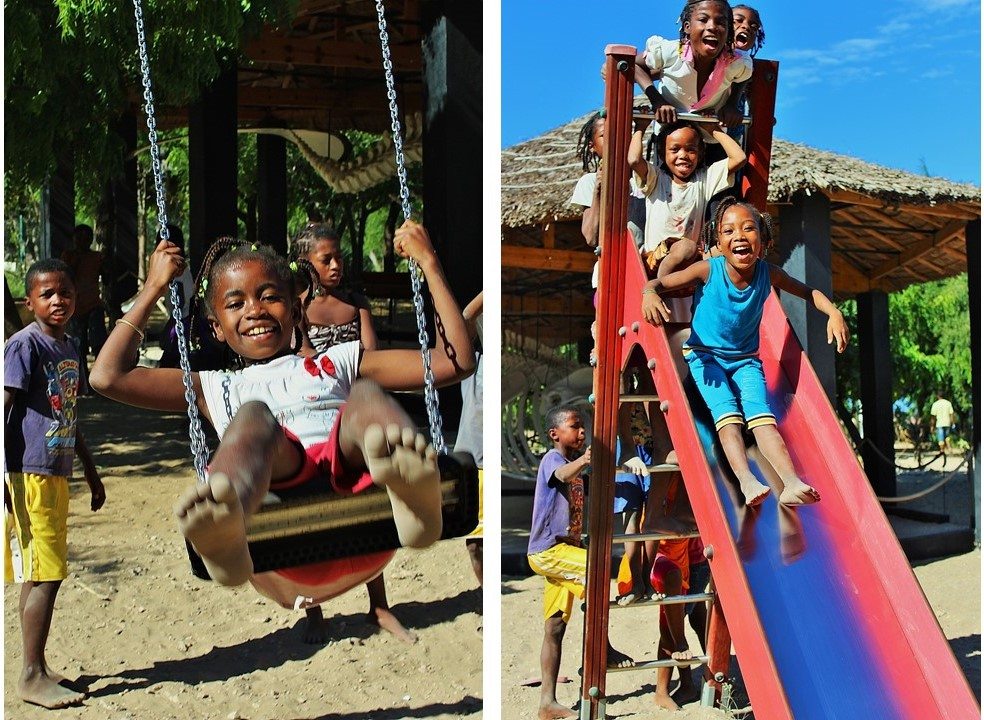 Our big group walked through Mangily and down the beach where a local dive center, Atimo Plongee, had a TV set up waiting to show the children a film about whales. The teacher arrived shortly after us and none of the children seemed fazed by the fact that he was a very large imposing figure with a deep voice and a stick in his hand, but I was! But I soon found out I didn’t need to be. The stick was for pointing at the whales on the screen and his deep booming voice carried very nicely over the waves and wind. The children loved him and loved the film and class. They had a great time answering quiz questions at the end of the film about what they had learned. Afterwards everyone formed a huge circle on the beach and played games. A little while later it was time for me to head back to Ifaty and I left the group playing on the beach. I could still hear the squeals and giggles all the way down the beach. 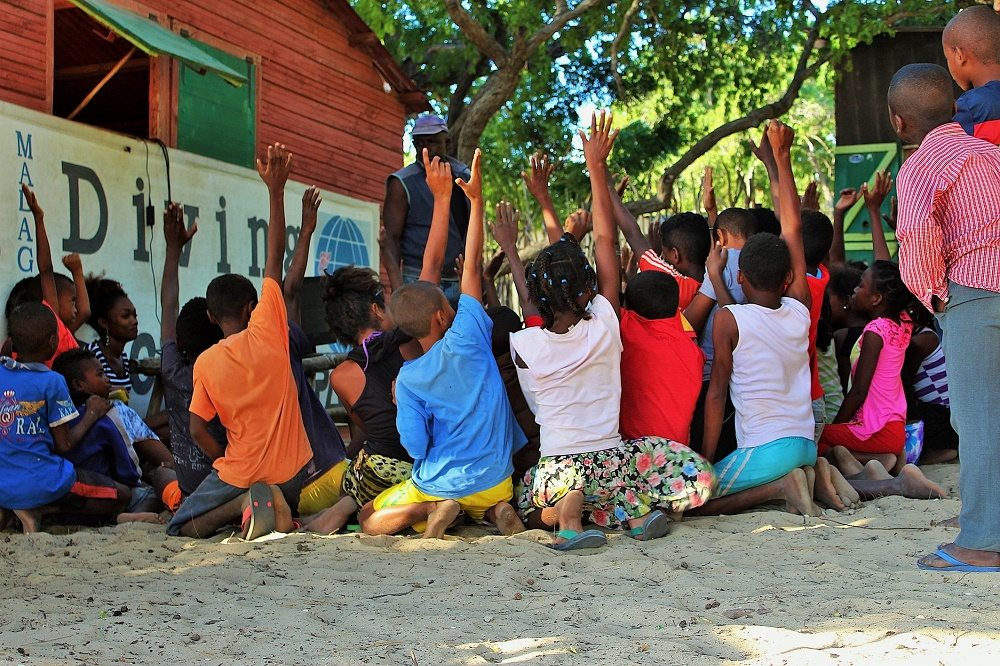 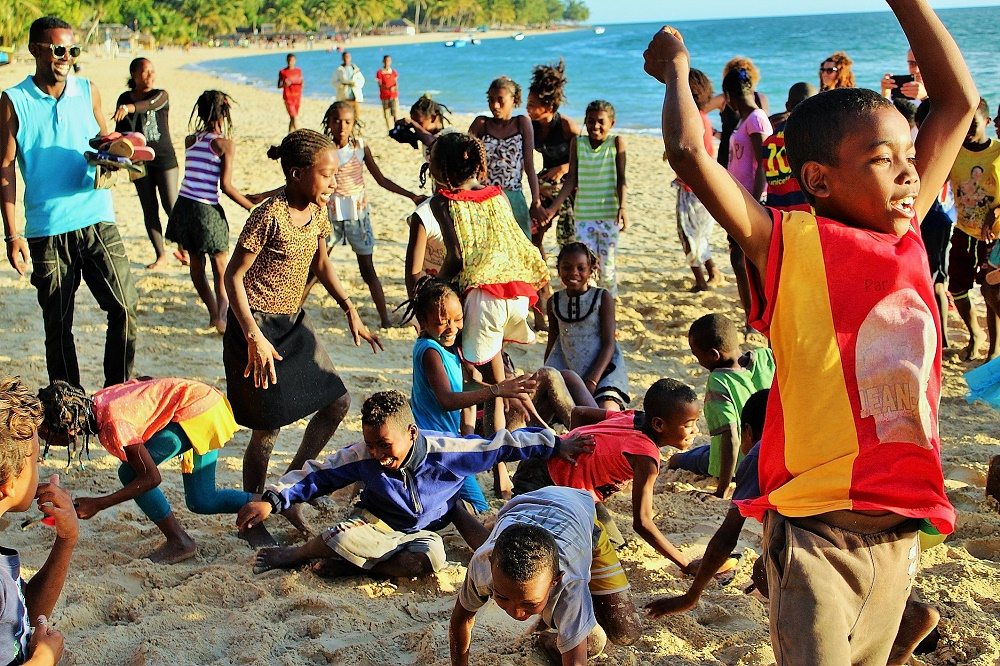 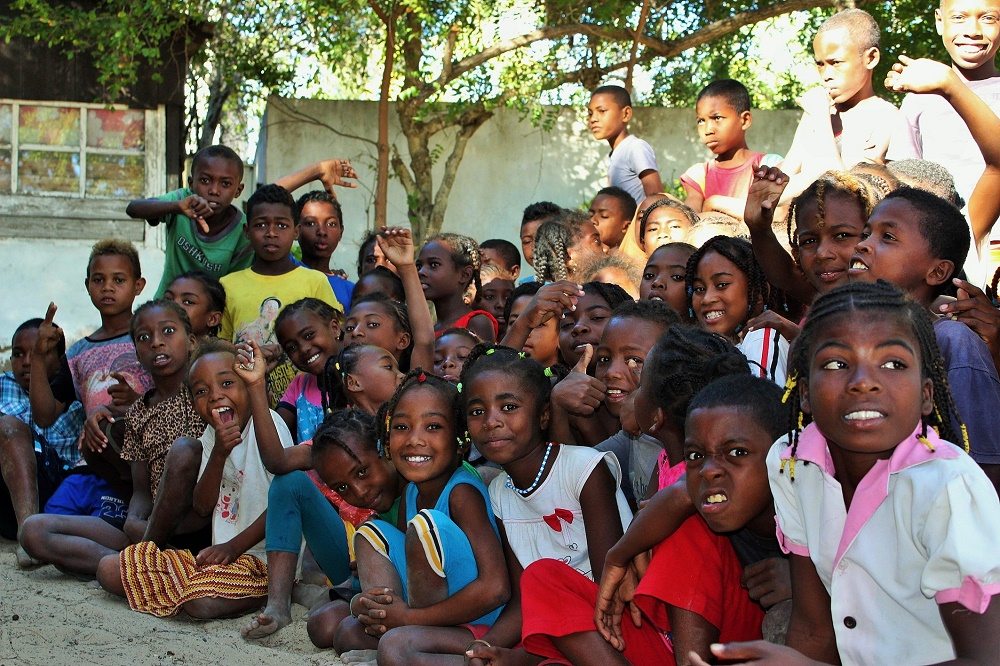 Not just a drop in the ocean….

Exploring the magical world of underwater caverns
Scroll to top