The Madagascar Cave Diving Association (MCDA) founded in 2014 is an association of cave divers who are, perhaps, the closest thing to real life explorers you can find in this day and age. The association consists of Ryan Dart, Phillip Lehman, Patrick Widmann and Hans Kasperetz, who are currently undertaking the mammoth task of exploring, surveying and mapping the underwater cave systems of Madagascar for the first time. To dive in caves you must have a cave diving certification, and it is not for the feint hearted. The training is intensive and divers have to learn to use side mount tanks as well as learning all of the other diving and safety procedures associated with cave diving. It is a dangerous yet thrilling activity. 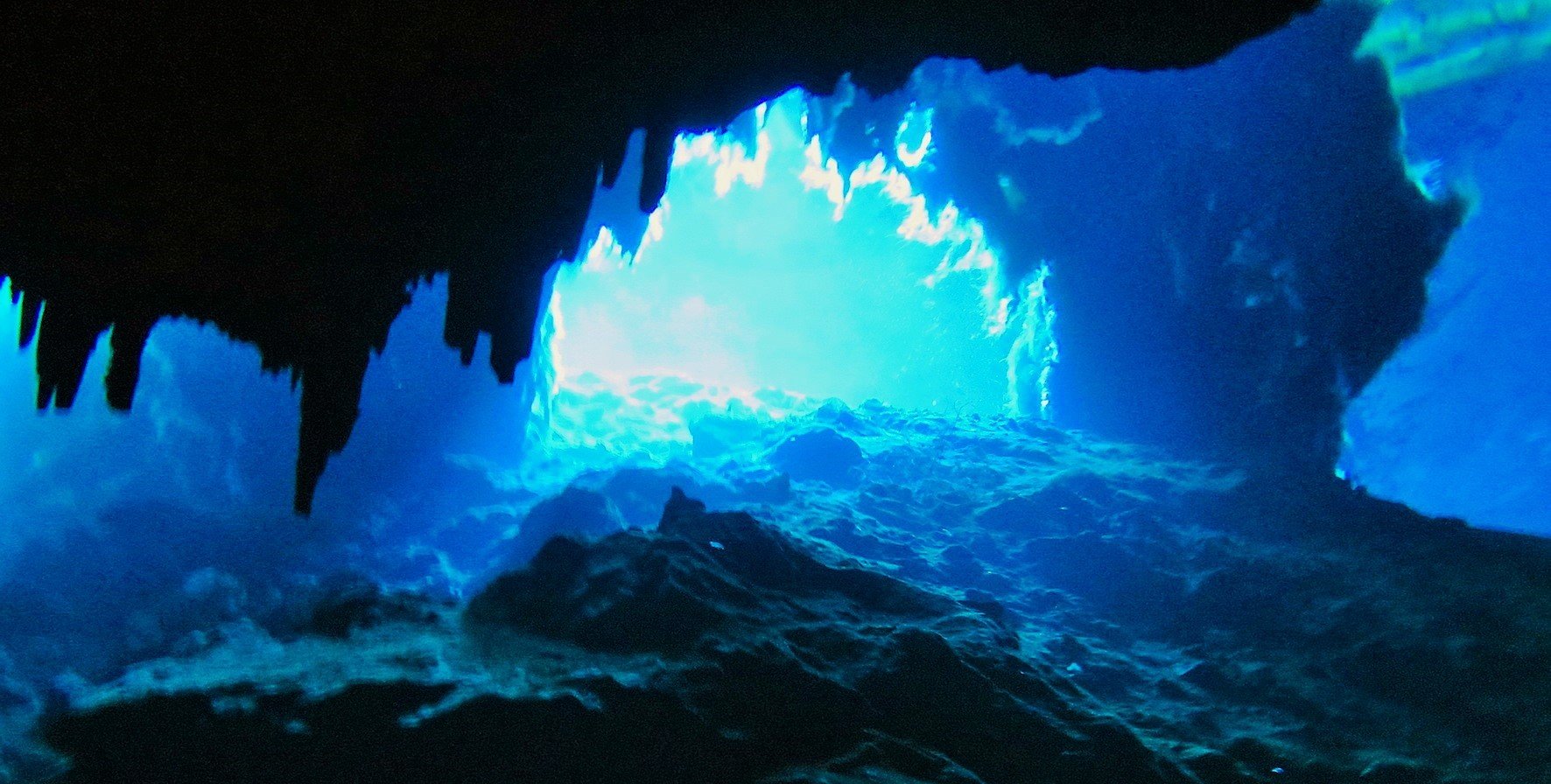 But you can dive in a cavern without special training. A cavern dive is defined as one where there is natural light and maximum penetration is 60 meters. And this is how Andre, one of our recent volunteers and I got to have a little taste of the amazing underwater world contained inside the limestone passages of the Aven cave system near Tsimanampetsotse National Park in south west Madagascar. Aven was the first cave discovered and explored by Ryan Dart and the former team of Atlantis Madagascar. Word spread about the ca 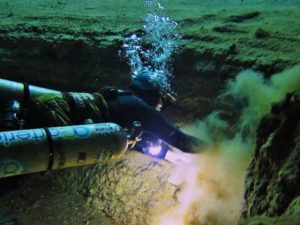 ve system and MCDA was born. The association gets to explore amazing sites and carry out very technical, often dangerous dives. They also get called on when anyone wants to access the system. On this occasion MCDA was contacted by a Japanese documentary film crew who needed some footage of water flow in the cavern at the entrance to the cave system and some divers to film it, and Andre and I got to help out with filming. Both of us had dived in caverns before but that didn’t make the prospect of this dive any less exciting as we were diving a cavern that very few other people have seen, and with one of the people who discovered and explored it for the first time.

Last Thursday we made our way to Anakao where we were met by Ryan of MCDA and the film crew. We set off on Friday in 4 x 4s to load up the tanks and make the 50 km journey to the cavern, stopping off to pick up some porters at the entrance to the park to help with the gear. The opening of the cavern is a huge sinkhole surrounded by trees, the roots of

which stretch from the edge 10 meters down and into the water. Tanks and gear were lowered down and we started kitting up on the small mound in the middle of the sinkhole. We lowered ourselves slowly into the water so as to disturb the silt as little as possible and finned our way into a beautiful scene that was out of this world.

Smooth limestone walls loomed above us and stretched out from the opening creating a massive circular cavern with the mound we had been standing on a few minutes earlier rising up in the middle and creating a gentle slope to follow into deeper water. Without any wind or current to affect the visibility in the fresh water cavern, the water was crystal clear. It felt like there was no water at all and at about 27 degrees it was the warmest water either of us had dived in in a while. I looked behind me as we swam away from the center and was blown away by the view. The tree roots dipped into the water like something from a fantasy novel. Shafts of light cut through the water and danced on rock formations like the opening scene of a science fiction film, like we were on another planet. One wrong move and silt would be finned up plunging our newly discovered planet into a silt storm. We gaped open mouthed at stalactites (I’m glad I have a good mouthpiece that stays in even when I’m in awe), gawked intently at blindfish navigating 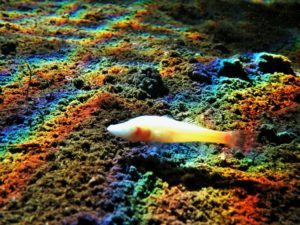 without sight, looked at fossils of lemurs and crocodiles, and explored as much of the cavern as we had time to. I could have stared at the trees through the water for days and spent ages admiring the beautiful rainbow reflections made by the sun on the silt. We couldn’t enter the cave properly as neither of us is a certified cave diver but diving the cavern was spectacular and there was so much to see that once we had finished the filming we were very happy to keep swimming until we had used up all our air. My request for five more minutes at the end of the second dive turned into 11 minutes and I still left reluctantly. I’ve been lucky enough to do some really amazing dives and this one is definitely in my top 10. I don’t think I’m going to become a world famous videographer or lighting technician anytime soon but this dive and experience will stay with me for the rest of my days. And I think it will take a long time to shake the desire to get cave certified. 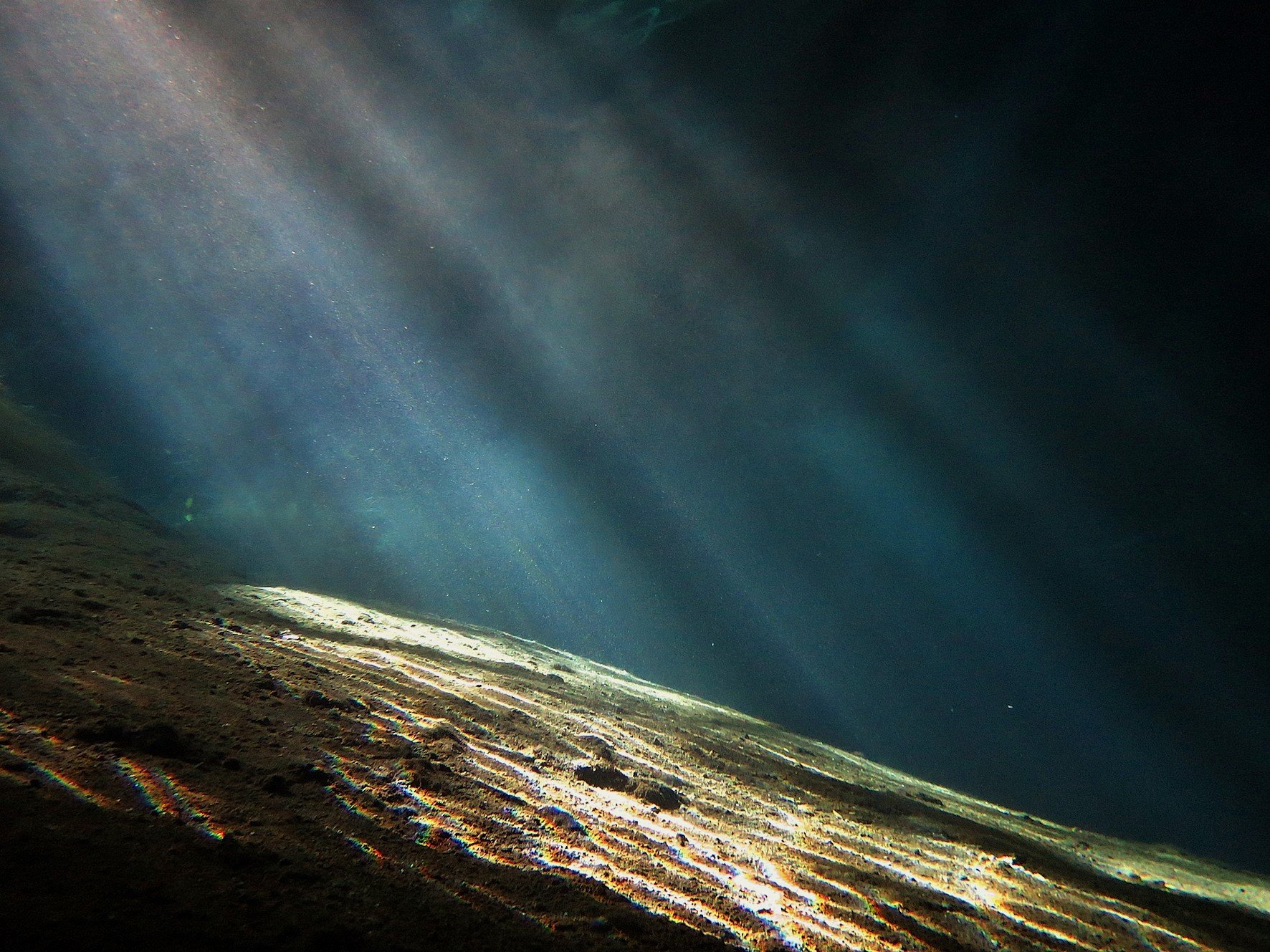 The cavern is closed to the public for the foreseeable future. It seems a little unfair that MCDA get to keep this amazing wonderland to themselves for now but this is to allow MCDA to map and survey the area, log anything of archeological and geological interest and to preserve the caves. As MCDA states ‘Flooded caves are fragile geological time capsules holding clues that could one day help solve the many mysteries of earth’s ancient past’. Therefore their conservation is very important. The closure is also to ensure that untrained divers are not brought to the area and put at risk by diving in unknown conditions for which they have not been certified. Just accessing the sinkhole is tricky work and passing down gear and tanks is time consuming and not without risk. I’d like to say that it was not worth it but it really really was. Thank you MCDA for the awesome opportunity! 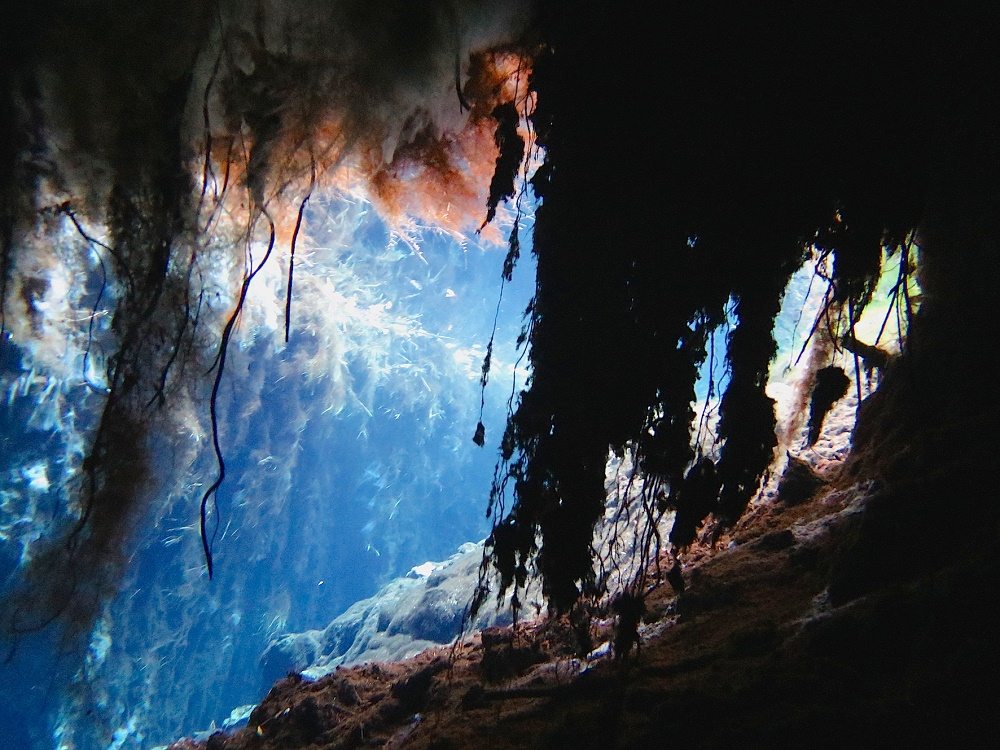 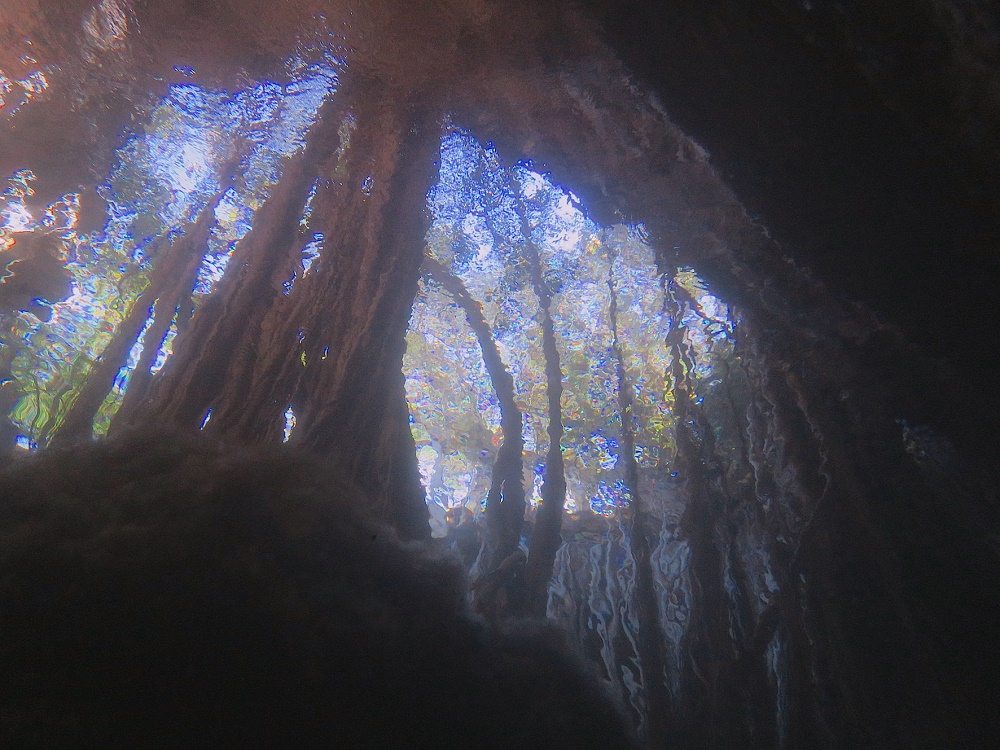 Mass Bleaching in the Bay of Ranobe
Scroll to top