The women’s group in Ifaty was created six years ago. You’ve already seen some aspects of their work in our blog, but this time we’ll drive you to the core of the women’s group.

Céline Robert is originally from Saint Augustin but she grew up in Andrevo where she met her husband. He was working in Ifaty so they moved to Ifaty in 1975 where they got married. Together, they have 8 children, two boys and six girls, from 18 to 40 years old. She had her first child when she was 16, and that probably influenced the position she has today towards young women and early pregnancy. 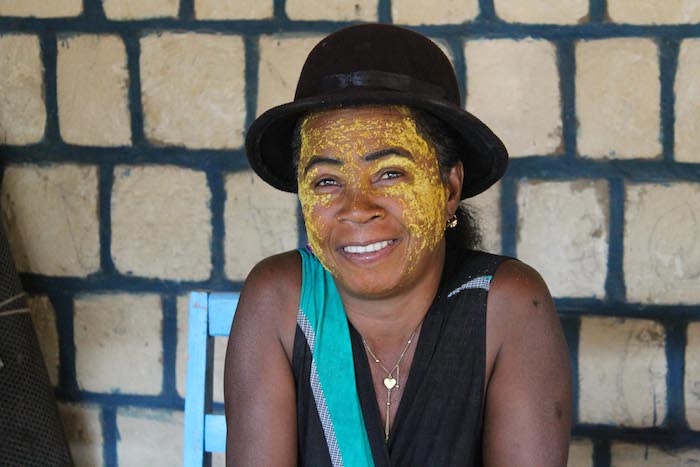 Céline is a determined woman with a big heart. You can tell that from the very first moment you meet her. She might seem a bit strict or severe sometime, but she is quick to laugh and always takes care of those around her. She is one of the most dedicated women in Ifaty. After seeing Blandine, a woman living in Mangily, create a women’s association in 2009, she decided to do the same in Ifaty. In 2011, she founded the women’s association and has been its President (unanimously) ever since. 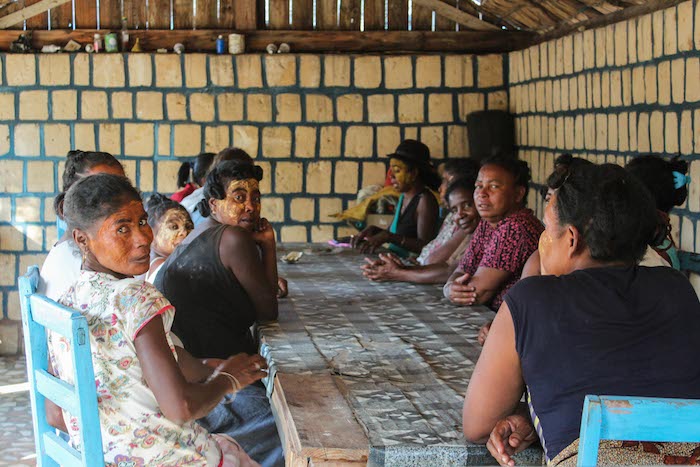 The real name of the association is FIVEMIVOI (Fikambanan’ny Vehivahy Mikarakara sy Vonona eto Ifaty), which means “Association of Women Prepared and Ready for Ifaty”, but they are also commonly known as “Vehivavy” or Women. The requirements to be part of the women’s group are to be a woman over 18 years old, to be respectful and willing to help others. Before entering the association, you need to make a request, accept the rules and regulations of the association and be able to participate in the membership fees, which are of 1.000 Ariary per year per person. Most of the women over 18 in Ifaty are married and all the association’s members are indeed married and already have children. 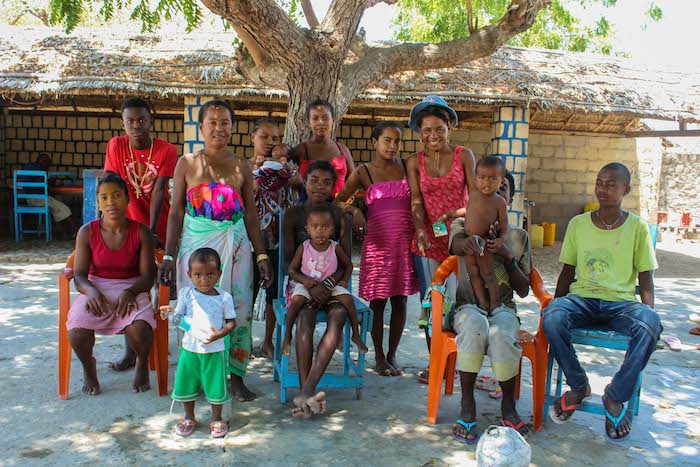 From 20 women at the creation of the association, they are now over 60 members. They are rarely all present as they have different activities linked to their families, but there is a core of 20 to 30 women always present and motivated. The association aims to gather and represent all women in Ifaty and the member’s ages range from 20 to 56. 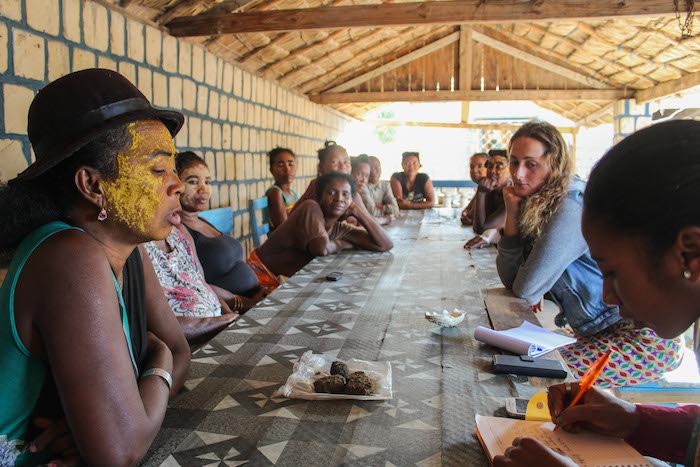 As founder and President of FIVEMIVOI, Céline is the centre and the driving force of the women’s group. She gathers the women and keeps them motivated. Since the creation of the association, they have always been committed to do big clean-ups in the village to make it cleaner and healthier. They also raise awareness on hygiene, as they are all mothers and responsible of their children in a country where the child mortality rate is still very high. 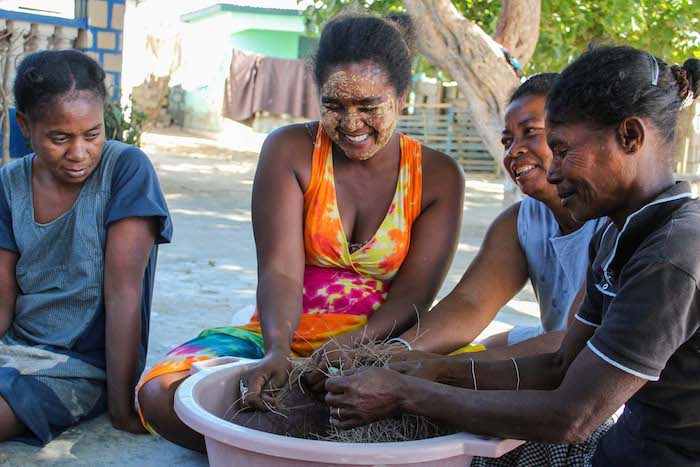 The association also tries to keep girls and young women away from prostitution, as in areas where there is no work and when girls are not married they can easily turn towards prostitution to generate an income. Following that line, they position themselves firmly against early pregnancy and see 20 years old as a good age to start getting pregnant. Early pregnancies are still a big problem in Madagascar, where one third of maternal deaths are related to teenage pregnancies (UNICEF – United Nations Children’s Fund – 2015). The Vehivavy believe that education is the key to limit prostitution and early pregnancies, as girls should go to school and learn until the age of majority. 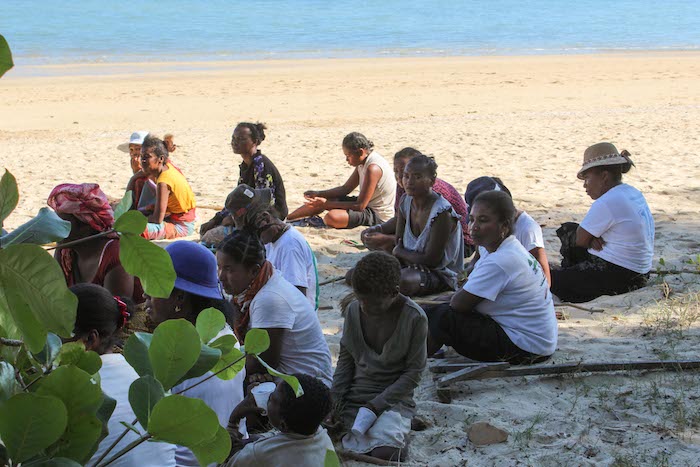 FIVEMIVOI works on serious topics to help the development of the village, but they also have a good sense of humour and like to make people laugh. During leisure time, like football games, they walk through the village in their football outfit and do some kind of show to make people laugh. Sometimes they also use their outfit to actually play and face the teams of Belalanda, Belitsaky or Mangily. 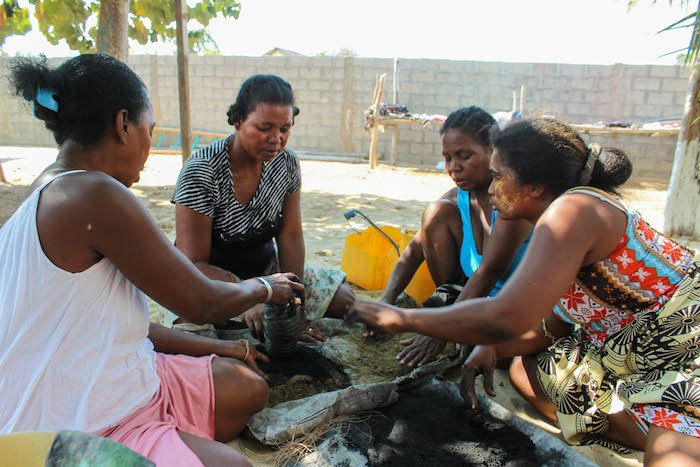 They believe that everything in the village is closely tied and that if the village develops itself, the children will also develop themselves and the communities will change their reasoning and behaviour. This in turn will improve the standard of living, the level of schooling, affecting both economic and social conditions. What Céline really wishes for Ifaty, is that it becomes an exemplary village, an inspiration for other villages. 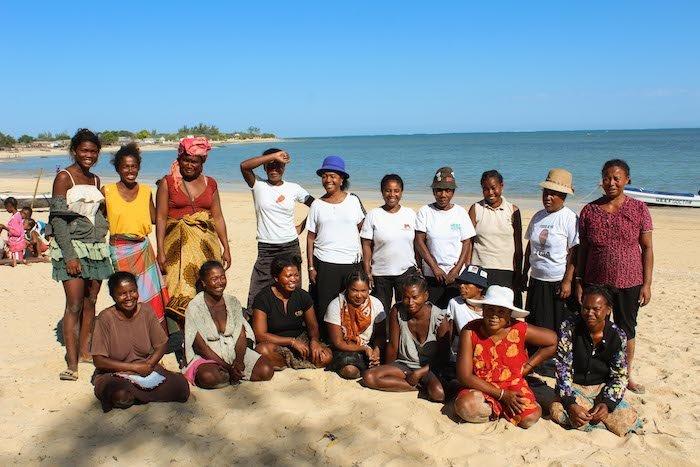 3 years of Juniors, a wonderful experience
Scroll to top