They bob in front of me, little grey tubes, swaying gently in the current. Taunting me as they twirl on their ropes. I’m back underwater in the Bay of Ranobe at Rose Garden, the Marine Protected Area set up by Reef Doctor. It’s take 3 for my attempt at Fish Lengths. Three’s a lucky number, right?

I float in the mid-water, watching fish flick backwards and forwards, busy on their daily life. It always reminds me of the reef traffic scene from Finding Nemo. Momentarily distracted I check whether it’s my turn on the tape. The ‘tape of confusion’ as I’m starting to think of it! Sure enough, my turn comes. I fin forward to the start of the tape. The Reef Doctor Science officer shows me two different sized tubes and indicates their length. This is to get my eye in. Or at least that’s the idea. Not sure my eyes received that memo… Buoyed up with confidence that I really have clocked their size this time, I trundle off down the line, finning gently. Each tube is pointed out by the dive officer, and I mark what size category I think it falls into. <10 cm; 10-20; 20-30; 30+. 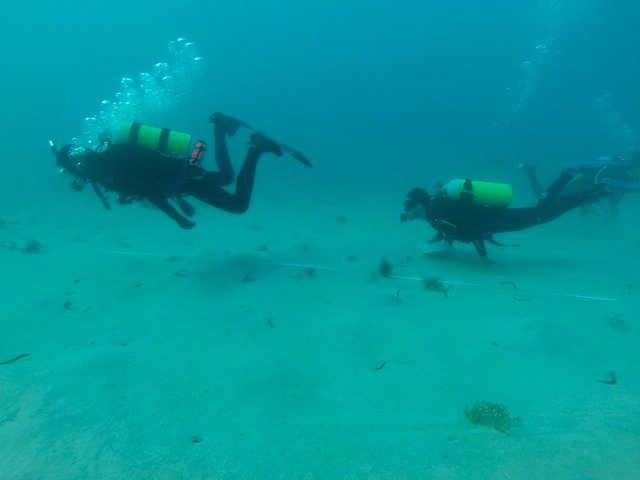 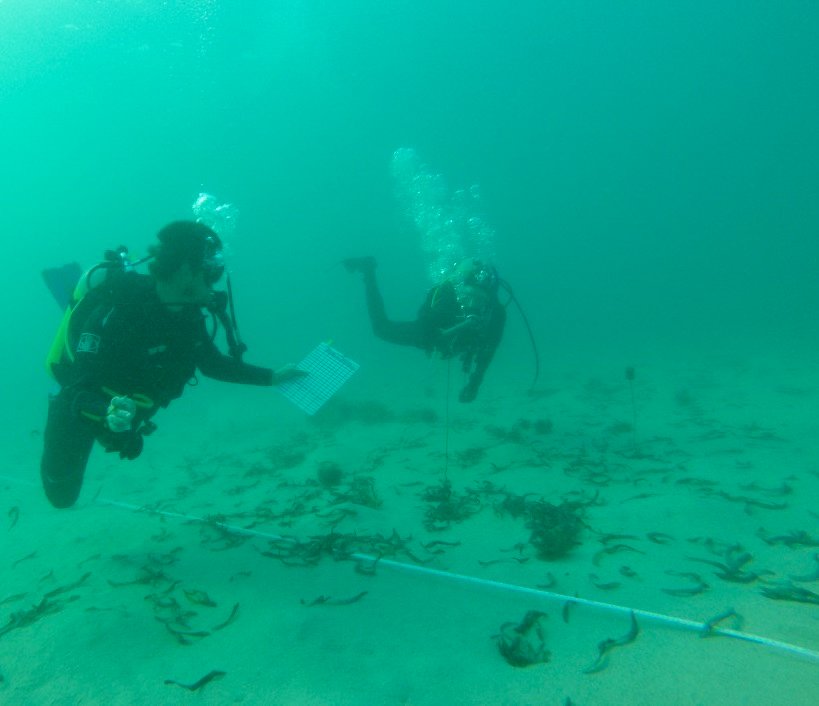 We go down one side of the tape and start back up the other. I’m trying to keep in my mind’s eye the first two examples he showed me. Is this one bigger than the first one? So that would make it 20 -30. But wait, it looks smaller than the other one, which I put as 10 -20. Hmm. Should I change that other one? Or is this one wrong? You don’t really have time to contemplate relativity like this. It’s an initial judgement game. Really, you’re lucky because the tubes are moored in place. They wouldn’t be in real life, when they would be actual fish which stay still for microseconds. The tubes have also been placed at varying distances from the tape. I know that again this is to try and make it more realistic – when have you ever seen fish obligingly line up? But really it’s just playing havoc with my distance perception. 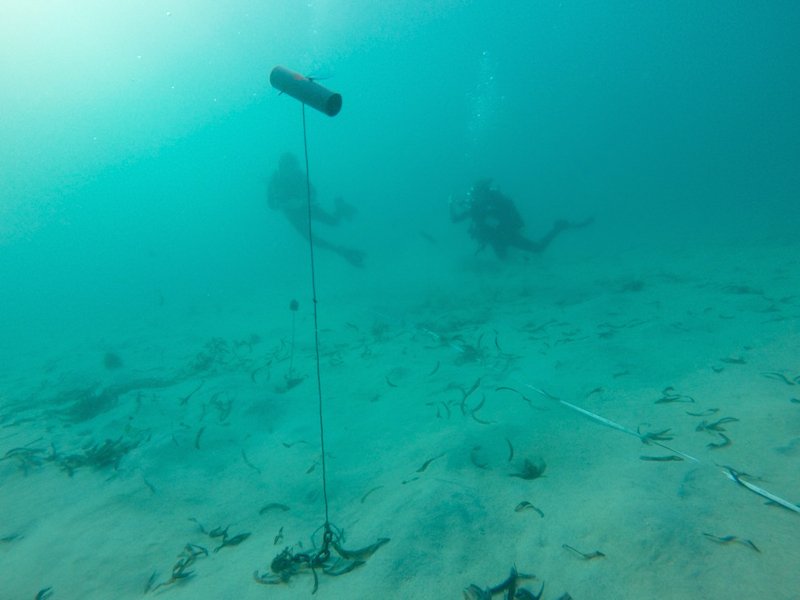 I have no concept of size and distance when I’m on dry land. The idea that I might miraculously discover an untapped talent when you add water and movement into the mix makes me giggle into my regulator. But I plough on, hoping that we’re nearly finished, earlier confidence pretty much gone with the current. I need to pass Fish Lengths so I can be fully prepped to help with the surveys Reef Doctor do. A key part of the marine conservation volunteer placement really. 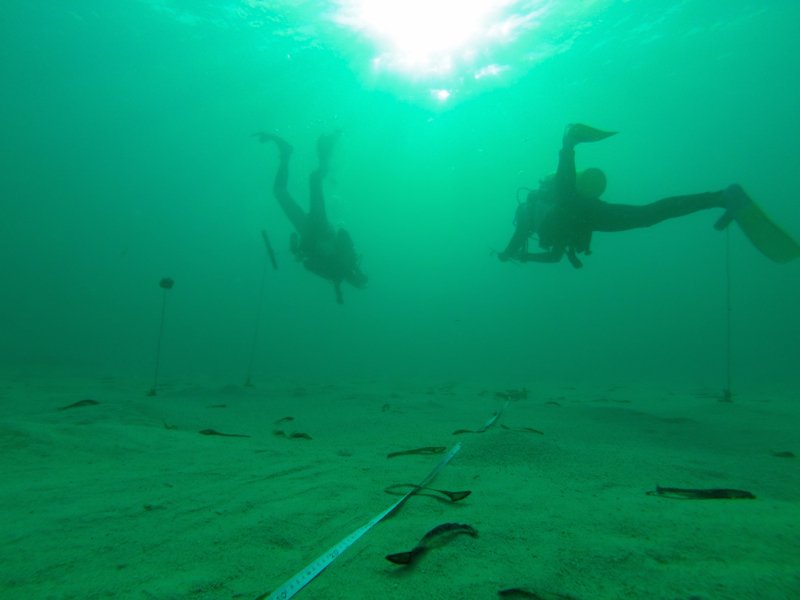 Finally we make it back to the starting point. I can hand over my slate and pretend to myself that it’s all gone swimmingly as I watch a snail make its way along the sea floor. 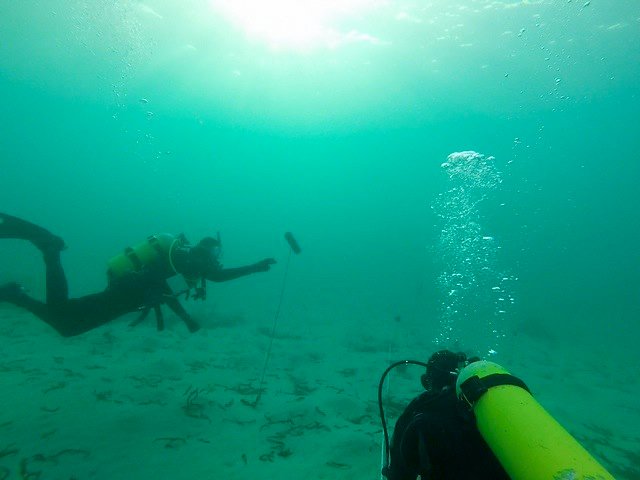 Some people get it. Some people don’t. There are other volunteers here who get a hit rate of 99% first time. And there are some who have failed so many times it’s not really mentioned. Except of course after a beer or two at the weekend. I have a feeling I know which group I’m going to fall into. And this exercise is valuable. In order to carry out the fish element of the surveys you need to be able to assess what size the fish are. That’s what all this shenanigans with pvc tubes, weights and tapes is about. Hopefully practice makes perfect! I’m here at Reef Doctor for a while thank god. And if I don’t make the fish lengths, I can still survey the coral or the invertebrates. My alternate career as an underwater surveyor is not completely over yet. 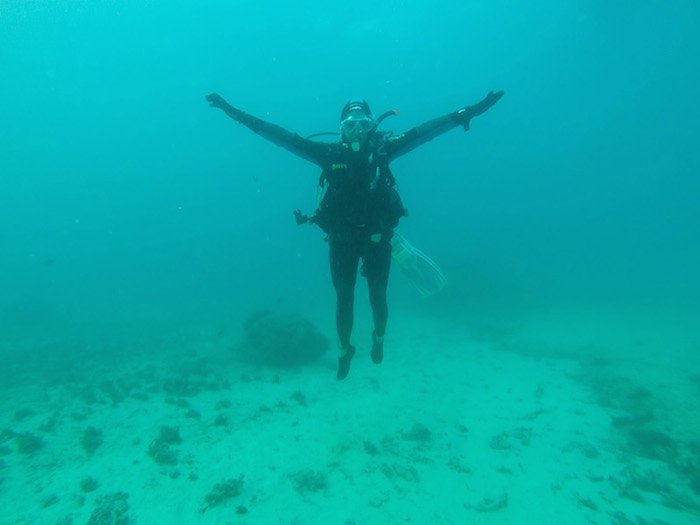 A Morning at the Sea Cucumber Hatchery