Older generation fishermen in Ifaty report that the Bay of Ranobe used to be carpeted with corals just a few decades ago. However, today, environmental degradation facilitated by intensive human activities and mass coral bleaching events has wiped out numerous coral communities in the bay. Alongside the implementation of various management measures to address the causes of this reef degradation, in 2012, Reef Doctor established a reef restoration programme in attempt to directly revitalise the once flourishing seascape. This is done primarily through the setting up of coral nurseries with the hope of later transplanting the reared corals to the degraded reefs. However, this task has encountered several challenges. In particular, the survival of small coral fragments is threatened by a whole suite of environmental stressors, such sedimentation, bioerosion, and elevated summer temperatures. As a result, the success of the coral nursery in the Rose Garden marine protected area has been variable over the years and it has only remained small-scale to date. 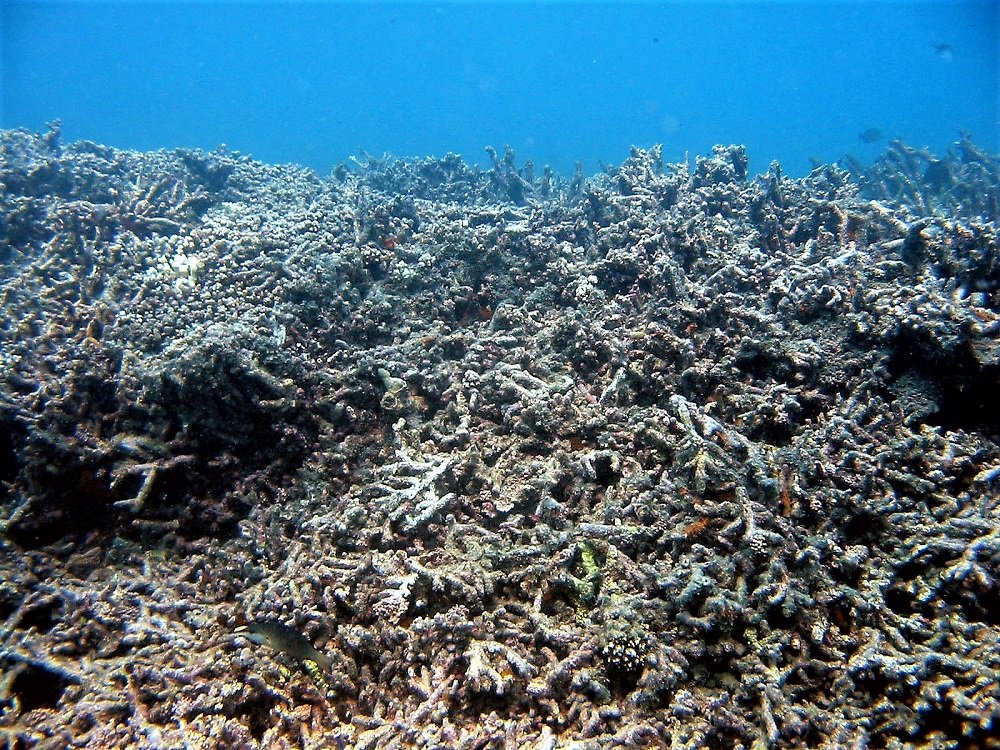 We have recently begun work to address issues hindering the success of the coral nursery. We realised that (1) corals currently being reared in the coral nursery might not necessarily be optimal candidates for cultivation (2) Rose Garden might not necessarily be the best place for setting up a coral nursery. To address these two fundamental questions: the Science Team set up an experiment led by Science Officer Martin Wong and Research Assistant Jack Farley with the following objectives: to determine (1) how different coral species perform in the nursery (indicated by their survival and growth rate) and (2) how these performance indicators vary on a spatial scale across the bay. The answers to these objectives will guide us in selecting suitable coral species to be reared and suitable sites to set up additional coral nursery grounds with the potential to expand the project’s scale in the near future. 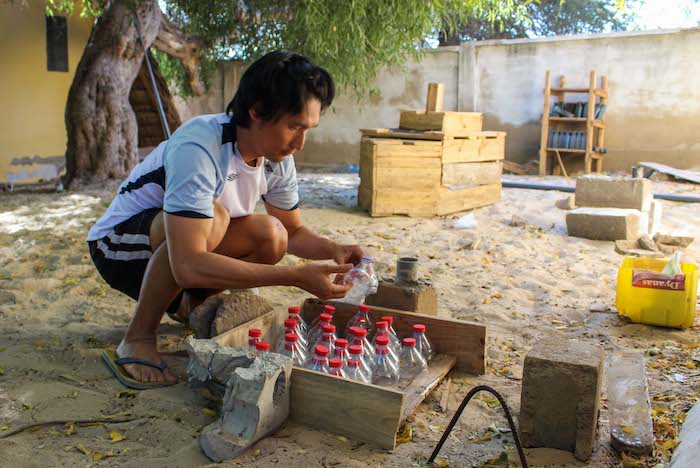 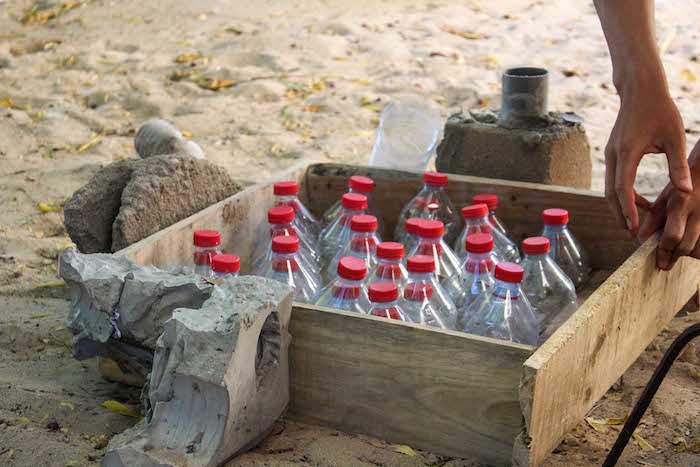 The experimental set up to address these questions is in fact quite simple: we used rebars, cement, and used water bottles to create the final product, the Water Bottle Table, pictured below (Design credit given to Martin’s former laboratory in the University of Hong Kong): 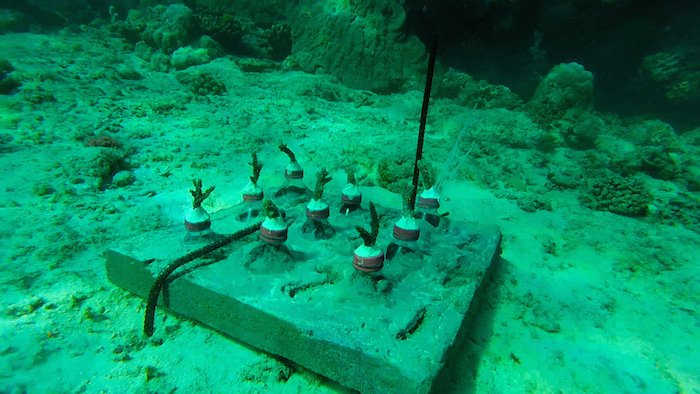 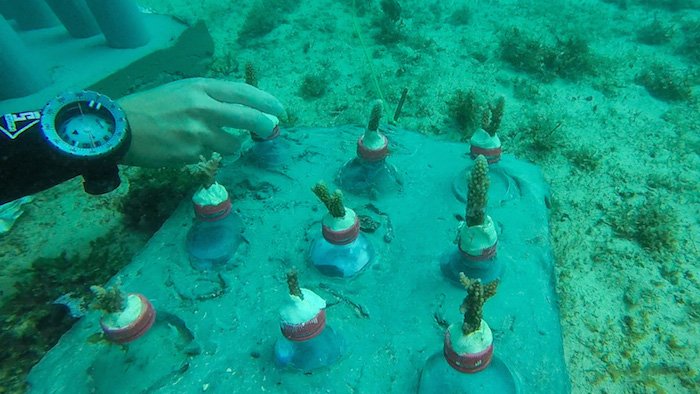 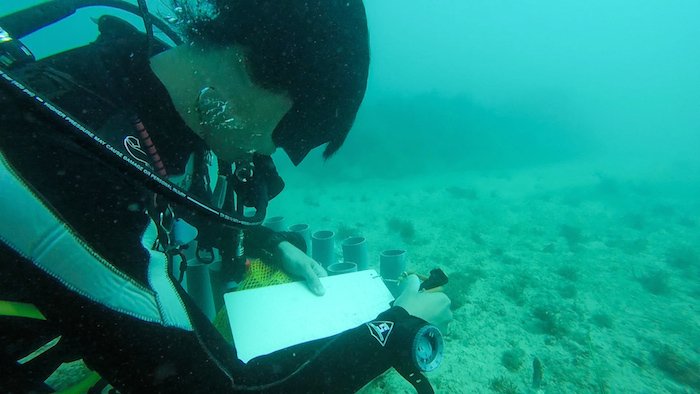 Different species of Acropora corals are attached to the water bottle tables, which are then place at different sites across the bay. We will be monitoring the corals over the coming few months to obtain data on the increase (if any) in length and biomass of the fragments. We would also like to observe how different species at different sites cope with the summer elevated temperature, i.e. if any bleaching occurs and how they recover if indeed bleached. Therefore, in principle, in less than a year’s time, this experiment will provide us important information on where to rear different coral species so that we can increase the productivity and effectiveness of future coral nurseries. Stay tuned for further updates on our water bottle table experiment and coral nursery development. 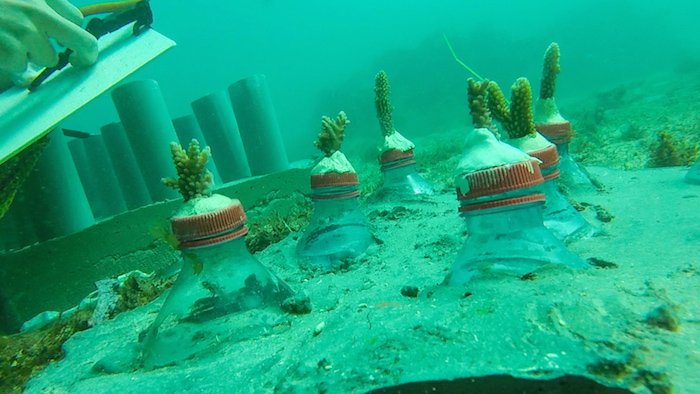