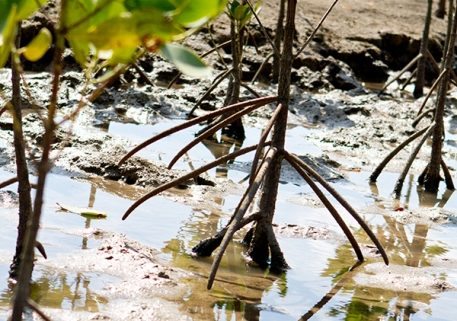 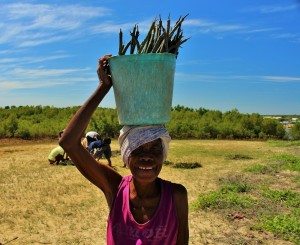 After a week of cool weather, Saturday 9th April was a beautiful sunny day. Perfect for a spot of gardening. But why just do a little gardening or plant one tree when you can do a lot of gardening and plant 43,000 trees! That’s exactly what members of the community of the region of Belalanda, a number of NGOs based in the area, government officials from the Department of Industry and the Ministry of Fisheries together with the Mayor of Belalanda did.

The annual event, organized by the Regional Office of the Ministry of Fisheries in Toliara, took place in the village of Ambotsibotiske and an estimated 200 people attended. The NGO working to protect and plant mangroves in the area: Honko, and the local association VOI Mamelo Honko hosted the event. 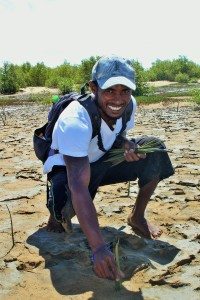 The ReefDoctor team arrived smothered in mosquito repellent and sunscreen, ready to help plant three different varieties of mangrove propagules. Proagules are the seeds of the mangrove tree and are germinated while still attached to the mother plant. When the seed or proagule matures it falls and either becomes embedded in the soil or is dispersed by the tide. Planting proagules was a lot easier than expected, as they merely need to be placed the right way up in the soil, roughly one meter apart. Mangrove trees produce so many propagules that the easiest and best way to plant them, on an occasion like this, is to embed large numbers of propagules in suitable conditions and hope for the best. The success of this planting method and previous planting days could be seen in the replanted areas we passed through on the way to the sandbank we were replanting. It is also an excellent opportunity for people from many different sectors of the community to come together with a common purpose every year.

This year, the large crowd gathered near the sandbank in Ambotsibotske and listened to speeches and a short tutorial on how to plant the propagules, as they waited for the tide to go out. Once the water levels were low enough everyone crossed the river to get to the sandbank where 43,000 red, black and yellow mangrove propagules awaited. People filled bags and sarongs and carried armfuls of propagules, which were collected by Honko staff and volunteers and VOI Mamelo Honko, into the area to be planted, and got to work. There are six 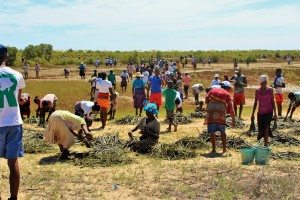 common species of mangrove. Planting focused on three species. Red mangroves (Rhizophora mucronata), easily identified by their arching props and aerial roots, are used locally for charcoal production. The large aerial roots provide an excellent nesting and refuge area for birds and marine animals. Yellow mangroves (Ceriops tagal) are one of the best charcoal sources and are used extensively for cooking fires. Known locally as Tanga; meaning single foot, the yellow mangrove has a buttressed base. Its durable wood is also used locally for construction poles. The bark is used for tanning and dyeing. Black mangroves (Bruguiera gymnorhiza) have roughly fissured grey- black bark and distinctive knobbly bent knee-shaped roots. Locally there is no distinction between yellow and black mangroves as they both have a single foot trunk and hard wood used for firewood and tanning fishing nets. 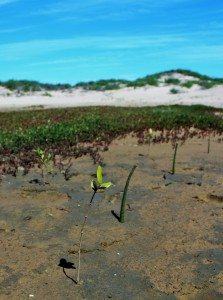 Honko has been operating in the area since 2007 and has successfully replanted and protected a large area of mangroves but due to the importance of mangroves both ecologically and economically this is an ongoing process. Madagascar has the third largest mangrove stands in Africa but on average 3000 hectares are lost every year (FAO 2005) to development and over exploitation.

Four hectares of mangroves were planted on Saturday 9th April. It is a small portion of the 3000 lost annually but a considerable amount of planting in just one day. Members of the community took part in rejuvenating and protecting their natural resources and volunteers from the various NGOs get to finish their volunteer experience knowing that they planted a tiny piece of Madagascar that will, hopefully, thrive for years to come. 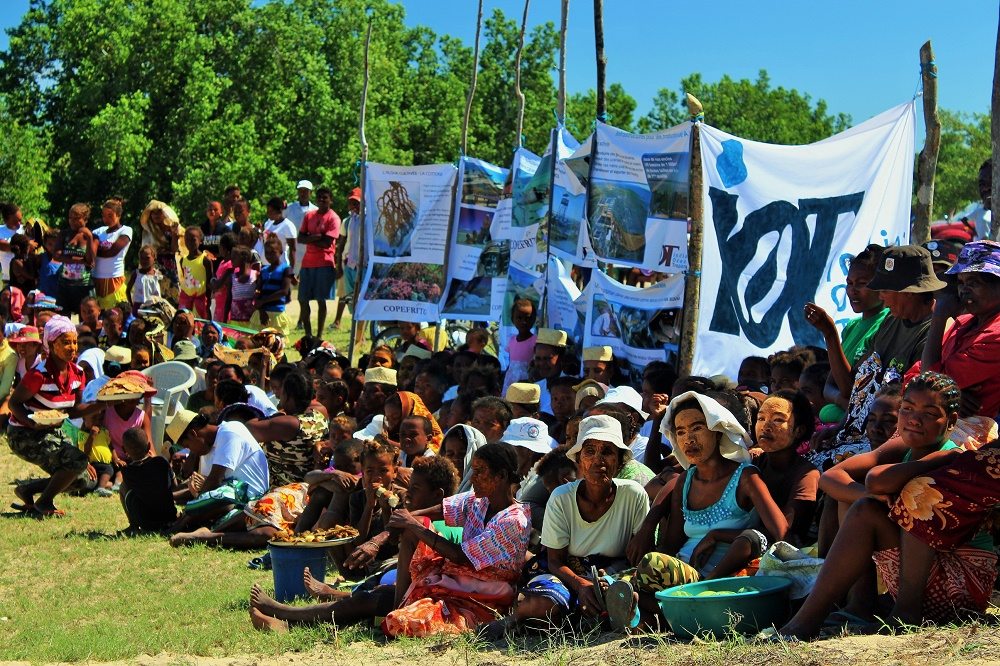 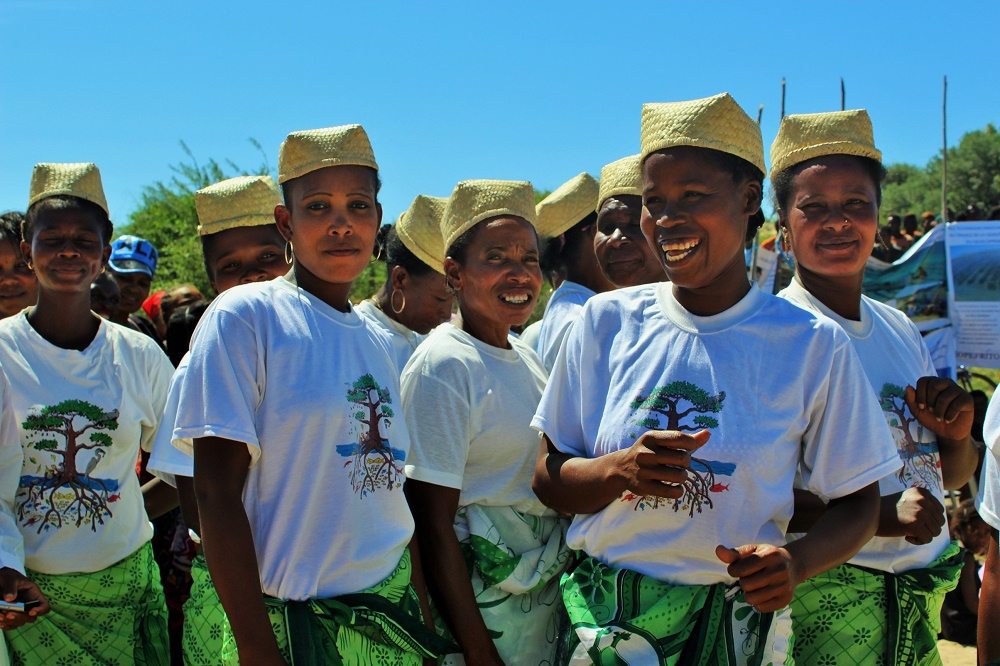 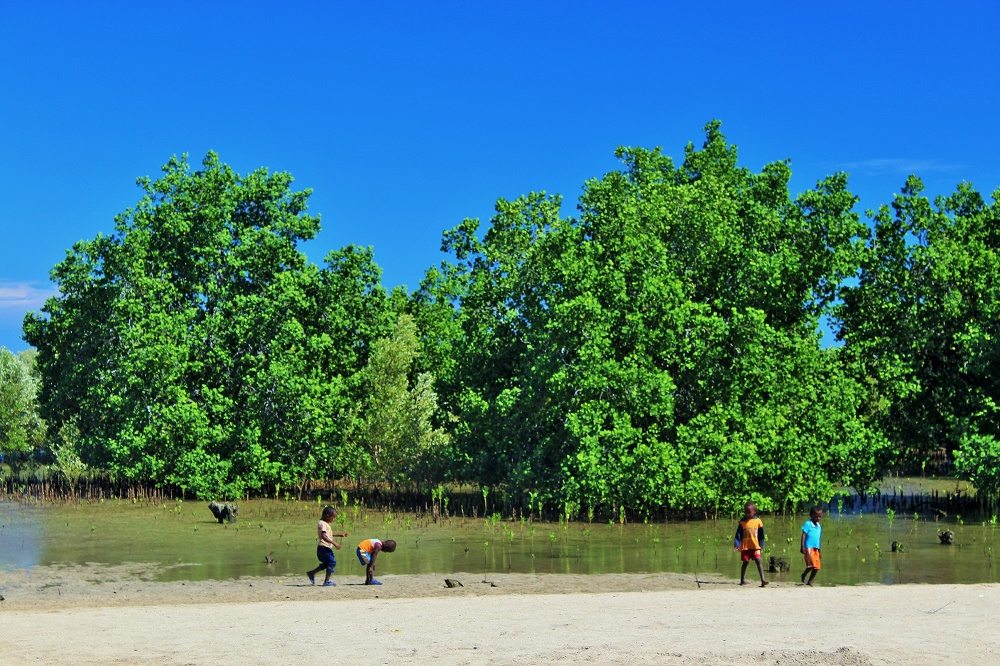