In his fourth blog, aquaculture intern Nathaniel Maekawa describes the latest opportunities and experiences our internship programme has presented to him…….

“On my third day at Reef Doctor, I woke up at 6:00 am, ate some breakfast, and went down to the aquaculture shed with my wetsuit pulled on halfway and my snorkel gear slung in a bag across my shoulders. After our team of three had assembled, we each grabbed an oar and made our way to the beach. Setting our paddles and equipment inside the pirogue, we then hoisted the tree-carved boat off its sandy perch and lugged it towards the water. As we drifted along towards the seaweed lines, a thought emerged in my mind. It was a thought that made me nervous, but it was a thought laced with inevitability. In a few weeks, the resident aquaculture intern, Tom, would be off on a new adventure, and I would be responsible for leading volunteers and interns in a boat made from a tree, in the direction of the most shark-populated channel in the world. 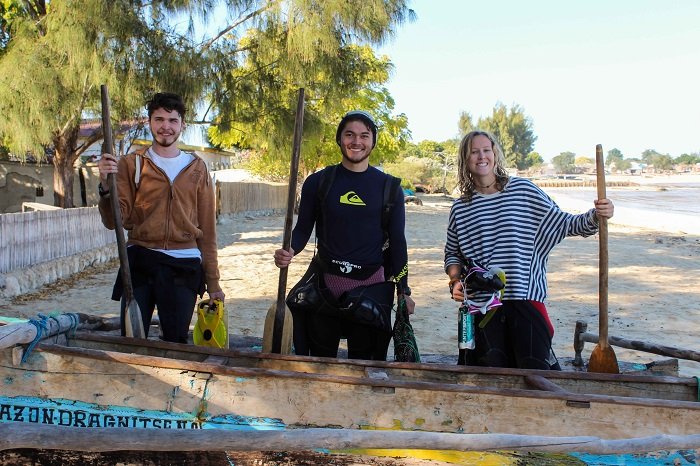 How strange that this thought has now been actualised. As Tom prepared for his journey, this week I had the opportunity to take a couple of volunteers out to the seaweed farm on my own. Although I was incredulous at the idea in my first week on camp, by the time that it was my turn to lead, I felt confident in my abilities to do so. Steering the boat, providing instruction on pirogue entry and line cleaning, and crafting a knot to anchor us in, came about with ease after all the practice that I’ve had this month. With the training portion of my internship mostly complete, I’ve begun to work on and delegate projects that are pertinent to the sustainable livelihoods project. In order to provide the aquaculture team with consolidated information on progress, and potentially appeal to current and future project investors, I have started to analyse data from sales, turtles, and productivity to create a monthly and quarterly report. This is something that has been done by past interns and staff, and is a way for me to contribute to the longevity and sustained nature of the aquaculture project. Informing the reports with current events and mentally making sense of the data also serves to establish ideas of what to look out for in the coming weeks. One aspect of my internship that I particularly like is how my tasks are fluid and in line with daily events. When a department from the ministry of education expressed to our director an interest in fusing aquaculture into school curriculum, I created a document to provide examples for the idea’s feasibility. As there was no room to create a subject category for aquaculture in the existing curriculum, my goal was to incorporate aquaculture into pre-existing fields. Composing questions that used Pythagorean theorem to find the length of a sea cucumber pen’s cross-section, and writing a blurb about a man’s decision to pursue aquaculture to test reading comprehension, gave me a surprised feeling of gratefulness for the many academic examples I’ve encountered in the ritual of American standardised testing. While I did not expect to have opportunities like this, their spontaneity and potential for impact adds to the fresh and positive perspective I have in my work. 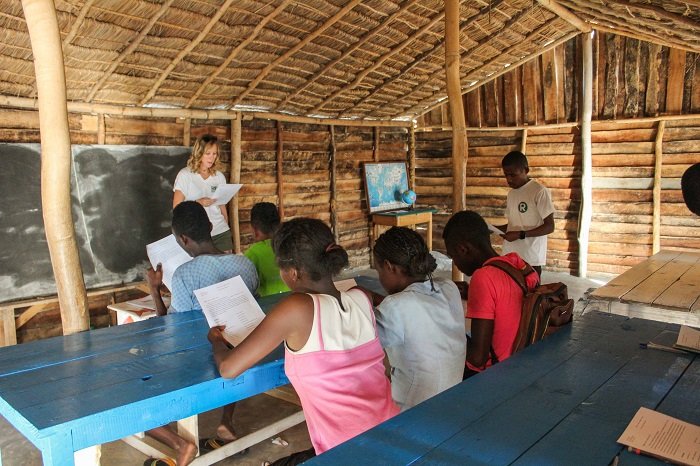 In the community this week, a commemoration ceremony was held in the village of Betsibaroke. A village that has high rates of seaweed farming productivity, Betsibaroke has finished and now opened a building called the Magasin de Stockage. Designated for seaweed drying and storage, the building stands as a symbol for the collaboration between the community, Reef Doctor, and other organisations that have invested in Betsibaroke’s aquaculture initiative. Attending with members of the aquaculture team, I witnessed the community’s outstanding pride and commitment to their work. With a large turnout, guest speakers, a blessing made with rum and some humour, a ribbon cutting, and then food and music, the celebration was one that I felt very fortunate to attend. In a moment that revealed the acknowledged success of aquaculture for socioeconomic development, the village president declared in his speech that Betsibaroke would be supplied with sea cucumber pens to complement their seaweed lines. While this statement of grandeur had not been previously discussed and came at a surprise to the aquaculture team, the expression of interest certainly cements how the region recognises the benefits of the sustainable livelihoods project. 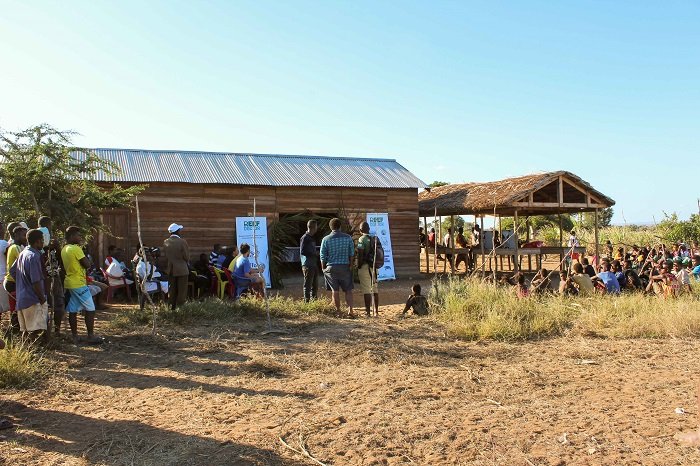 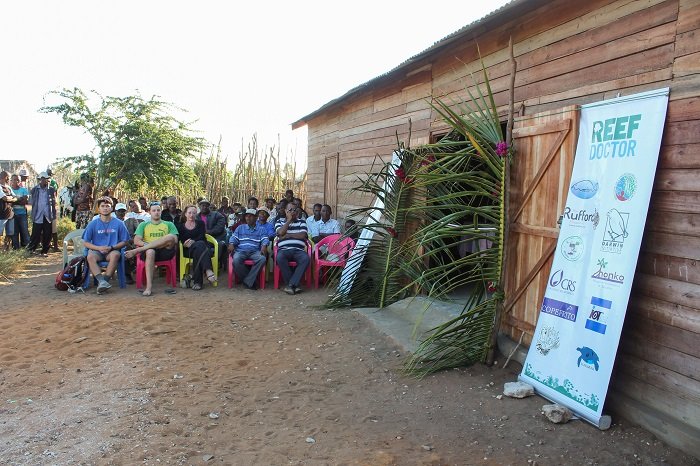 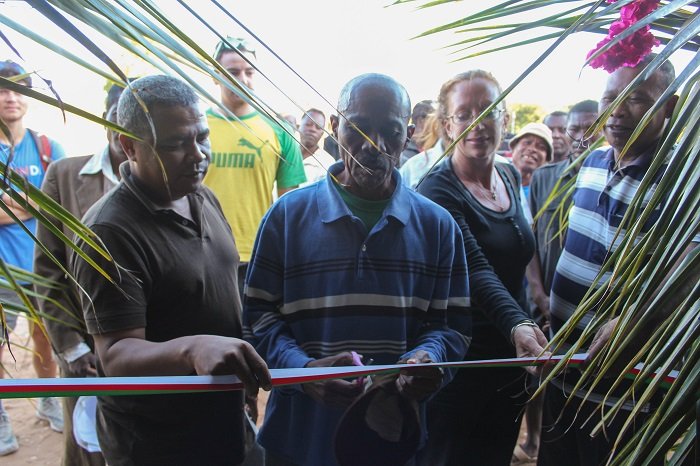 In the past month, goodbyes have been said to interns, volunteers, and staff who trickle out of camp at the completion of their service. This week there was a particularly large farewell, as several long-time interns, staff, and volunteers left around the same time. With some spending several months, and others spending a full year at Reef Doctor, their departure was certainly felt. All hard-working people that share an authenticity for enacting a healthier community and environment, it was inspirational to see how they spent their last days on camp working to ensure that the newer arrivals would have a meaningful experience at Reef Doctor. Sustainability has many definitions. It can range from the protection of our planet’s environment, to the retention of indigenous culture. Even an organisation that works to promote sustainability has needs so that it too can be sustained. One such need is the enthusiasm by workers to voice their perspectives that progress projects and guide project inheritors with knowledge to make the organisation’s work impactful. As someone who learned from them and the others that have left this month, I can confirm that each possessed this enthusiasm, and each have inspired me to do the same for those that will take over when I leave in August.”

Scarecrows For Turtles
Scroll to top