Madagascar is amongst the poorest countries in Africa. As estimated by the World Food Program (WFP), over 90% of the population lives below the international poverty line and nearly half of all children under the age of five are malnourished due to a lack of access to and diversity of food.

The Toliara Province, a semi-arid region in the Southwest of Madagascar, is at particular risk of droughts and has the highest rate of poverty in the country. A recent assessment by Reef Doctor, confirms this trend. According to the study, nine out of ten households in the Bay of Ranobe are living in multidimensional poverty (for further information click here). A 2016 joint assessment by the Ministry of Agriculture, the UN Food and Agriculture Organization (FAO), and WFP found that 1.2 million people living in South Madagascar are suffering from food insecurity. This is mainly due to a high risk of natural disasters, political instability, limited investment in social infrastructure, and environmental degradation such as soil erosion, coupled with an increasing population and migration towards the more resource abundant coast. 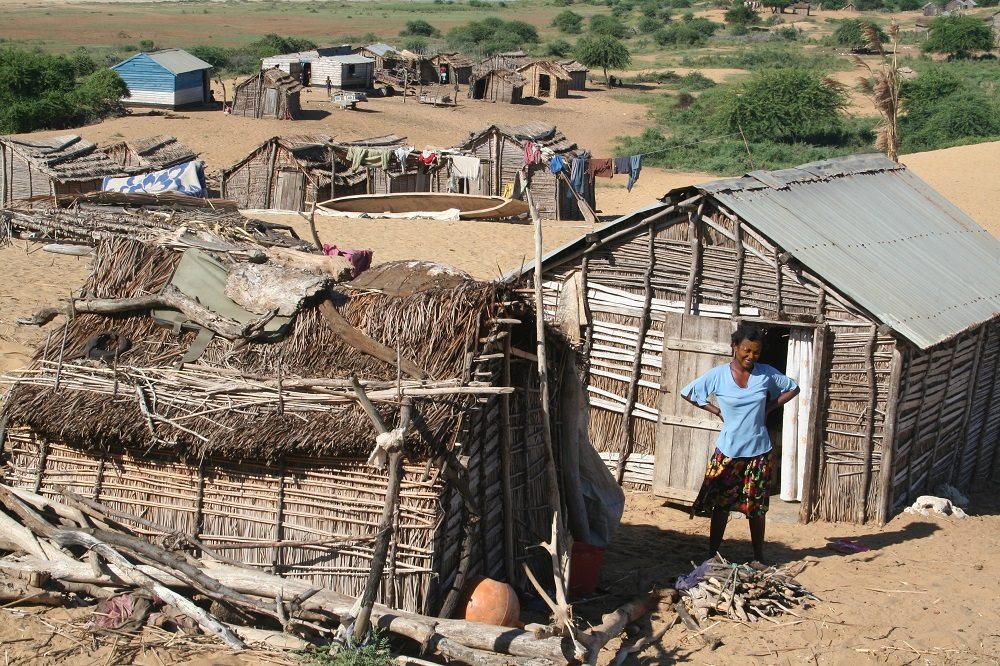 Under such developments it becomes obvious that securing food access and diversity is crucial for the well-being of locals living in this area of the world, and Reef Doctor is currently addressing this problem. Back in early February we established a vegetable garden on the Reef Doctor site as a pilot project. The aim of this project is to pass on our experiences and knowledge of vegetable cultivation in this harsh arid climate to local communities. We hope to encourage them to establish their own vegetable gardens to an attempt to address the over-exploitation-based and climate change driven food security issues affecting the region. Below our intern Lara Birkart gives us an update of project progress so far…..

“We are pleased to report tremendous progress so far! The seeds that were planted between the 10th and 17th March sprouted about a month afterwards with an early-bird courgette that we harvested in May. Nearly three months have passed and there are two more courgettes and several green peppers, carrots, beetroot and lettuce growing. At the start of the project, beds were watered generously twice a day (before sunrise and after sunset). With increasing plant strength, we cut down watering to once a day. Considering that fresh water is a scarcity in this part of Madagascar and not easily attainable, it is encouraging to see that this relatively small amount seems to be sufficient for the veggies to grow well. 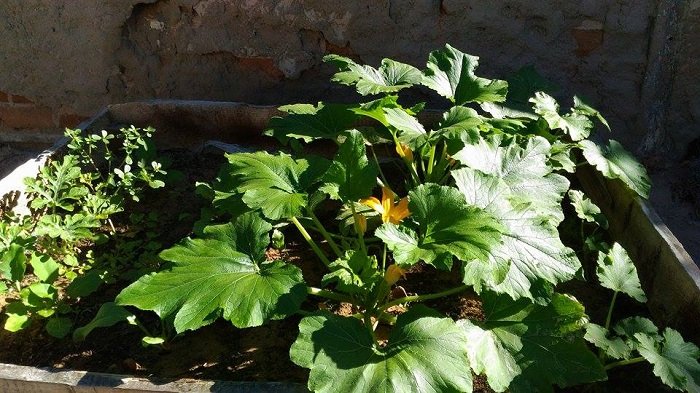 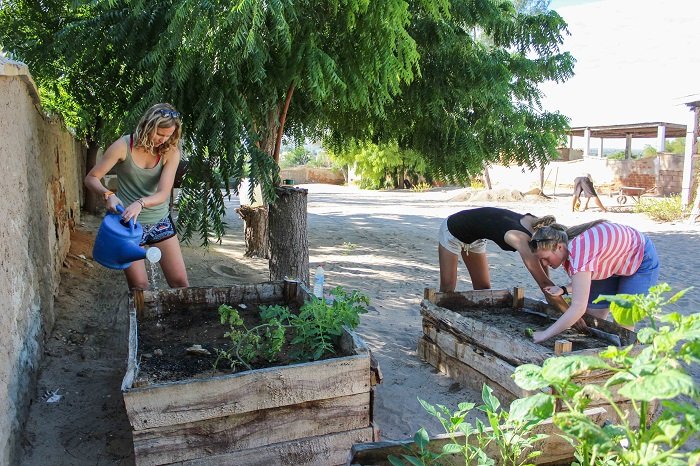 However, we have encountered several problems during the creation of the vegetable garden. First, after two months, hardly any of the vegetables that were planted in Boxes 4 and 5 sprouted (except for one lettuce standing strong). This might have been due to the fact that the soil mixture in those boxes was not optimal for the vegetables chosen (mainly herbs and green beans). Second, due to inappropriate planting techniques Boxes 2 and 3 were over-crowded with multiple plants sprouting from one spot. After allowing some time for growth, Boxes 1 and 5 were used for transplantation and currently hold two carrots, seven beetroot, twelve aubergines, and seventeen tomato plants. 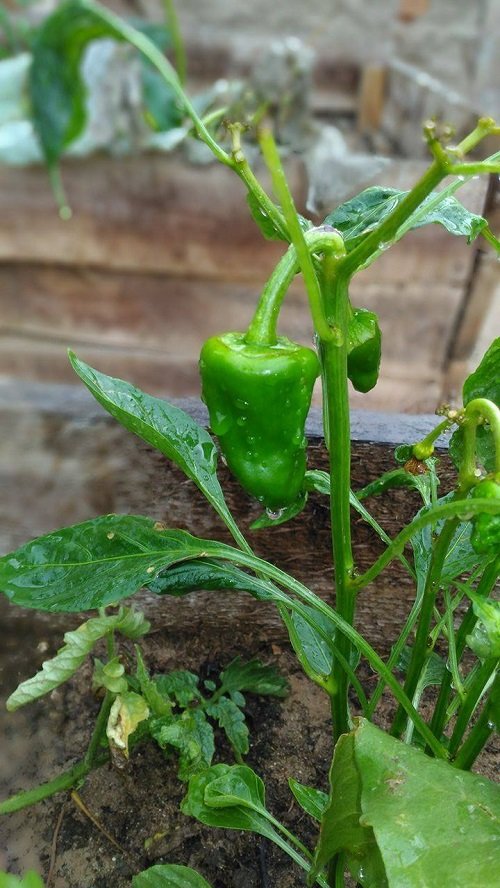 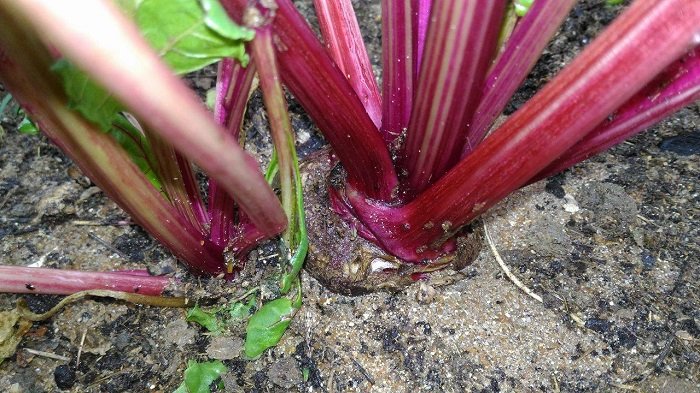 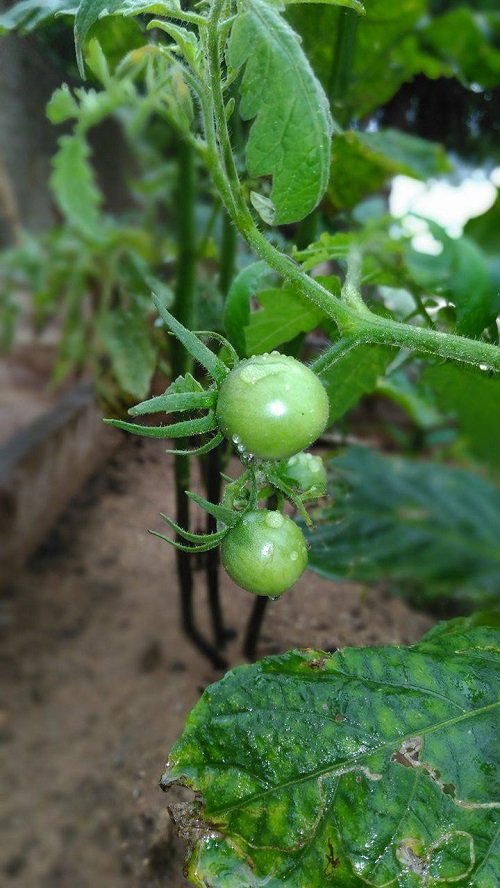 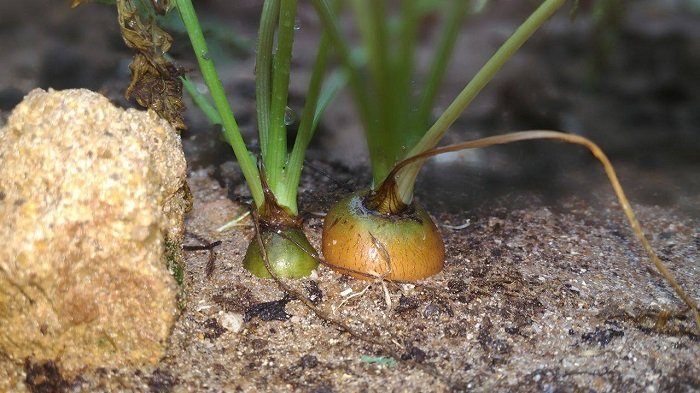 On the 8th of June, Kasen, another intern, and myself started construction of another four beds to continue experimentation. The objective is to grow various vegetables (such as green pepper, carrot, beetroot and tomatoes) and herbs (e.g. parsley, coriander) in different soil mixtures of sand, red sand, Zebu manure, and compost. This will allow us to determine which plant grows best under which condition. Information gathered and lessons learnt will be shared with communities when the time comes to support them in establishing their own vegetable gardens. 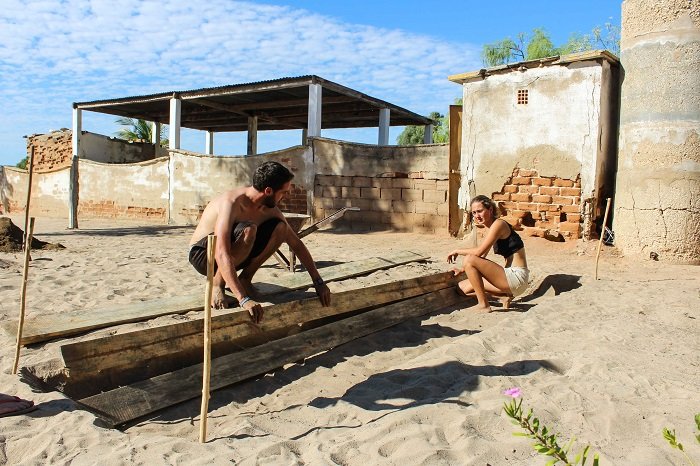 In addition, on the weekend of the 3rd and 4th June Beth, another intern, and myself checked the garden for further progress and were amazed to see how much bigger many of the veggies have become. We harvested four green peppers, one courgette and several leaves of ‘Anamamy Be‘ (a plant indigenous to Madagascar) and prepared our own lunch. After months of care, harvesting your own food is an incredibly rewarding experience and we are very proud of our garden! We look forward to our efforts being utilised when transferring this pilot project into a large-scale community-based food security project.” 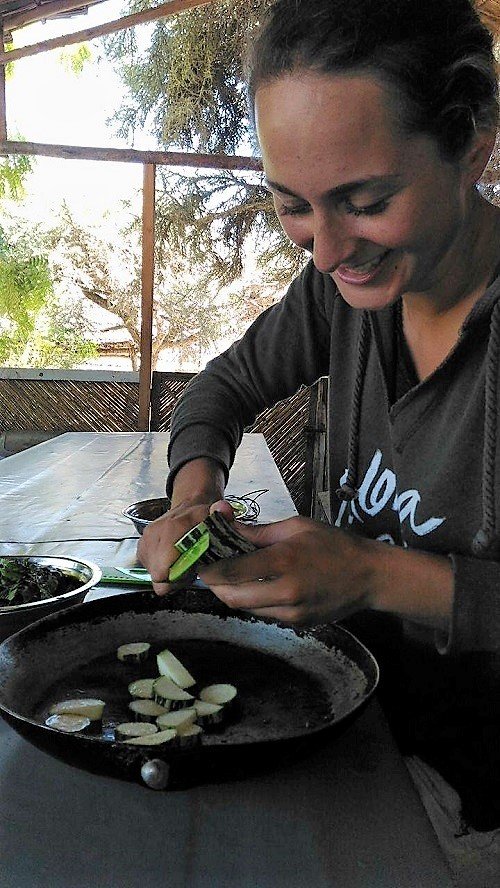 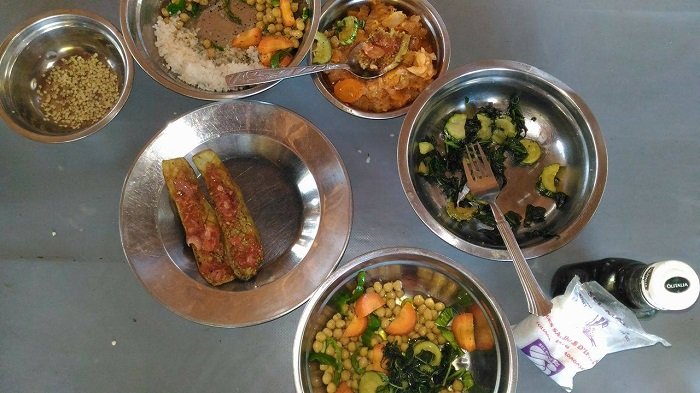 Passing the Paddle
Scroll to top