We’ve had such a busy week at ReefDoctor there is barely enough time to tell you about everything that’s been going on. We’ve filled you in on our hugely successful second annual MPA relay and the latest aquaculture news, and now we get a chance to brag about our wonderful ReefDoctor Juniors again! 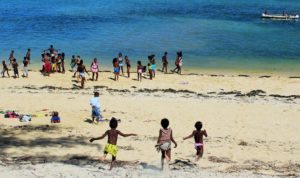 The Juniors entertained everyone at our MPA relay with songs about conservation, littering and the environment. They were fantastic and everyone really loved the songs, specially written for them by our very own, very talented volunteer coordinator Rinah. The next day the Juniors should have been attending classes and learning even more about the environment but they have reached the end of the current curriculum and deserved a treat for all their hard work in class and at the MPA relay. So, instead of heading to the classroom on Saturday we took the Juniors for a picnic.

At 8am 28 Juniors together with Rinah and Apo who organized the day, Tom, Candice, Marco, Oriana, Viv, Mary 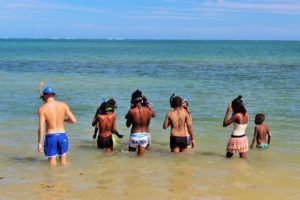 and Iva set off laden with food, snacks, far too many fizzy drinks and a big bag full of masks for snorkeling. The younger children are just a little too small still to go snorkeling so while we divided the older children into groups, games of football and tag were played on the beach. The older children were given a mask each and groups took to the water to see what could be seen. The tide was low, which was perfect for the Juniors because they could stay in shallow water and still get to see what was on the seabed. It was a lot of fun and the Juniors saw seagrass, sponges, nudibranch eggs, various types of snails and shells, some coral fragments and lots of starfish. 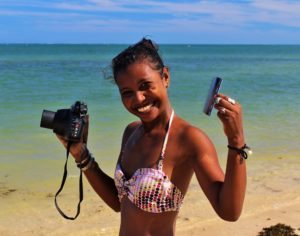 We had another little surprise in store while everyone was playing and snorkeling. RD Comms leader Viv had the great idea of bringing a Polaroid camera from the UK to take photos of the Juniors, and we brought it to the picnic. Everyone posed in and out of the water. None of the ReefDoctor team had seen a Polaroid camera in years and we were just as excited as the children when the pictures popped out! We don’t often get the chance to print photographs so it was great to have a physical picture to show the children. All the photographs are going to be made into a collage to hang in the ReefDoctor classroom so the Juniors can see them whenever they want.

Once everyone had a turn it was time for the picnic. A huge picnic blanket was made out of everyone’s lamba (sarongs) and the children feasted on misao (a pasta and vegetable dish), Sambosa (the Gasy name for samosa made from fish or potato), caca pigeon (the best fried dough snack ever made!), fizzy drinks and lollipops. The children were a little hyperactive after all the sugar but who doesn’t enjoy a fizzy drink fuelled frenzy every once in a while? It was a treat they definitely deserved. 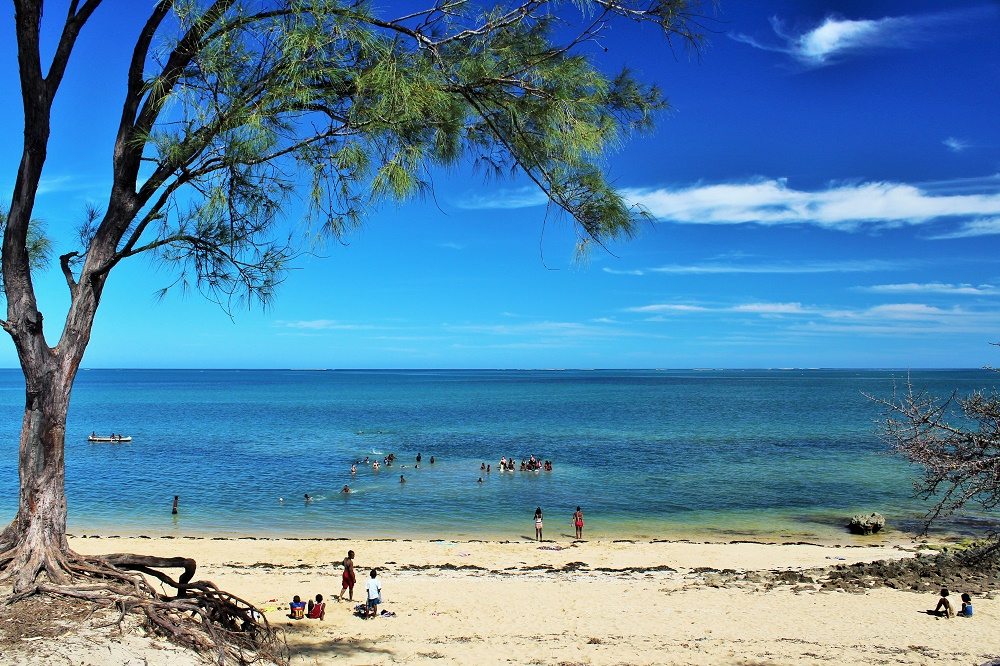 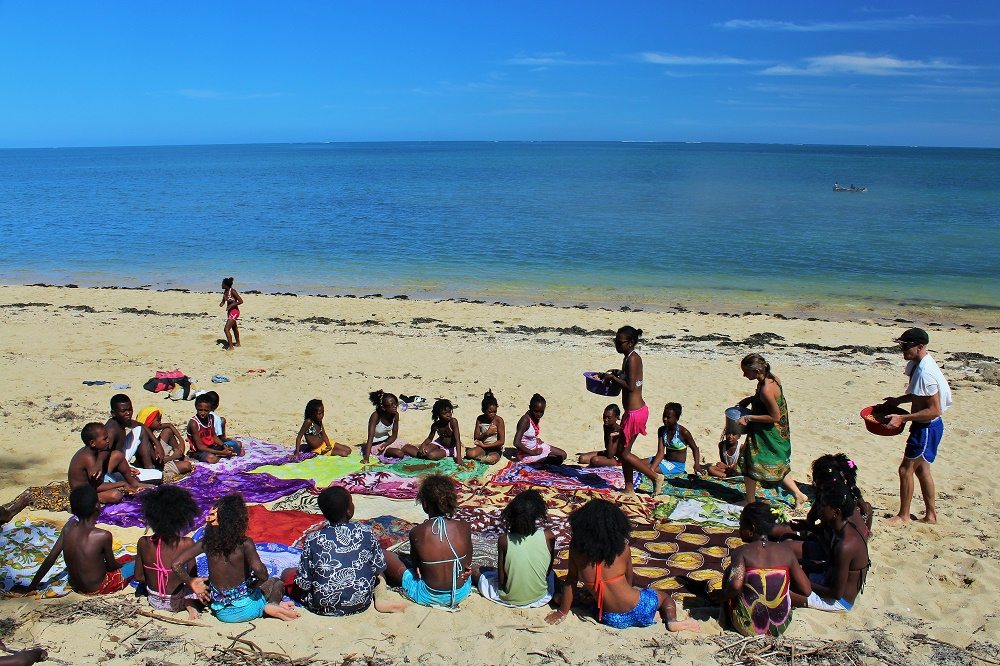 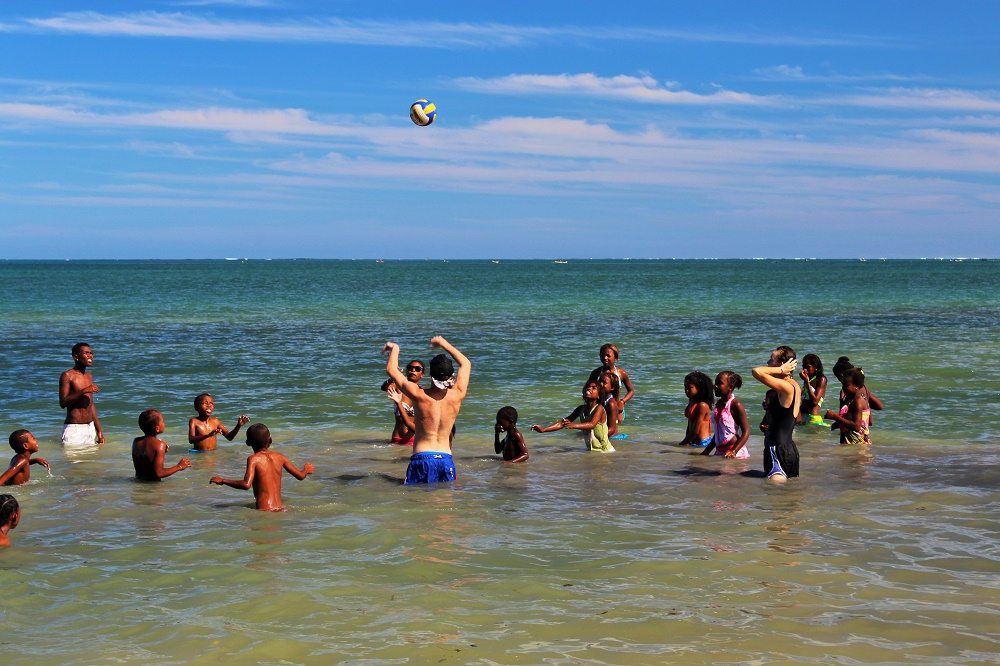 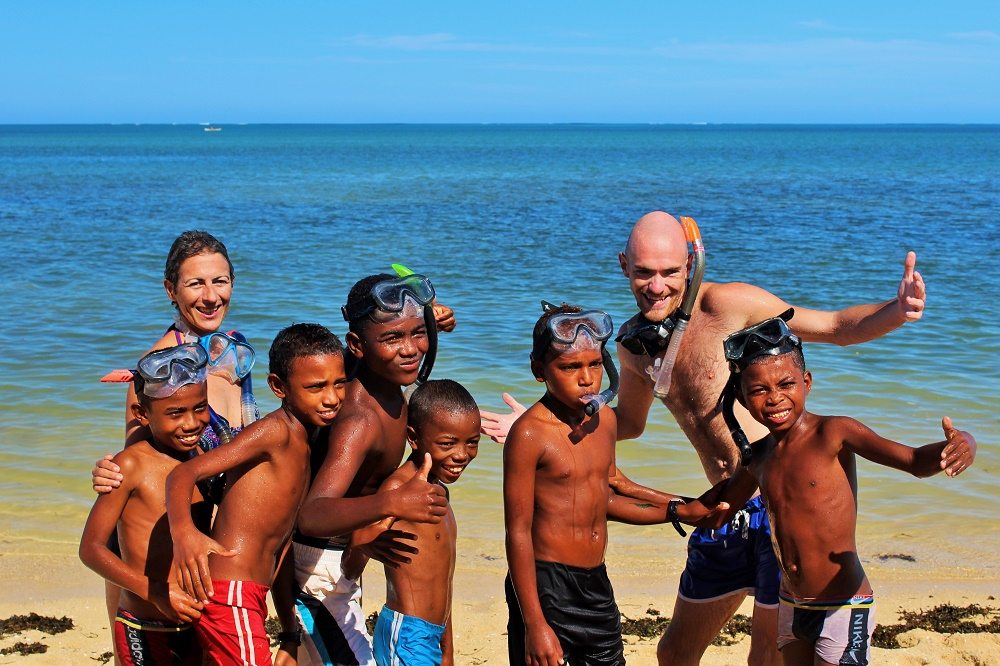