We are very excited to announce the launch of the official campaign for reforestation of the Atsimo Andrefana region! The 66,283 km square region spans from the Southwestern tip of Madagascar to roughly 250 km north of the Reef Doctor base in Ifaty. Therefore, it was to our delight that the Regional Department of Environment, Ecology and Forests (DREEF) chose to team up with Reef Doctor and develop a project right here in the Bay of Ranobe!

Weeks ago, alongside DREEF we visited the small village of Ranobe. Having been involved in tree planting projects in the past, and bearing a name that in Malagasy means “BIG WATER”, we felt it was an ideal location to inaugurate this tremendous regional wide reforestation initiative.

A town situated 6 km from the coastal highway, it is quite the rugged road to get to the village of Ranobe. Not even the ever-dependent local mode of transport, the taxi brousse, can make its way to Ranobe during the rainy season! 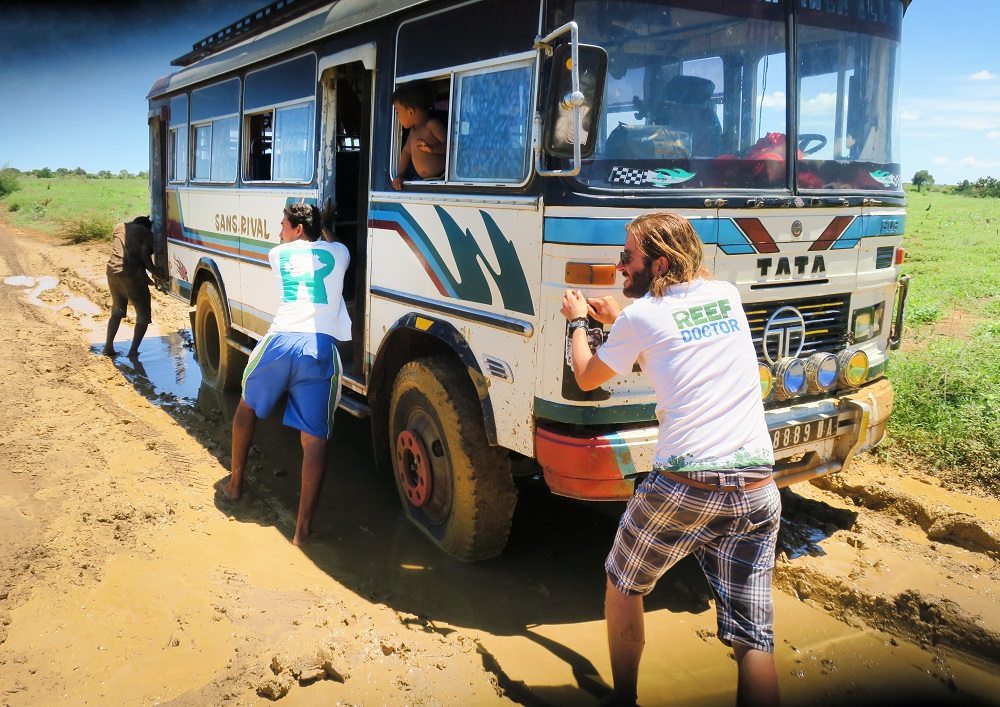 Residents are dependent on Zebu led carts to make the journey to the closest town once a week and attend a market for goods. Generally, this involves community members of Ranobe travelling with what little resources they have for an income such as vondro (grass like reeds used for building huts) and wood cut down from their forests for charcoal and construction, or some of the products grown around the village such as corn, cassava and sugarcane, when the weather provides stable growing conditions. 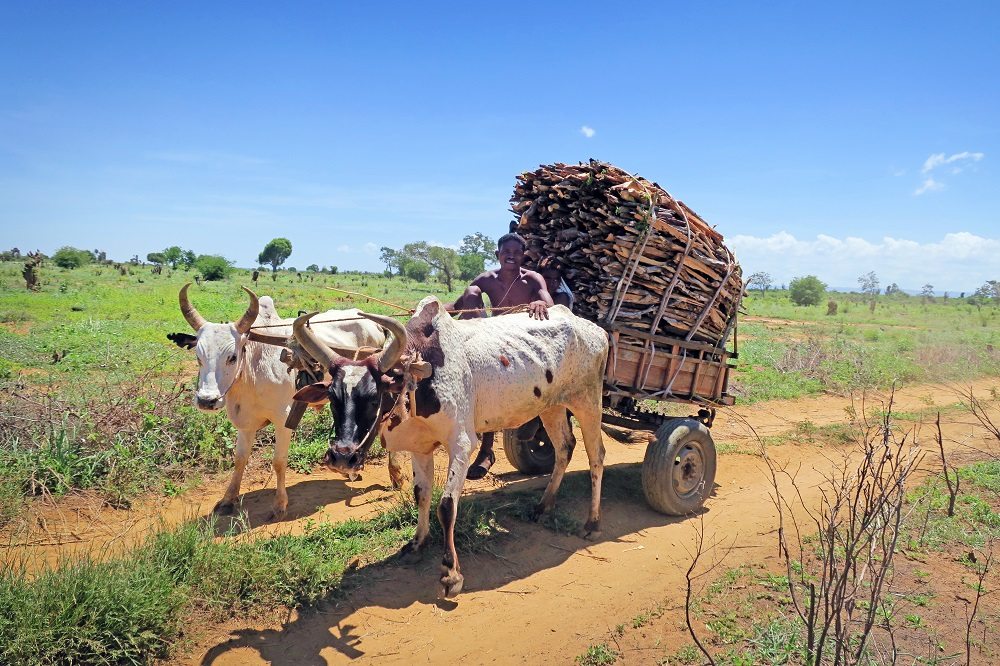 Initially we were excited to see the rains return for one final push before the end of the rainy season to support all of the trees we would be planting for this event but during the many back and forth deliveries of our trees, we started to change our minds. We chased goats in torrential downpours, drove through puddles metres deep, and mud that would spin you every which way. To top it off, the cactus has grown so high, that in certain places it engulfs the entire truck, and you have to be sure to keep your limbs well tucked away in the vehicle!

After many meetings with Village Presidents, Regional Mayors, community members and site visits to the degraded forest that was to be planted, on Monday February 20th the event kicked off with a training day for community members. They were taught the importance of planting indigenous species in the forest rather than introducing non-native trees, as well as demonstrations of proper planting techniques. 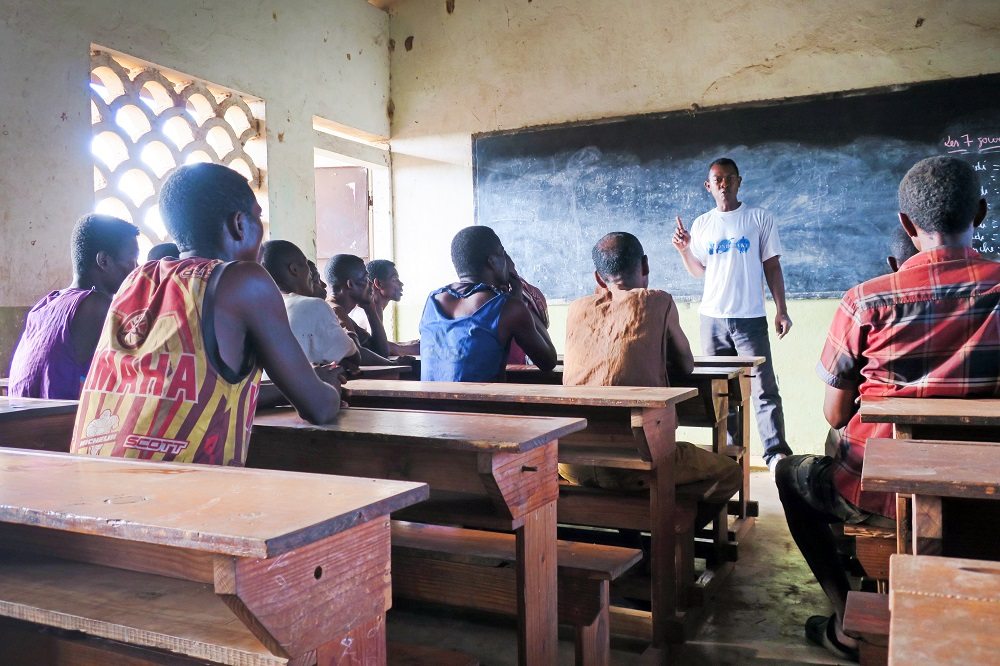 From Tuesday to Thursday, the community members were up before sunrise and back in the forest just before sundown to beat the heat, and plant 2,800 indigenous tree seedlings! The local women would sing and dance each time we arrived with more trees throughout the week and the community had come together and planted trees they had already been growing around their schoolyard and throughout the village to create a tree lined driveway into the grounds where the event would take place. On February 24th, a huge turnout of roughly 500 people made the journey out to Ranobe from all around the region to support this wonderful project! 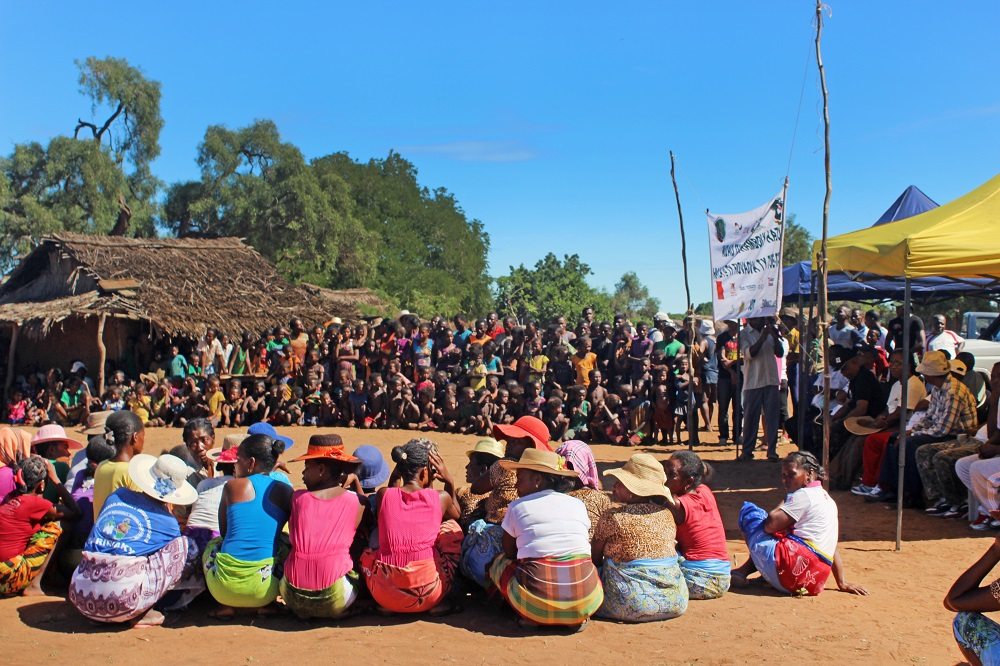 The Reef Doctor team was there bright and early to help set up the event. Woman’s groups from around the region had prepared a dance and were very eager to get the Reef Doctor team up there dancing with them in front of the crowd! Speeches from local and regional authorities commenced to spread awareness about deforestation and the importance of this initiative and then the excitement began as everyone in attendance walked into the forest and planted roughly 700 trees! 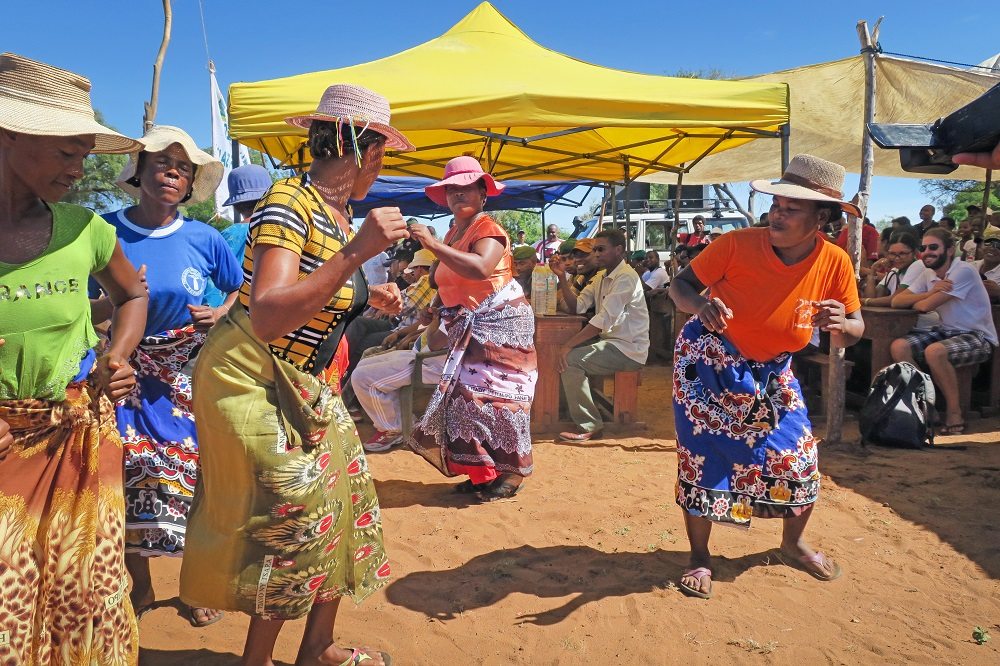 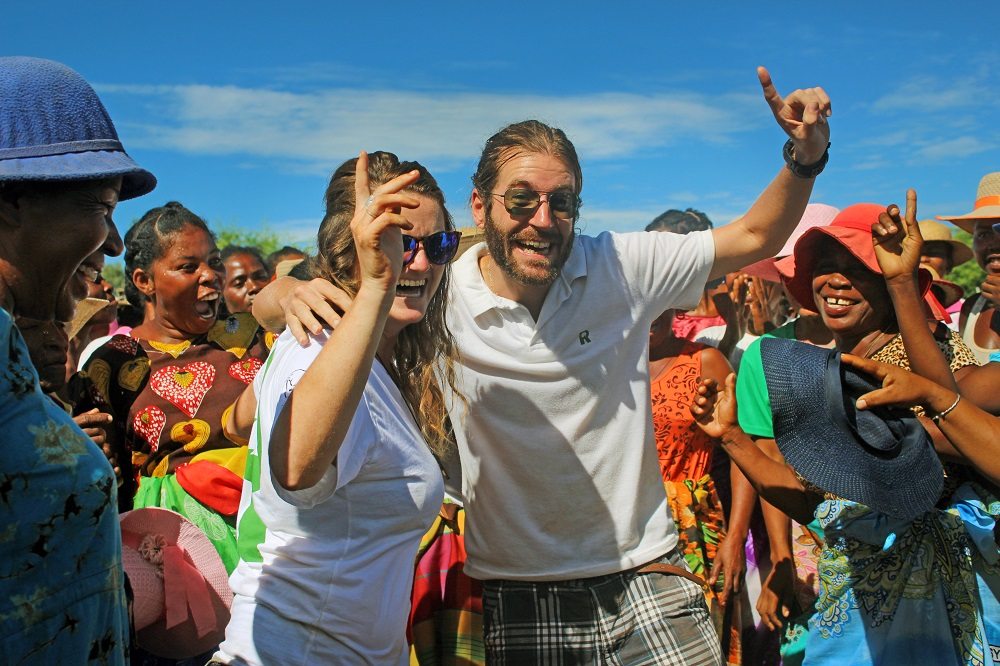 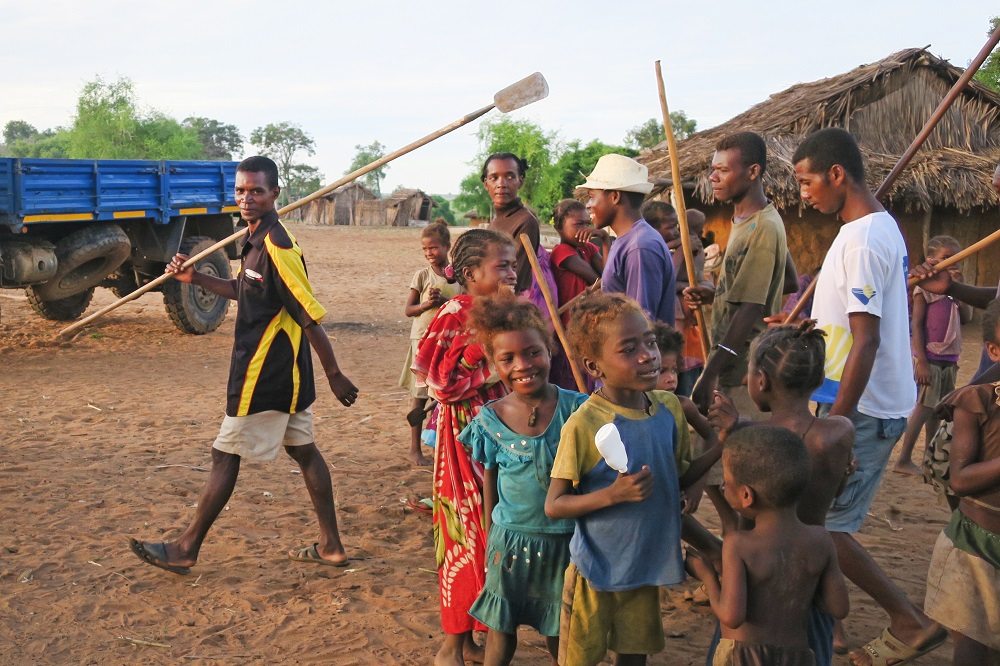 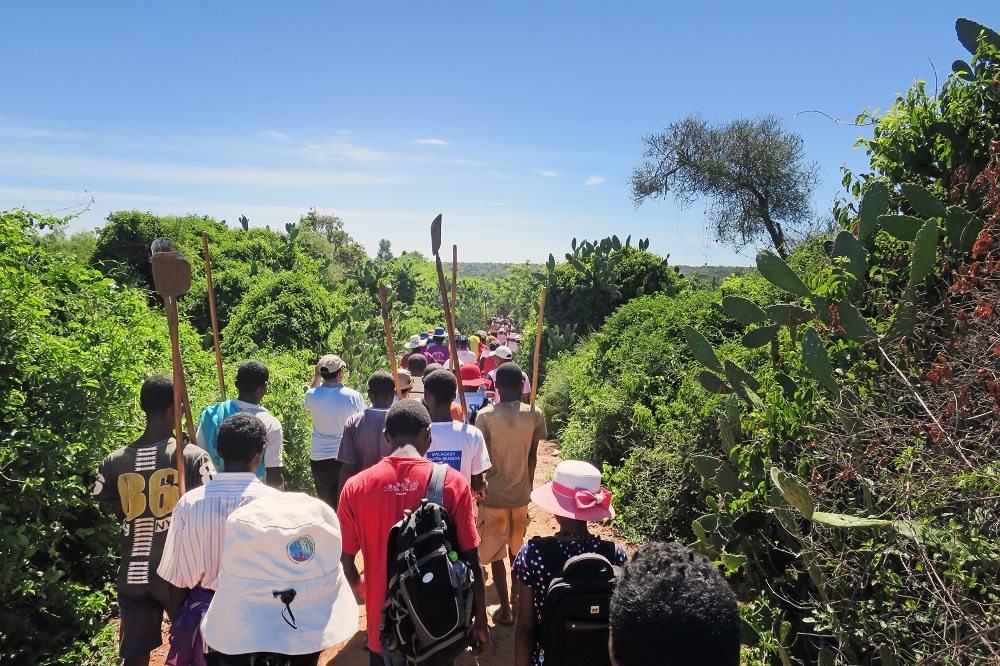 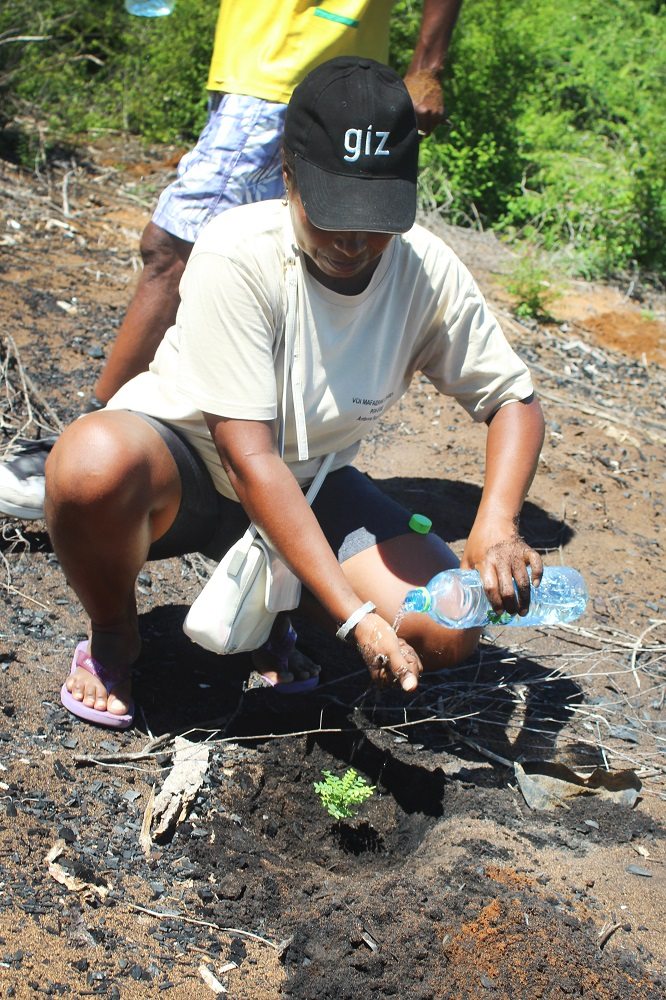 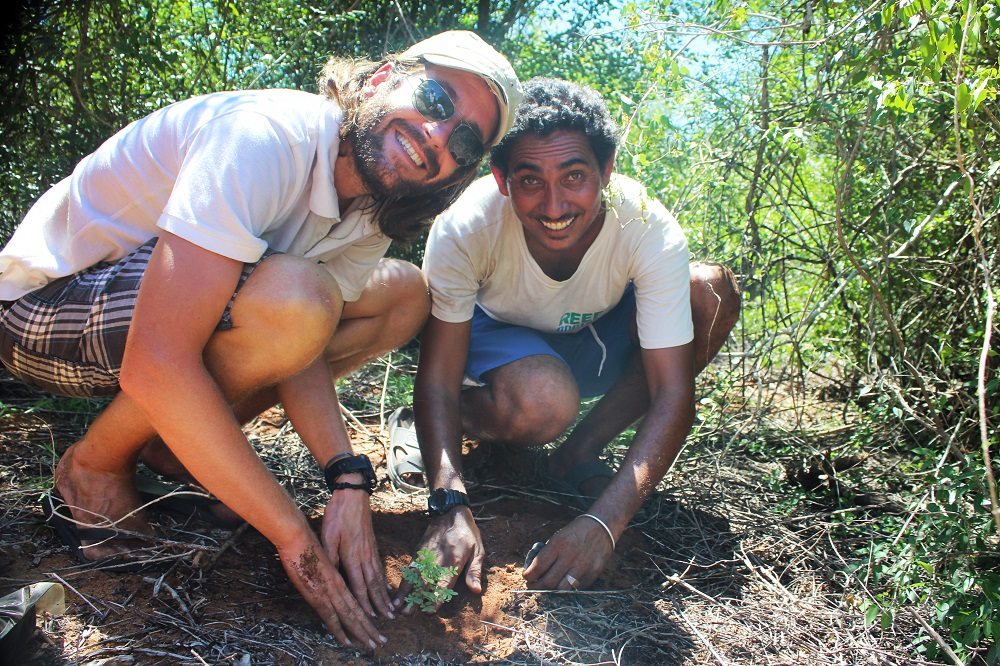 DREEF is committed to reforesting an astounding 3,000 hectares! Although this will only reforest roughly 20% of the current regional deforestation estimates, it is an exciting commitment to reforestation of Madagascar’s largest region. Reef Doctor provided 2,200 trees for the event, which amounted to one tree planted per Ranobe community member.

Stay tuned for more updates on this exciting new venture into terrestrial conservation, the reforestation of one of earth’s most unique forests, and to learn more about what Reef Doctor is doing not only to reforest indigenous trees, but to combat the causes of deforestation!

How Does Your Garden Grow?
Scroll to top