It’s been an incredibly busy month in our Tree Nursery!

As reported in our last blog, we started with 1,600 trees in our newly established Reef Doctor nursery. These included several species that we are testing for use in sustainable charcoal production, including Acacia auriculiformis, Acacia leptocarpa, Leucaena leucocephala, Albizia lebbeck, Eucalyptus majunga, Eucalyptus grandis, and Eucalyptus camaldulensis, as well as the fruit-bearing trees Papaya carica and Coeur de boeuf to complement our objectives regarding food security. We received the second half of our tree order just 2 days before Christmas, adding another 8 species to the nursery, bringing us up to a grand total of 2,800 trees! These species consisted of Casuarina and Acacia mangium for sustainable charcoal, Croton mongue, Mantaly, Acajou D’Africa and Flamboyant for reforestation, and Tamarind and Pomegranate for food security. 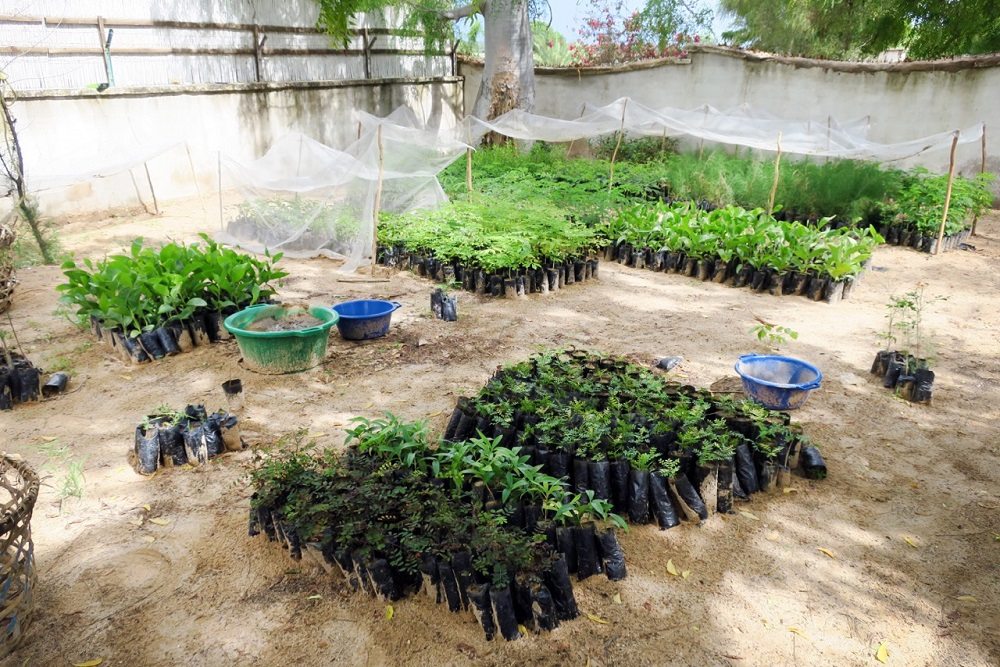 The first few weeks certainly had its trials and tribulations. First an outbreak of mealybugs hit our papaya trees with a vengeance, and began travelling to other species before we could mitigate the nasty little white critters. Luckily we were able to recover many of our papaya, and managed to come out with an 80% survival rate. Techniques such as wiping the bugs away with old toothbrushes and our fingertips, and saturating the bugs with dish soap were undertaken, but ultimately the resilient pests only succumbed to the use of insecticidal soap purchased in Toliara. 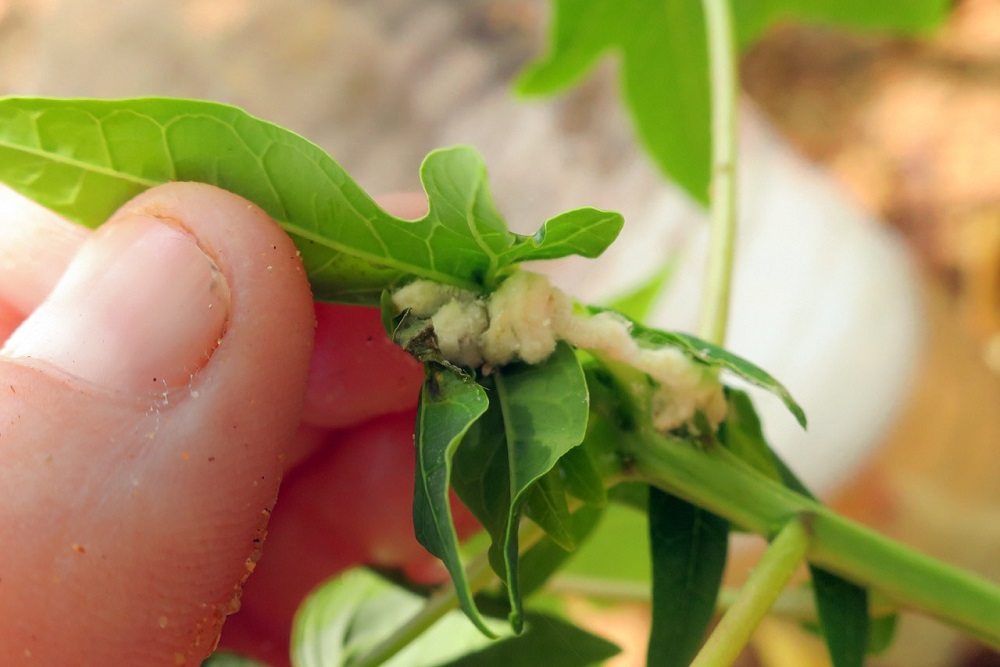 Another odd insect to reach our saplings was the leaf cutter bee. These bees nibble perfect little circles on the leaves of plants, and do not seem picky about which leaf they gorge on!  Thankfully their grazings are only aesthetically unpleasing, and have no severe negative impact on the health of the plant. 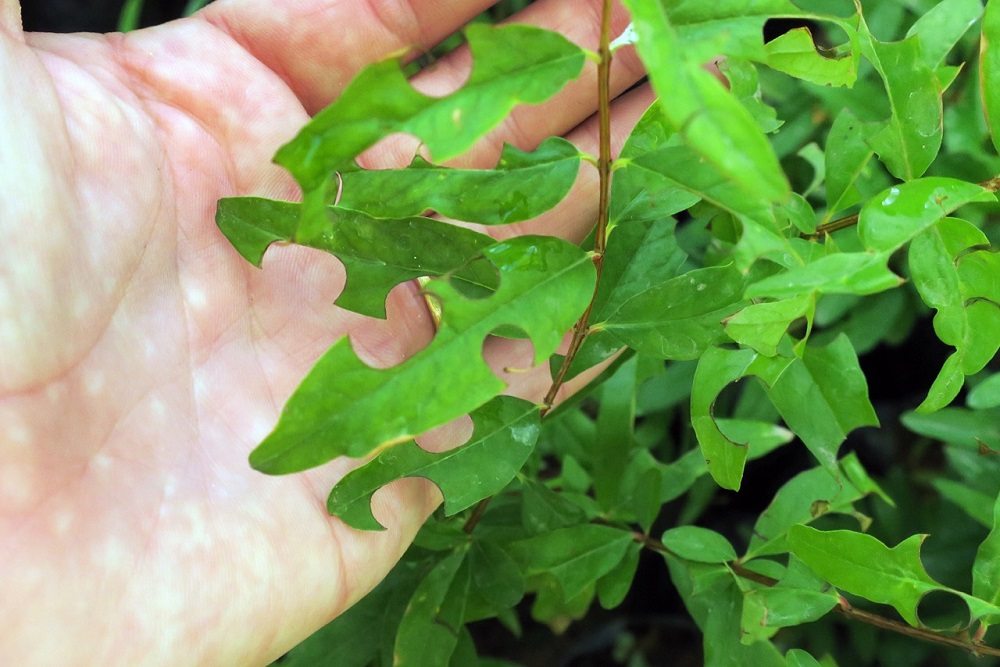 Secondly, we were naive as to how much water these wonderful saplings would require. Initially we thought these trees were adapted to full sun exposure and limited waterings, but boy were we wrong! After the first week in the RD nursery, our plants looked a little unhealthy. They were drooping, turning brown, and losing leaves at an alarming rate. We decided a visit to Welt Hunger Hilfe (WHH), our seedling provider, was necessary. Low and behold, we were very surprised to see the seedlings being kept in full shade receiving heavy daily waterings. Right away we had to nurse some of our babies back to life with extra waterings in mornings and evenings, as well as relocating some seedlings to more shaded areas. The worst hit was one of our Eucalyptus species, which had a survival rate of only 60%, but the good news was that we were able to nurse most our species back to health with over 90% survival rates. Lastly, we realised many of the plants had been damaged during their transport to Reef Doctor and without immediate attention, they tended to suffer quite a bit. Such affects as wind burn, loss of soil around their root balls, and broken bags had long term affects on the health of the plant. 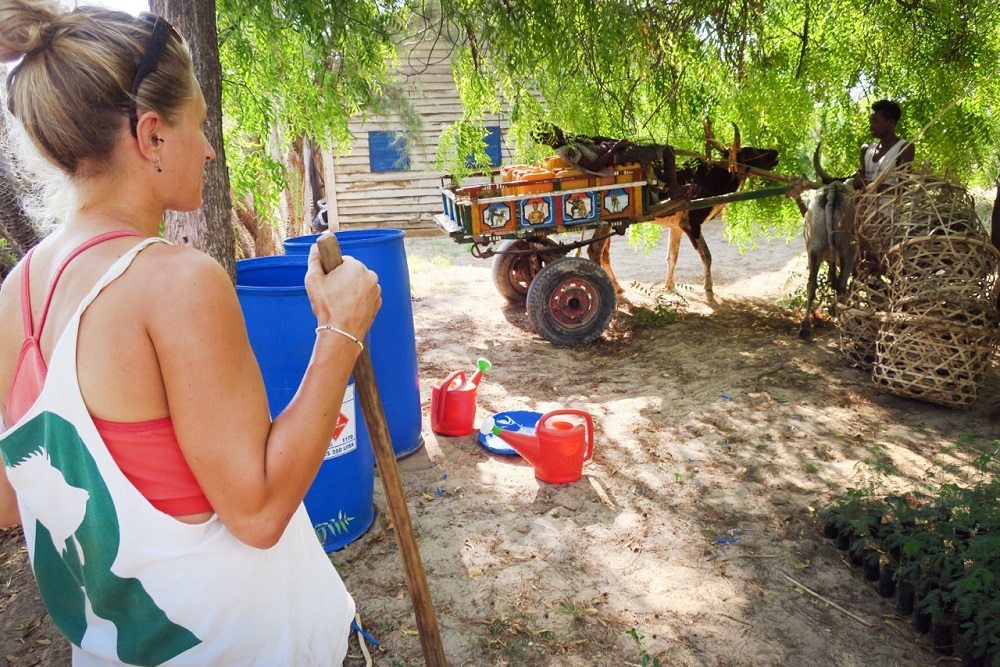 At the start of January, we re-measured our first 9 species that have been here for a month and the results were very uplifting compared to what felt like the decimation of our babies! The combined survival rate averaged 92% with an average growth rate of 5 cm.

Going forward we are slowly weening our plants off full shade, persistently moving them around the nursery, constantly monitoring for new pests, and last week, we were one watering shy of the trees being fully dependent on the rain! Next week we will be measuring our second batch of trees from Christmas and are excited to see if there are any differences in the overall growth and survival results, having gone through so much turmoil with our first set of species! The rest of the month’s activities include setting up a vegetable garden on camp, and hopefully gearing up for a big transplantation into the field soon!

When not in the nursery, the tree team has been hard at work with the help of volunteers and interns at camp, researching the species in stock and building a database of the current trees we have here on camp. We also began a tree growing competition right here at RD headquarters! Meanwhile, our in country director Emma Gibbons has been very busy working towards land acquisition so we can get our seedlings planted in the ground soon! In addition, just two days ago we had another delivery of 1,350 trees from the DREEF Nursery (Regional Department of Environment, Ecology and Forests), including the addition of some exotic local species such as Rosewood and Baobab! We will leave discussion of these species for the next blog! 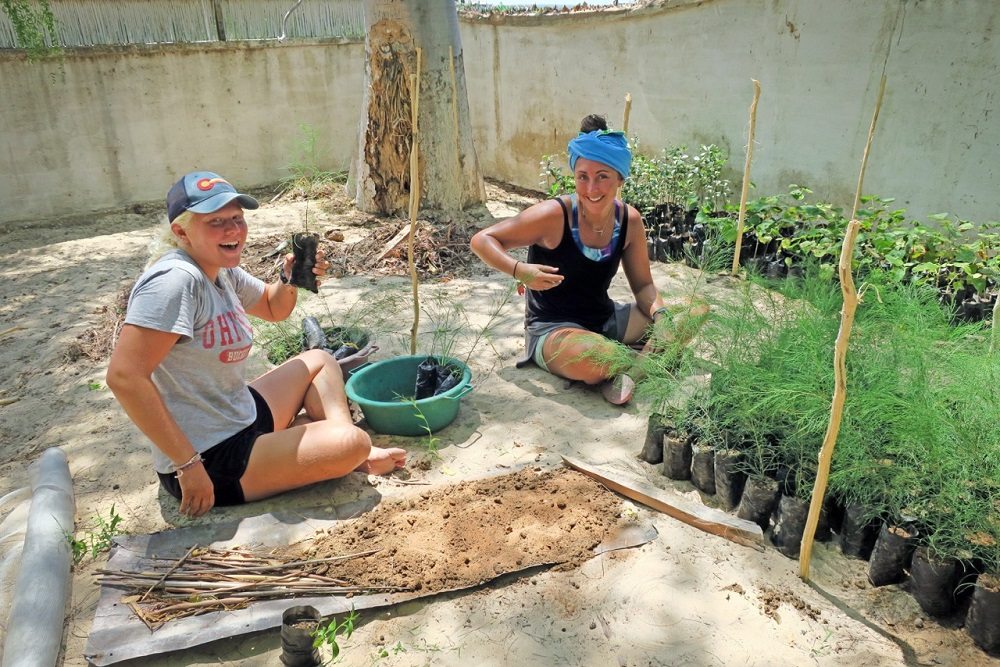 To conclude this month’s report, we thought we would give you an idea of the costs thus far related to starting up a nursery. This is all in Canadian funds as that is where our project leader Jackie Brunton acquired the funding for the project from, so those that contributed can see how far their donation goes in Madagascar! Our cheapest seedling works out to about 8 cents, and the most expensive roughly 18 cents, with the total cost of all 4,150 saplings just under 500 dollars. 4 dollars per week keeps our saplings well watered, and tools such as shovels, rakes, watering cans, shade netting ran up a tab of 100 dollars. We are incredibly grateful for our financial donors, and can’t thank you enough for your kindness. 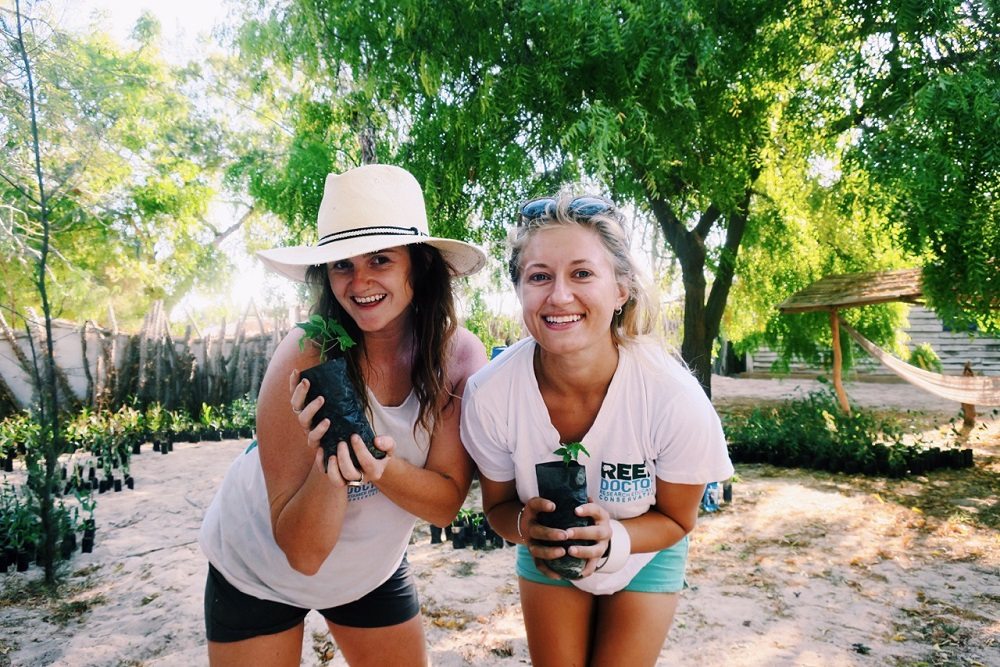