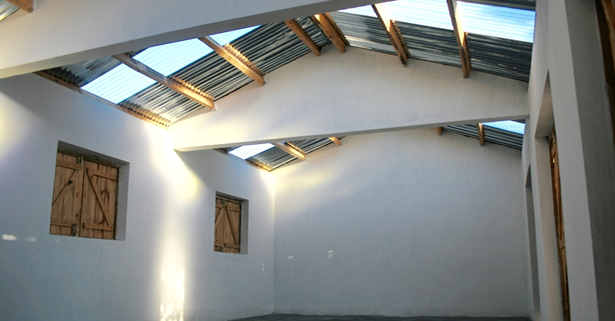 As we continue our third annual MPA Relay Race fundraising drive, we would like to take this opportunity to reflect on the progress we have made since last year’s fundraiser. As you may remember, last year we managed to raise over £1,100 due to generous donations from generous donors and Reef Doctor supporters all over the world. The results of this fundraiser changed the face of the Ifaty coastline, with the construction of the Ifaty Community Library being completed on May 3rd, 2017. 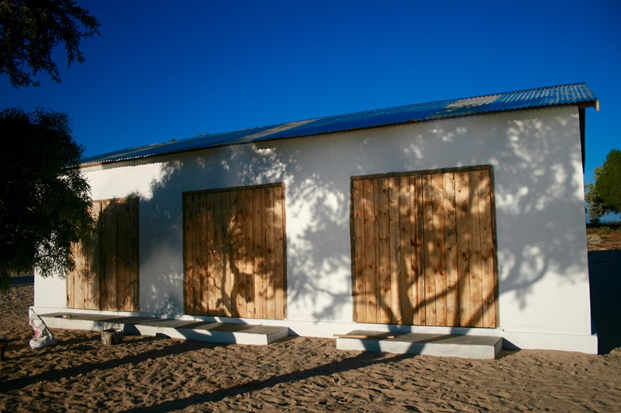 Library construction began in March, soon after our memorandum of understanding was signed with the University of Toliara. With a deal in place to manage the library, which is located on University-owned land, Reef Doctor set to work interviewing builders. We hired a team of six local construction workers from Toliara, led by lead architect Xavier. They reviewed the blueprints for the building and set to work straight away, clearing the area next to our on-site schoolhouse of brush and debris.

As Reef Doctor volunteers and interns can recount, building with concrete is an arduous process here in Madagascar. There are no machines to mix or pour concrete; all the bricks are made by hand and basic tools. Everyone took turns assisting the construction crew in the afternoon, hauling 20-30 kilo bags of sand from the beach to the construction site. The sand was then dumped in a large pile in front of the site, where the concrete-making took place. Two to three bags of cement powder were mixed into the large pile of sand with shovels, and once the mixture was even water was slowly added until it reached the consistency of (you guessed it) wet sand. The wet sand/cement mixture was then shovelled into a brick-making mold, and then a flat piece of wood was used to pack the mixture firmly. 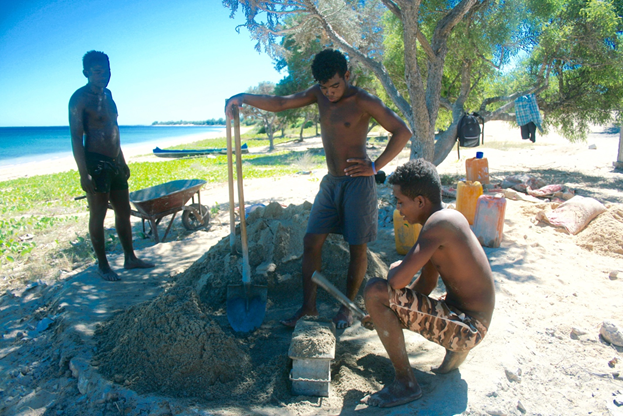 While the filing of the mold is simple enough, I soon discovered first-hand how hard it is to successfully produce a brick. The mold is taken over to a cleared spot in the sun, where the already-finished bricks are drying. It must be flipped over precisely, without jolting and dislodging the mixture inside. The mold is then shimmied off the brick, which ideally holds its structure with the mold removed. However, for every successful brick made there were five that collapsed on themselves, only to be shovelled into a bag and returned to the sand/cement pile for another try. It was arduous and slow-going work, but the boys in the construction crew were much more efficient at it than I was, and maintained a steady rhythm while still having time for the occasional dip in the ocean as respite from the blazing sun! 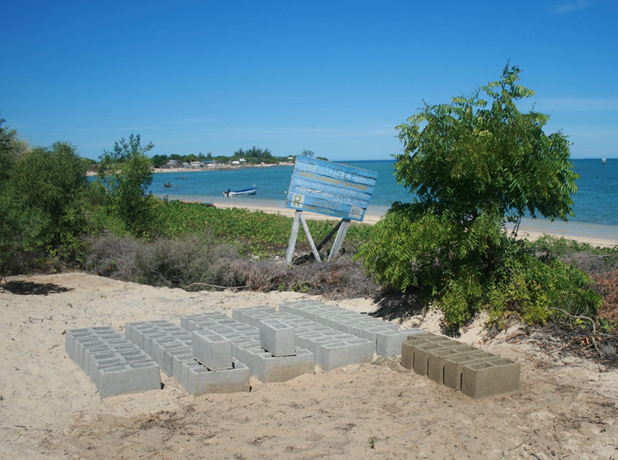 While the boys made bricks, Xavier did the bulk of the structural architecture, carefully conducting all measurements with minute precision. The finished building was within centimeters of the original blueprint specifications – particularly impressive considering not one tape measure was used! After the concrete frame was in place, the gable roof was the next challenge. All the bricks were tossed up by hand to the crew, who were balanced precariously on wooden rafters running the width of the structure. The roof slope was modeled with string, while Selan chipped at the bricks to make them fit into the triangular frame, fixing them in with a cement mortar. 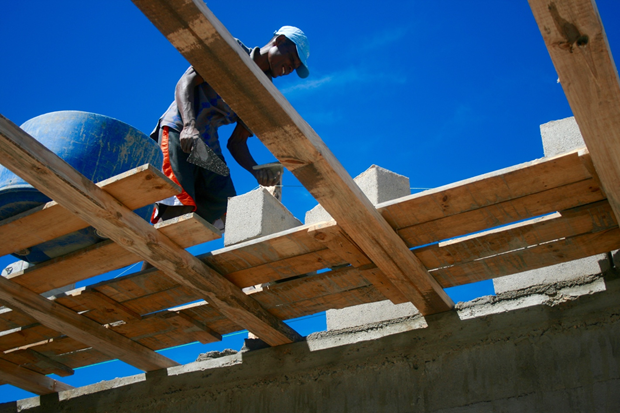 Once both sides of the roof frame were up, the crew quickly filled in the gaps and got ready to lay the roofing! We chose to alternate tin and clear plastic roofing so that the library could take full advantage of the bright Malagasy sun. During the summer months (November–March) there will be enough light for the library to stay open late, while in the winter months the sun sets earlier, around 18:00. However, the building allows so much natural light to penetrate the interior that it remains functionally lit even as the sun dips on the horizon! 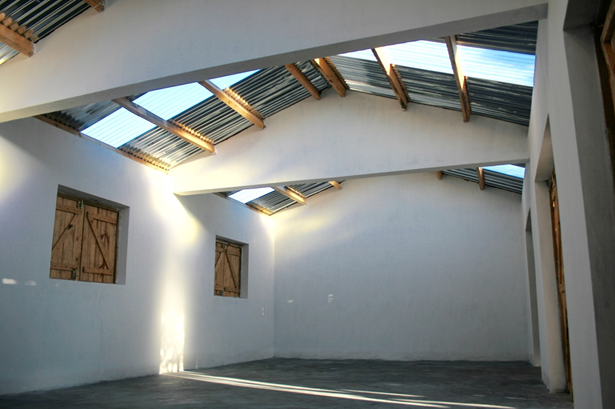 Around the time of the roofing, the project ran into a speedbump. After multiple resupply orders and many bags of cement, we discovered that we were largely over budget. This saw a pause in construction for a week while we decided the best path forward. Ultimately, we knew we had to finish the project as we could not let the generous donations simply stand unfinished, waiting for the next relay race. However, it is a cautionary tale to whomever underestimates the cost of living here in Madagascar. Cement and other building materials are hugely expensive here, and it can take months for projects to finish if costs are not estimated correctly. In the end, £1,100 is not enough to build even a 50-square meter building; it requires about twice as much money. Thus, our annual fundraising efforts are more important than ever, as project costs continue to rise due to inflation and material scarcity.

Despite all the postponed meetings, strikes, budget shortfalls and setbacks, the library was finished on schedule and just weeks before this year’s fundraiser. Looking back, it is truly amazing what can be accomplished by a determined group of individuals, and I would sincerely like to thank everyone at Reef Doctor for their hard work and determination to get this library built. Now that the structure is in place, we will move on to the next step: filling it up! The project has been passed on to the highly capable Education team, and intern Beth Dickens taking a leading role in moving the objectives forward. We have already begun receiving books from France, and will be working on constructing bookshelves and other furniture in the coming months! Thus, funding for Reef Doctor’s education efforts is more important than ever, as 2017 MPA Relay Race organisers Lara Birkhard and Beth Dickens have realised. They have chosen to fundraise for the expansion of Reef Doctor’s educational outreach capacities in several regards, including arranging for external educators to hold classes at our onsite schoolhouse, expanding the capacity of our fledgling baccalaureate program (the only one of its kind in Ifaty!), organising more field trips to expose local kids to nearby nature reserves, and buying books to fill up the community library! It’s a big agenda, and we’re going to need your help to achieve these goals!

The future is looking brighter for both the children and adults of Ifaty, with Reef Doctor’s expanded roster of classes and programmes filling much-needed gaps in the impoverished education environment here. By working together, we can all contribute to developing a more sustainable future for the village and all of Ifaty’s inhabitants. Please take a moment to visit our fundraising page; no donation is too small in helping us achieve our goals!

From all of us at Reef Doctor and the community of Ifaty, thank you again for your continued support! 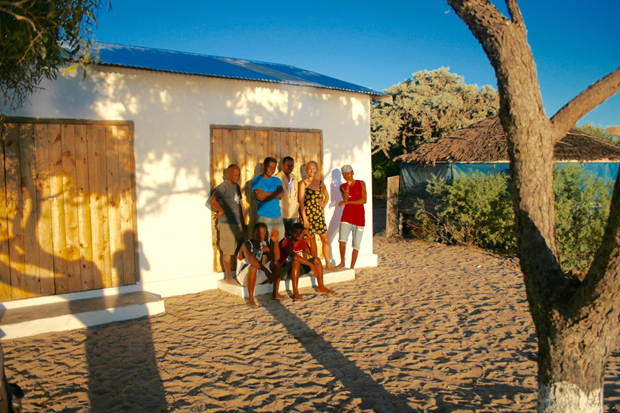