On the road to Ifaty from Toliara, you will see a huge patch of sand which looks like a giant arm reaching for the sea. This is the Songeritelo sand spit and under the appearance of a beautiful landscape you absolutely want to photograph, hides a growing threat to the neighbouring mangrove ecosystem. 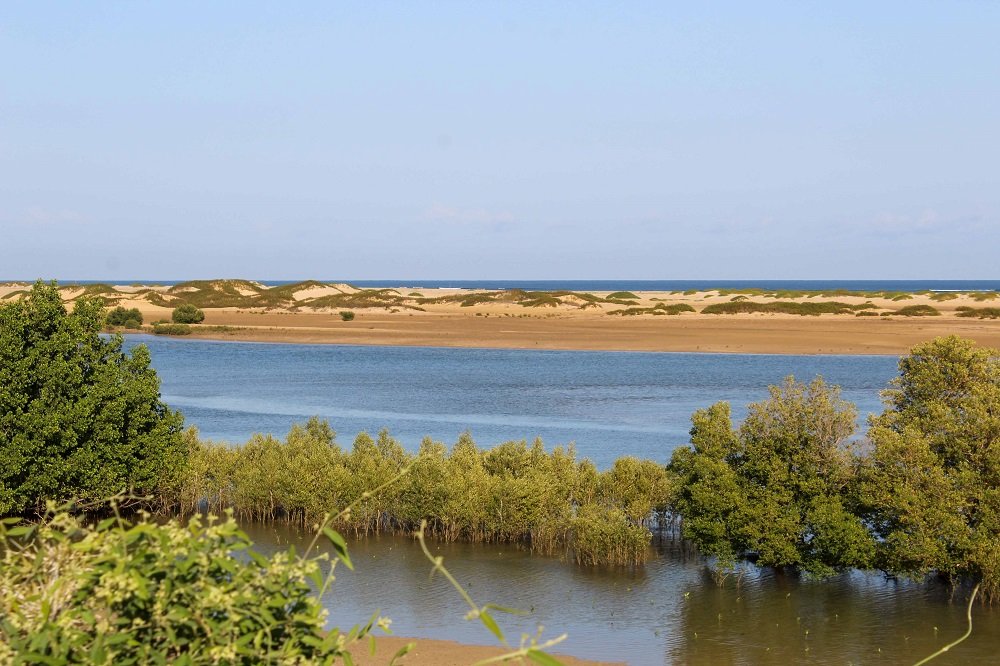 Songeritelo sand spit is not as stable as it may seem. It has been growing northwards at an alarming rate of 45 m/year since 1949. This rate has increased over recent years (to almost 90 m/year between 2011 and 2017) probably due to major deforestation and erosion inland. The channel that brings seawater to the Ambondrolava mangrove system, located to the east of the sand spit, is under threat from dune mobilisation; the potential reduction in seawater supply in the coming years threatens the balance of the mangrove ecosystem. Mangrove forests are complex environments in which trees and shrubbery live within brackish water. The Ambondrolava mangrove is home of a large variety of crabs, birds, fish and other crustaceans. It acts as a nursery ground for fish and invertebrates, provides a variety of ecosystem services (such as sediment and pollution filtration, coastline protection, carbon storage), and provides a livelihood for local communities. The mangrove ecosystem balance, and the livelihood of local communities who depend on the mangroves to survive is under threat from the evolution of the Songeritelo dune system.

However, on Saturday 17th June, there was some unusual activity taking place in the dunes….. 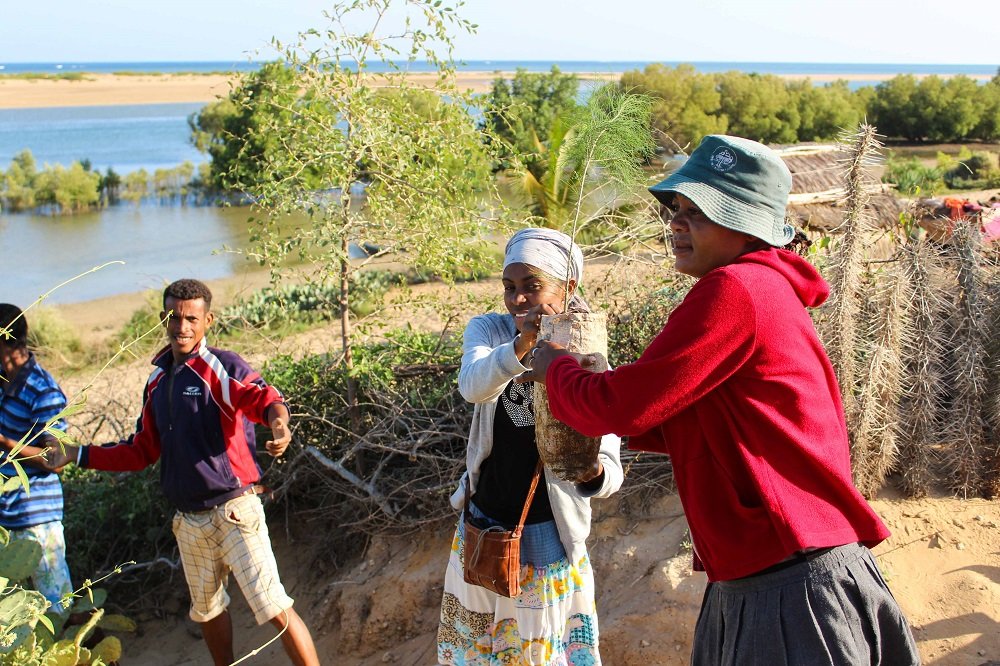 More than 60 people, from the YSO (Young Researcher Organization of Madagascar), Reef Doctor, IH.SM (Institut Halieutique et des Sciences Marines), and Ambotsibotsike and Songeritelo villages, along with the deputy mayor (adjoint au maire), representatives of the chef de région, DREF (Direction Régionale des Eaux et Forêts) and GIZ (Deutsche Gesellschaft für Internationale Zusammenarbeit – German cooperation) crossed the channel on foot or by pirogue to take part in a dune stabilisation planting event. The YSO, a student’s association of the IH.SM, along with Reef Doctor Honko Project organized, for the second year in a row, this massive planting event as a first step to stabilise dunes and reduce the threat to the mangroves. This great initiative was supported by the GIZ, WHH, IH.SM and club Vintsy Vatohara. Similar to last year, the event was organised to coincide with the United Nation’s World Day to Combat Desertification and Drought. 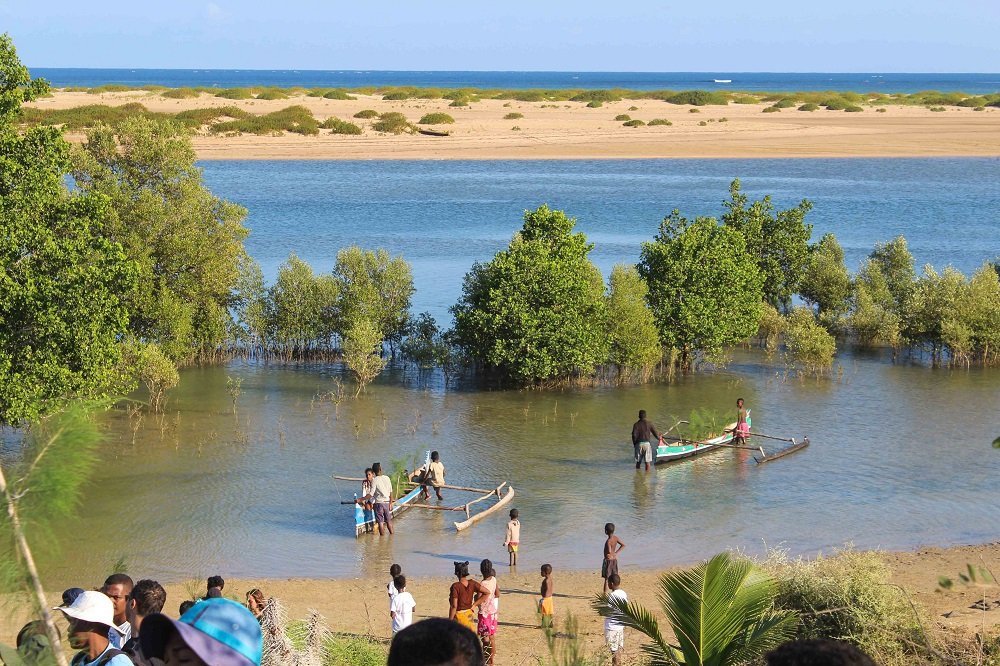 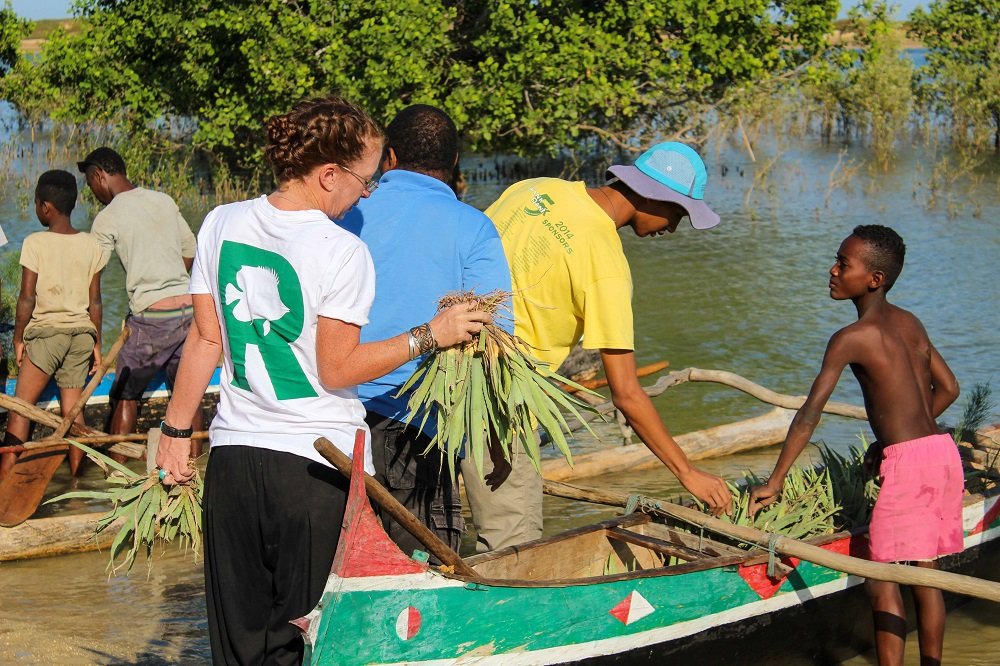 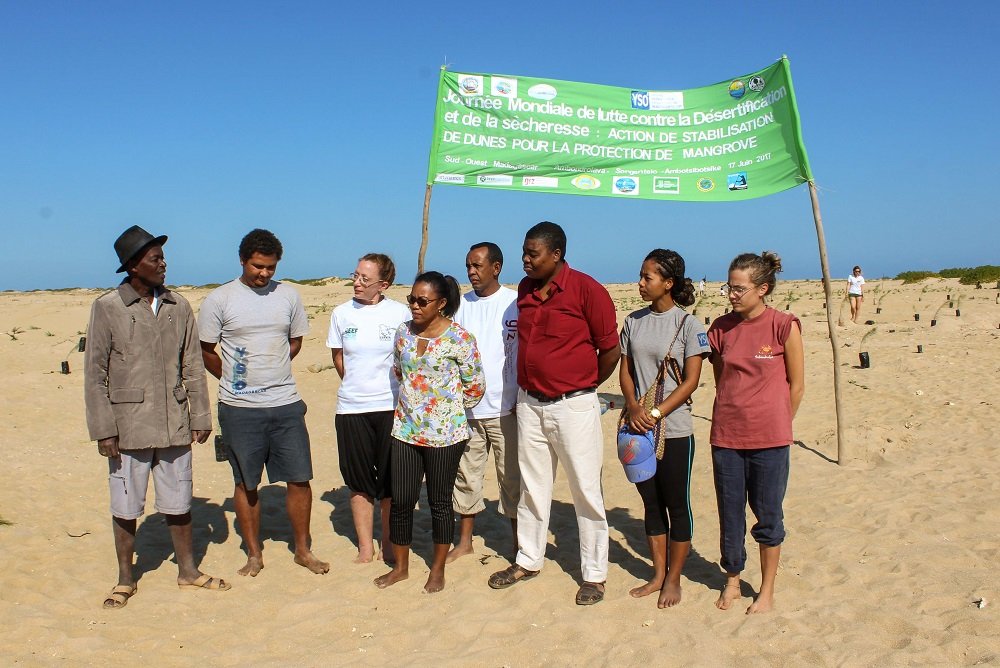 Around 4000 saplings were planted in total, the three main species included filao (Casuarina equisetifolia), sisal (Agave sisalana) and lalanda (Ipomoea pes-caprae). Sisal are well known to help stabilise sandy areas and lalanda also contribute to this objective. The filaos were planted to help sisal and lalandas in their ecological job by acting as a fixing agent. Over time, the filaos should grow tall and wide enough to act as a solid barrier against the wind, which would help stop the movement of the sand and hence the advancement of the dune. 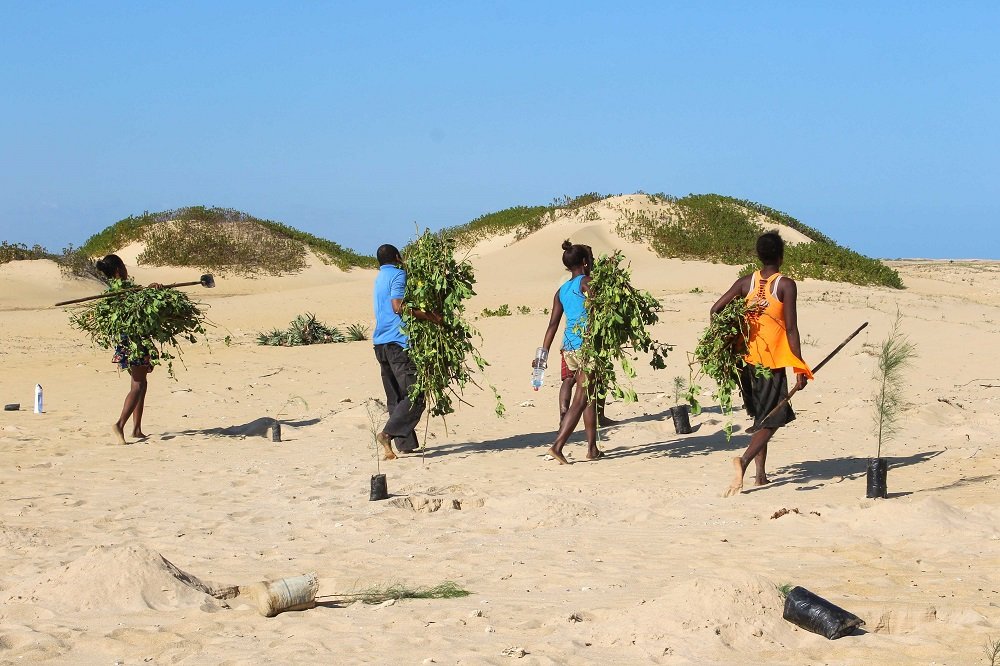 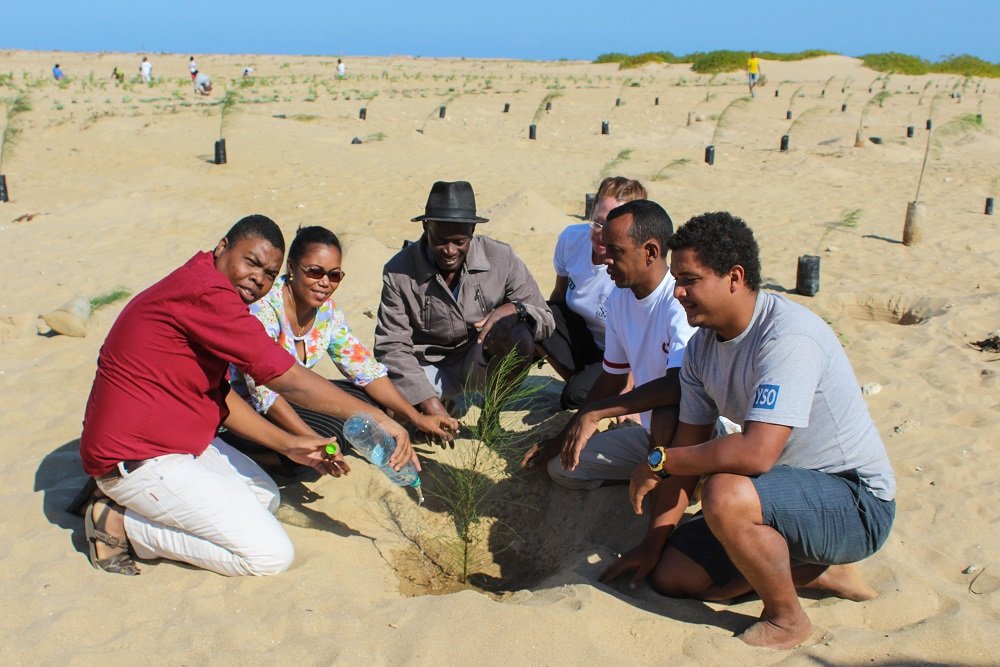 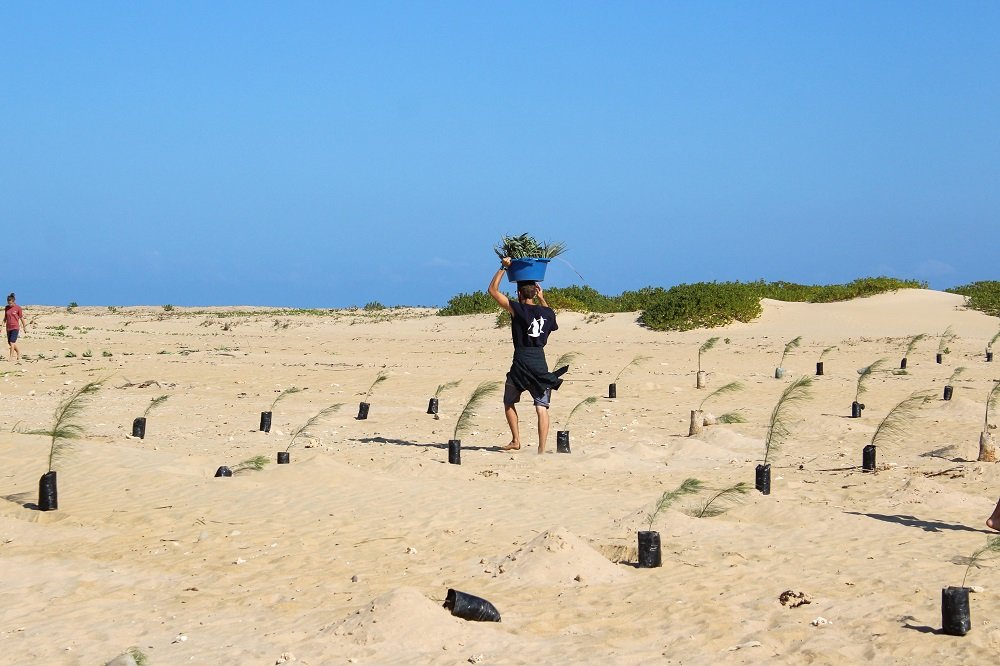 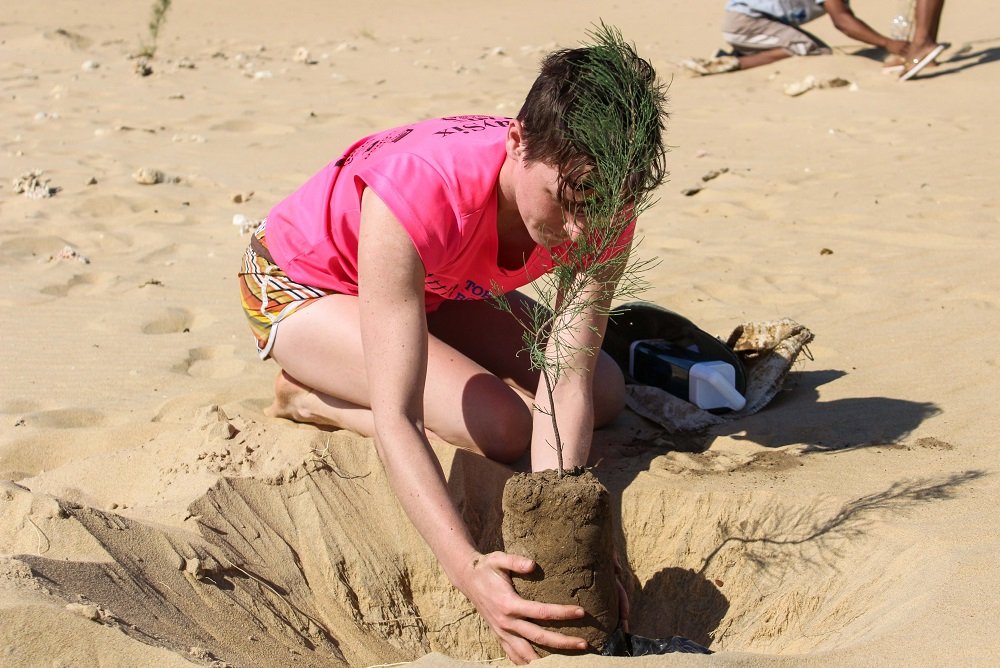 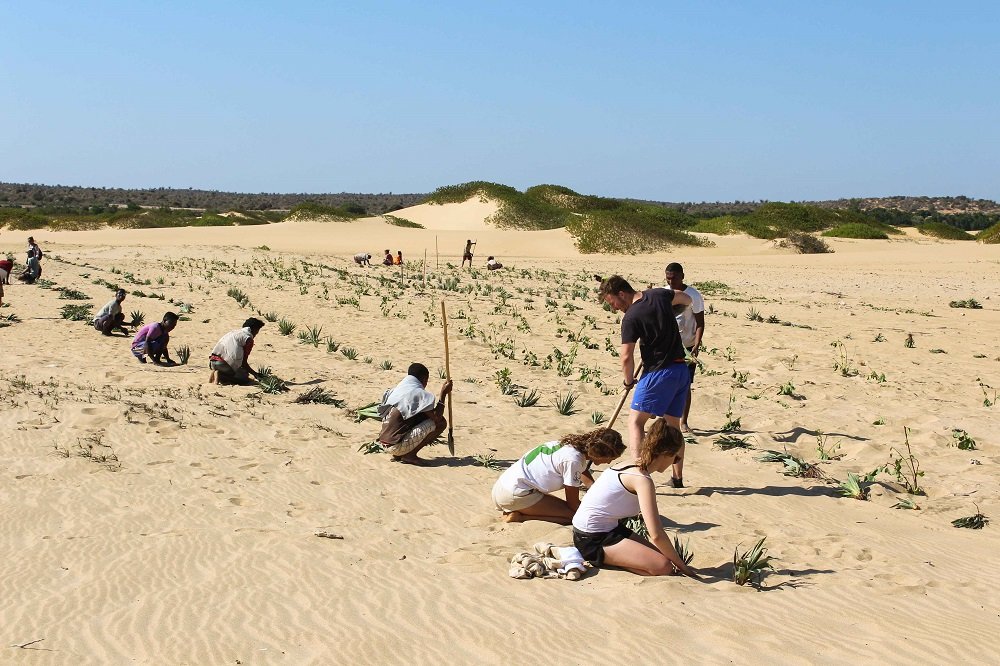 After a few hours of toil, around 2500 sisals, 200 filaos and 1000 lalandas were planted on the dune. After a morning of hard work, everyone was very tired but happy about the great achievement and were rewarded with a copious lunch prepared by the women of the villages. Regarding the maintenance of the saplings, the local communities are tasked with irrigating and protecting the replanted areas, and Reef Doctor Honko Project will frequently review the progress. More actions will be undertaken in the near future. Stay tuned for updates on the dune and progress of the plantation event soon! 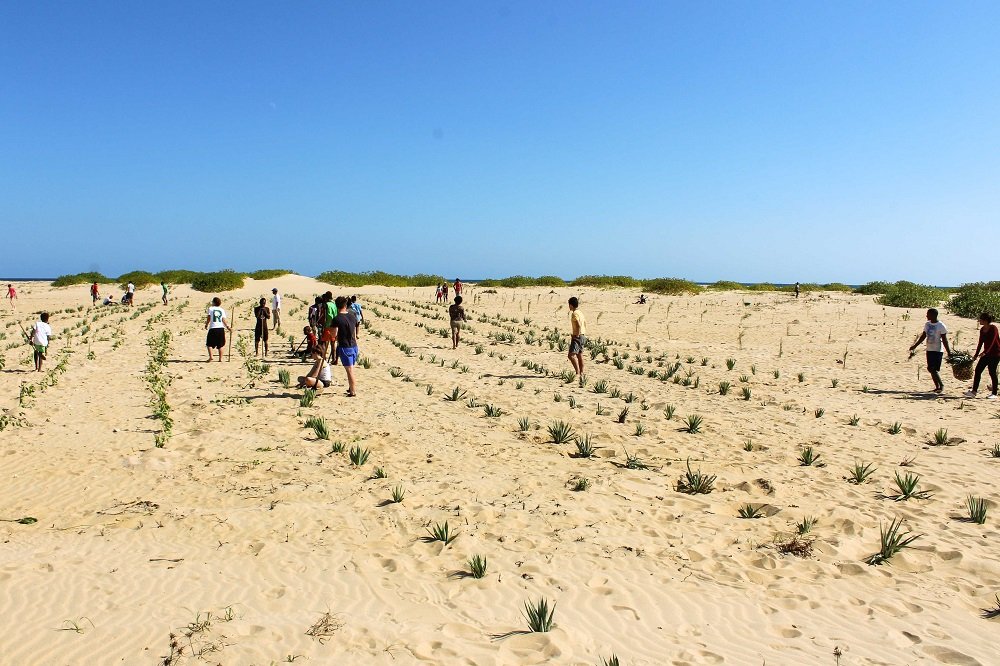 Seaweed Gets Stressed Too
Scroll to top