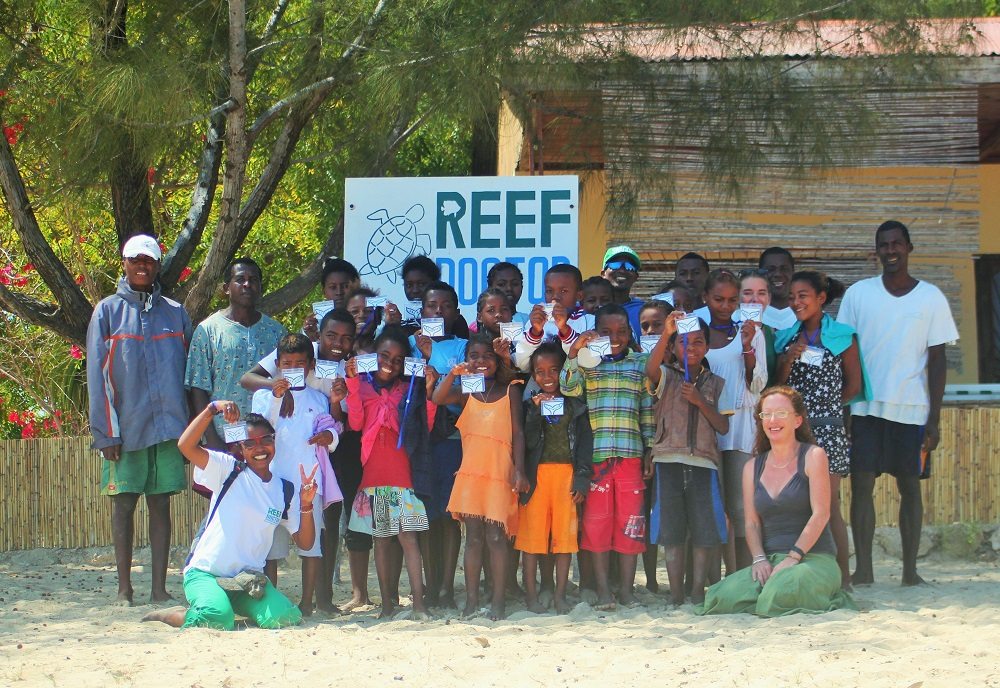 The whale watching season in the south east of Madagascar runs from the end of June to the start of September every year. Whale watching is a very popular tourist attraction here and around the world. 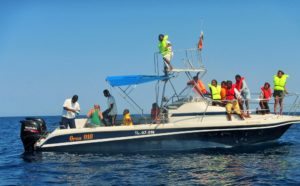 During this year’s season, the Junior ReefDoctors undertook a study programme on whales and completed a quiz as part of their marine conservation curriculum. In August, the 23 ReefDoctor Juniors accompanied by ReefDoctor staff Rinah, Apo, Manjo and Francois, got the opportunity to take to deep waters to do some whale watching of their own as a reward for all their hard work. 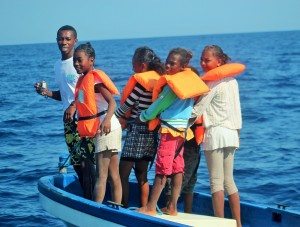 The group headed off early on ReefDoctor’s boat, Fay, together with two boats and crew generously provided by Paradisier Eco Lodge of Beravy and Jean Pierre of Atimo Plongee Dive Centre in Mangily. Once everyone had their lifejacket on and taken a seat on the boat they were off! Most of the children had never been on a powerboat or even been outside the Bay of Ranobe before so there was great excitement all round (and a little bit of seasickness!).

On the exterior, all eyes were on deck and everyone kept an eager look out for Humpback whales. It was not long before the group was rewarded with a sighting of a mother and baby, a group of four adults, and seven dolphins! The whales breached to the awed wonder of the juniors. One whale even chose to show its tail fluke. The juniors were surprised and amazed by the experience of seeing Humpback whales, which quickly got rid of any feelings of seasickness or deep water anxiety. 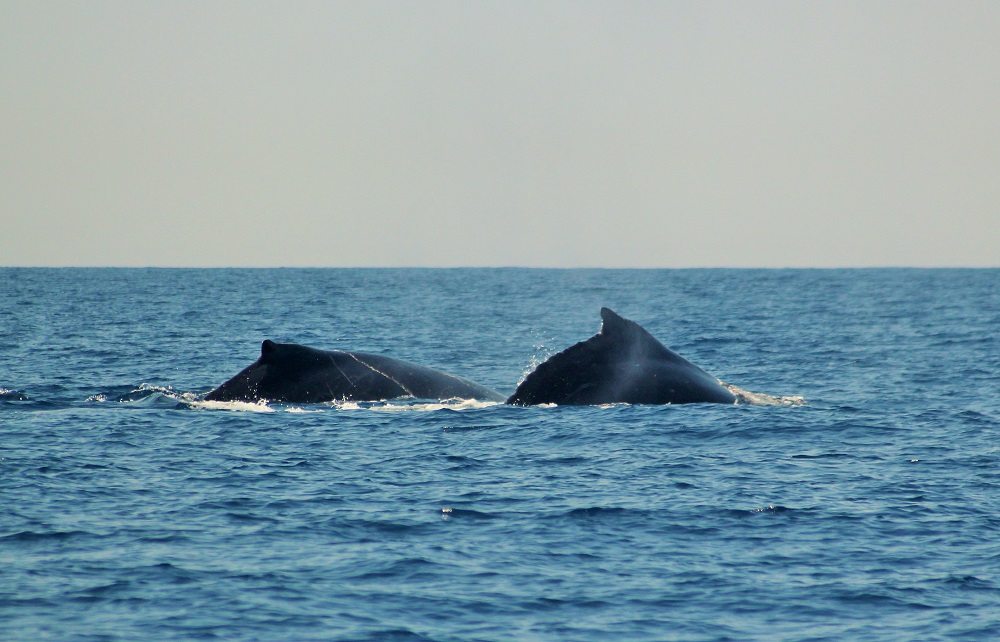 It was then time to put the hydrophone in the water to see if any singing males could be heard. It is not guaranteed that whale watchers will get to hear whale song but the group got lucky again and heard a male singing on the first try! After a thrilling morning of whale watching the group returned to shore, a slightly salty but very happy bunch. 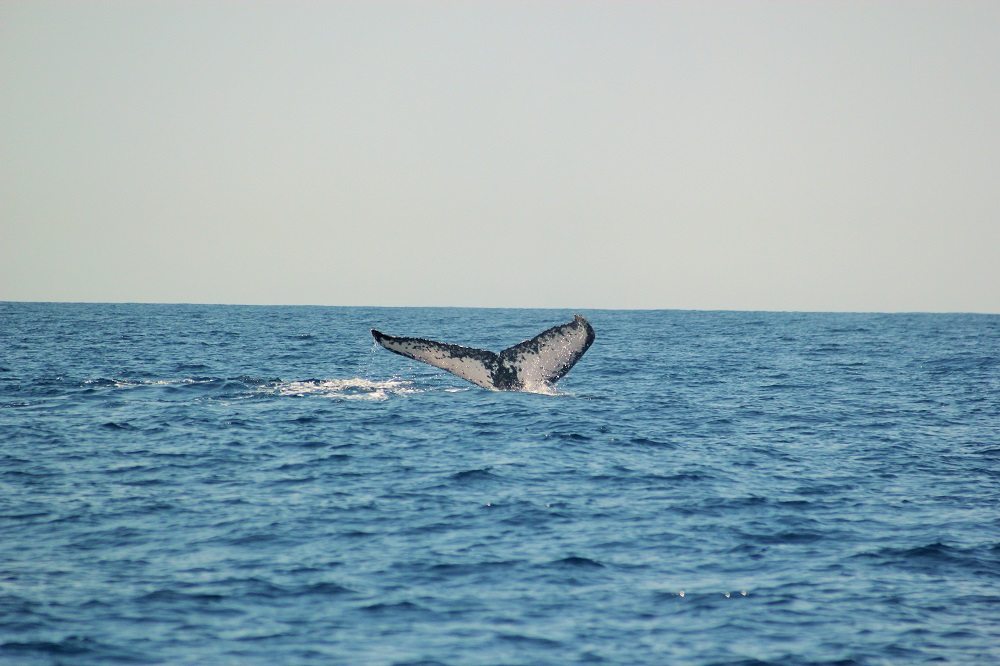 ReefDoctor would like to thank Paradisier Eco Lodge and Atimo Plongee for providing boats, crew and this amazing opportunity for the Junior ReefDoctors. 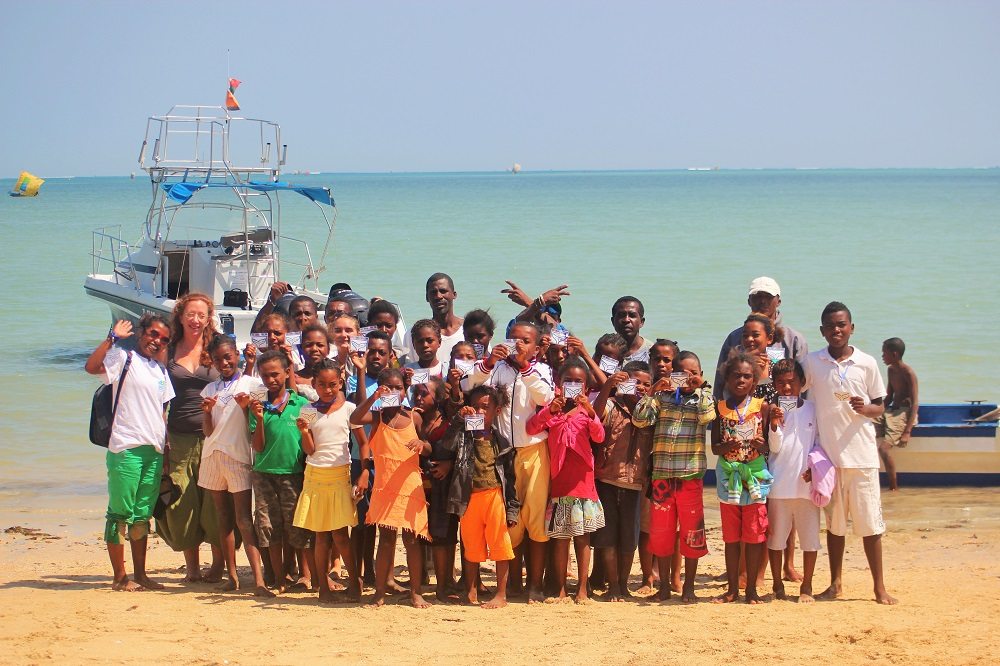