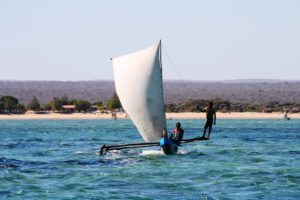 e thing there is a lot of in the Bay of Ranobe is pirogues. Pirogues are the traditional boats used by Malagasy people. They are used to for fishing and for transporting goods and people. If you ask any piroguier in any village in the bay for a lift to the next village they can take you for a very small and reasonable fee. In recent years a new market has opened up to piroguier. They have been bringing pirogues full of tourists to Rose Garden, which is one of the two local Marine Protected Areas (MPA) in the bay. As a result many of the hotels in the area have piroguier on staff to meet tourists needs and many other piroguier work independently from the beach. The majority of these people are professional piroguier and take people on trips, to Rose Garden, rather than fishing. It is illegal to fish at Rose Garden and the snorkeling there is beautiful as the reef is very shallow and at low tide the top of the reef can be as little as 1.3 meters below the surface, making it an excellent tourist attraction. For many reasons, Reef Doctor wanted to support this livelihood as much as possible.

In May and June 2015, the pilot Piroguier training course was rolled out by Reef Doctor 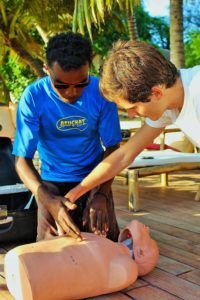 to assist in training for piroguier in the Ifaty Mangily area. The course aimed to provide the piroguier with background knowledge on the MPA, Rose Garden, the species of fish and invertebrates that can be found there and how to respect the reef. They can then pass this knowledge onto tourists who visit the reef to snorkel so that they get more from the experience. It also aimed to make tourists fully aware of how to behave on the reef and how to treat all the wonderful treasures they find below the surface. The course was a great success and this year it was expanded to include some first aid training and more about conservation. Reef Doctor’s Education and Science Officer Apolline Mercier and intern Mathieu De Villiers developed and taught this year’s eight week course, which was taught in French and Malagasy with some English. The manager of Sur le plage Chez Cecile Hotel and Restaurant in Mangily very generously allowed us to use the restaurant to run the class every week, for which we are very grateful. Misaotra Betsika!!

The class of 2016 consisted of six piroguier – Pedro, Jo, Rouger, Felix, Baby and Rodolphe. Throughout the eight -week course Apo and Mathieu assisted by other members of our team (Noro, Tom and Emily) taught the group about what species of fish, invertebrates and corals can be seen at Rose Garden. The group also learned about informing tourists about dangers in the water such as stonefish and lionfish and dangers to the reef and animals such as touching things or taking shells. The pirogiuer also learned about the establishment of the MPA so they can give tourists the history of the area when they visit. A number of the local hotels in Mangily contributed to the running costs of the course and we were able to provide the piroguier with laminated cards showing everything that can be seen on the reef together with maps and information on conservation. We are very grateful for the support from Maroloko, Chez Cecile and Solidaire Hotels. Thank you all!

It was very educational and informative but it was also an awful lot of fun, especially the new first aid component. Anyone that has ever taken a first aid class knows that they can be hilarious and this one was no different. There was a pretty big crowd gathered around Chez Cecile when first aid training was taking place and there was a lot of laughing but the serious business of learning first aid was attended to and everyone did really well. 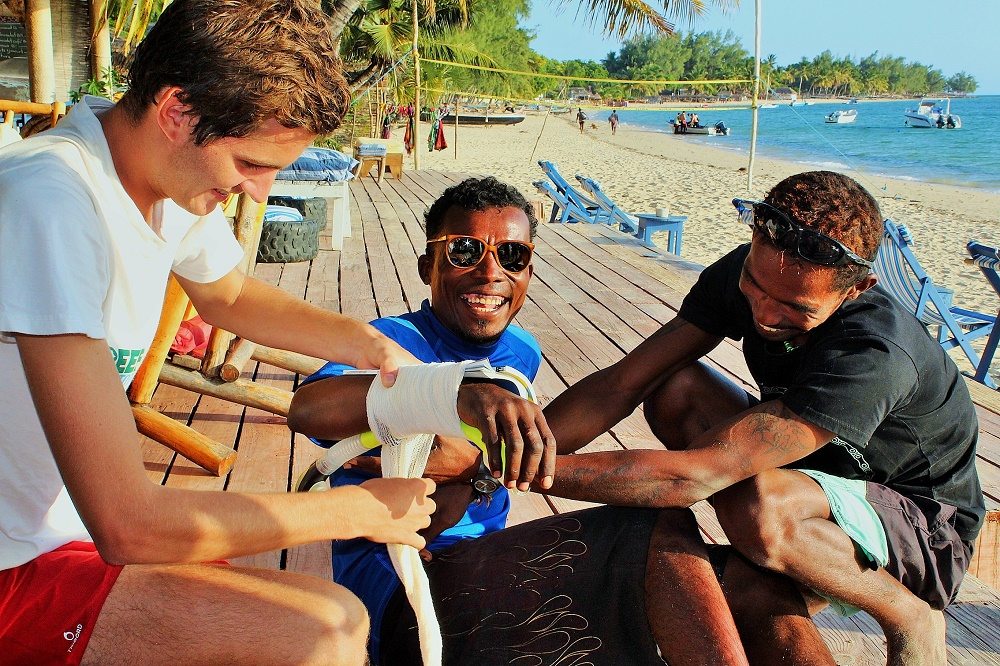 The week before last, the final exams took place and we are delighted to confirm that everyone passed with flying colours. We descended again last week on Chez Cecile to present the piroguier with their certificates and badges confirming their successful completion of the training.

Has the training made any difference? We can confirm that the answer is a resounding YES! The manager of Chez Cecile confirmed that tourists have been giving glowing reports of their snorkeling trips. They felt safe and well informed and saw the best parts of Rose Garden. Tourists have confirmed that everything was very professional and they loved learning about the MPA. The piroguier from last year and this year’s courses have done unbelievably well. Not all of them speak French fluently and some have a little English but all knew their stuff and worked very hard to get as much from the course as possible. We wish them all the best and are delighted Reef Doctor could play a part in their career progression. 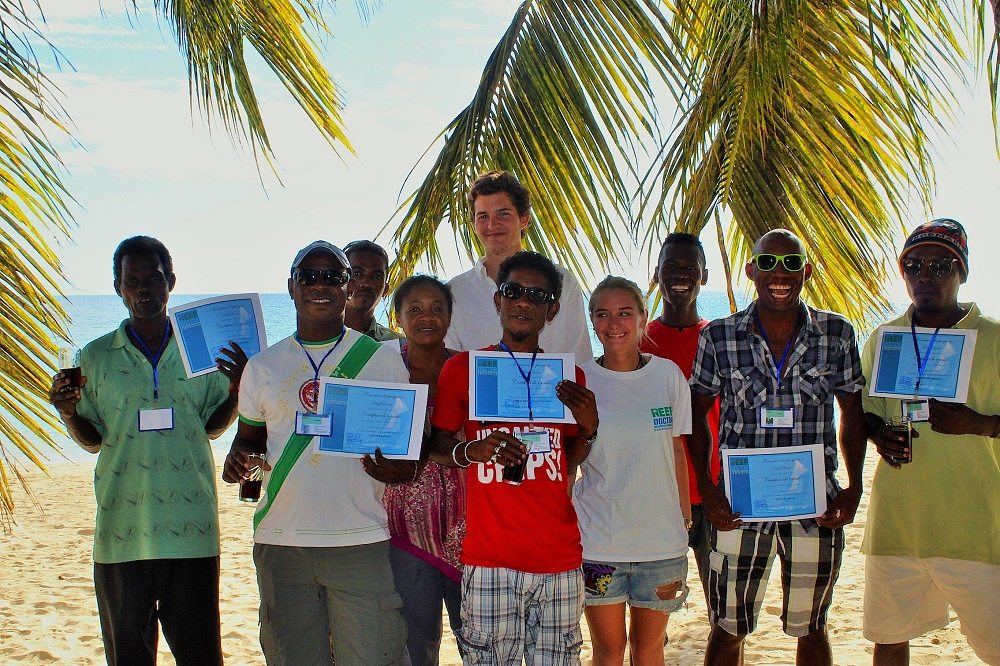