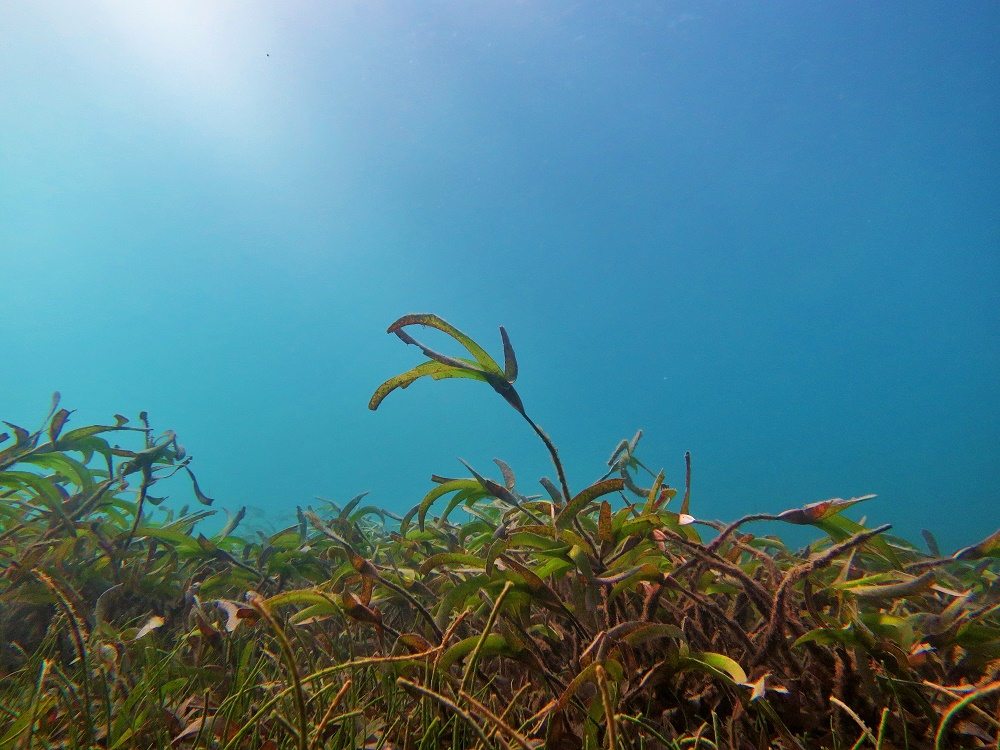 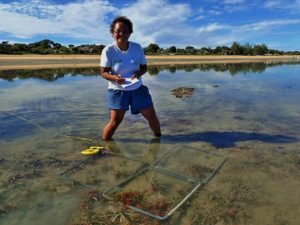 he science team has been working on a very big mapping project since January and we thought we’d give you a little insight into what’s been going on. Izzy Sweeting, intern from January to July 2016, spent a lot of time creating an accurate satellite map of the bay. Izzy passed the project onto volunteers that followed and mapping work continues. It’s estimated that this project will take approximately 1 year to complete.

Once completed this will be hugely beneficial as it can be used visually to complement fisheries data and aid in surveying sites in the bay. Currently, the focus is on being able to accurately survey sea grass coverage in the area. Sea grass beds provide essential shelter, and act as critical feeding and nursery grounds, for a diverse community of marine life, from tiny invertebrates to large fish, crustaceans, and turtles. There are nine species of sea grass in the Bay of Ranobe. Sea grass meadows are often composed of a number of different co-existing species. The variety of grasses increases the biodiversity of meadows, which in turn provides a habitat for a more diverse range of other animal and plant species. By protecting the onshore areas where sea grass grows the juvenile fish and other animals that make their home there have a chance to reach sexual maturity.

Sea grass meadows also provide key sites for blue carbon storage. Blue carbon is the carbon captured and stored by the world’s oceans and coastal ecosystems. Unlike terrestrial systems that reach soil equilibrium within a matter of decades, depositions of carbon dioxide in coastal ecosystems can continue for millennia. Sea grass meadows occupy less than 0.02% of the world’s oceans but they are responsible for 10% of the blue carbon buried annually in the ocean.

Since January the Re 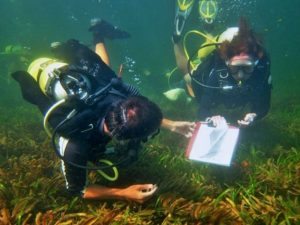 efDoctor sea grass survey team has been carrying out weekly surveys where they record total percentage of sea grass coverage, percentage of individual species coverage and canopy height. Surveys are carried out on foot during low tide and with dive gear where suitably deep. The team uses quadrants of 1 m x 1 m to record the data at points throughout the bay. Once complete the map will contain approximately 80 points where data can be assessed every 2 months and compared with previous data to assess the health of these important sea grass meadows.

“The Rock That Gives Life”
Scroll to top