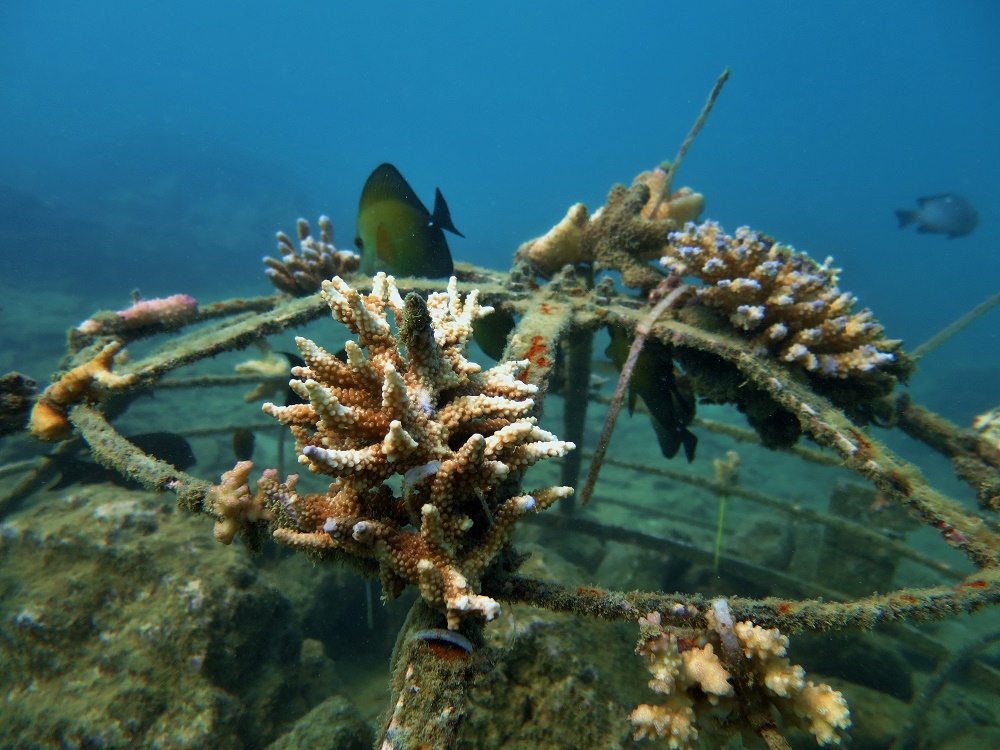 Our coral reef restoration programme in the Bay of Ranobe, SW Madagascar aims to enhance coral cover and diversity, assisting the natural recovery process of degraded reefs, through a combination of coral gardening, direct coral transplantation, and artificial reefs.

Earlier in the year we reported on the success of our trial coral transplantation project at the Rose Garden marine reserve. In August 2015, on a patch of reef devoid of live coral cover, we installed a network of artificial reef structures and populated them with corals of opportunity (loose fragments salvaged from the seabed that would otherwise die).  Despite extremely promising results after the first 6 months of the project (high coral survival, growth, self-attachment and natural coral recruitment), mass coral bleaching earlier this year sadly resulted in the loss of approximately 50% of these transplanted corals. However, transplantation of new fragments to these structures is continuing in order to get the restoration process back on track. 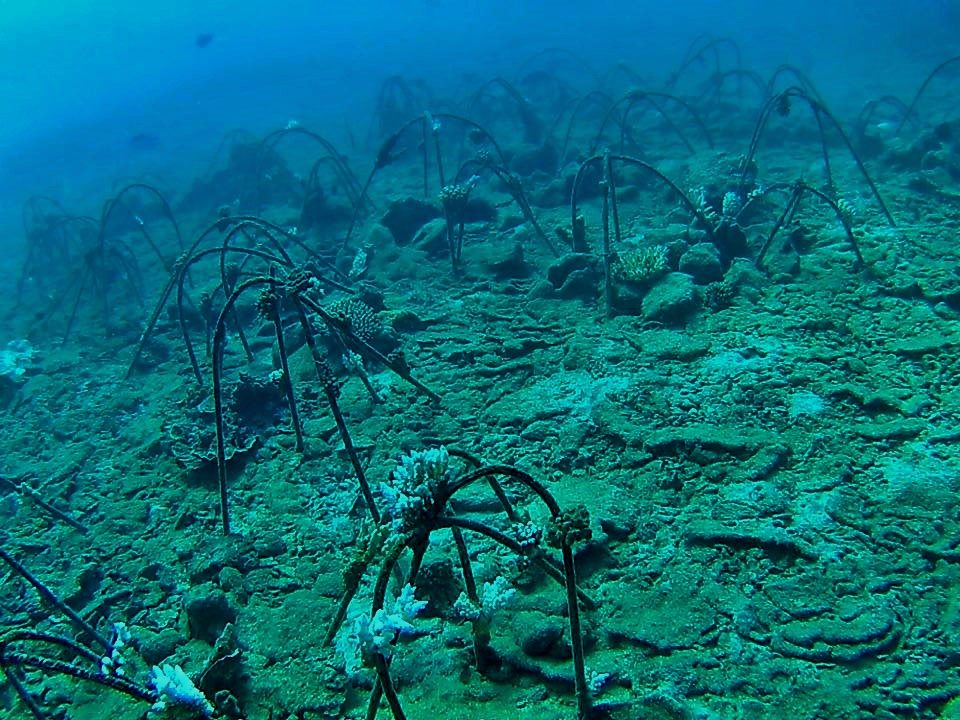 In February 2016 we started developing the coral transplantation project further and the team looked for another suitable site to expand the scope of our restoration efforts. We had three main objectives for this next stage of the project. Firstly, similar to the first site, transplantation would be carried out to increase coral cover and diversity, and to restore that section of the reef. Secondly, we wanted to see if corals react differently to transplantation depending on the species.  Finally, we wanted to find out if the high levels of sedimentation at Rose Garden (due to its relatively low profile) affect transplanted corals salvaged from other areas of the bay that have relatively lower levels of sedimentation.

The team selected a sloped site on the eastern side of Rose Garden, measuring approximately 7 m wide x 3.5 m deep from the top of the main section of the reef down to the sandy bottom surrounding the reef.  The same artificial reef structures (rebar frames) that were used at the first transplantation site were installed, upon which new corals of opportunity could be attached.  We also repurposed an old metal solar oven. The solar oven was stripped of paint and given ‘legs’ and a ‘head’ turning it into a turtle shaped structure. The idea being to act as a point of interest for tourists visiting the reef to promote awareness of this form of conservation.  In March, a total of 35 framed structures and the turtle were installed over the course of four dives. Two loads of limestone were also sunk at the site to stabilize the structures and to provide nooks and crannies for fish and invertebrates to hide in and swim through. 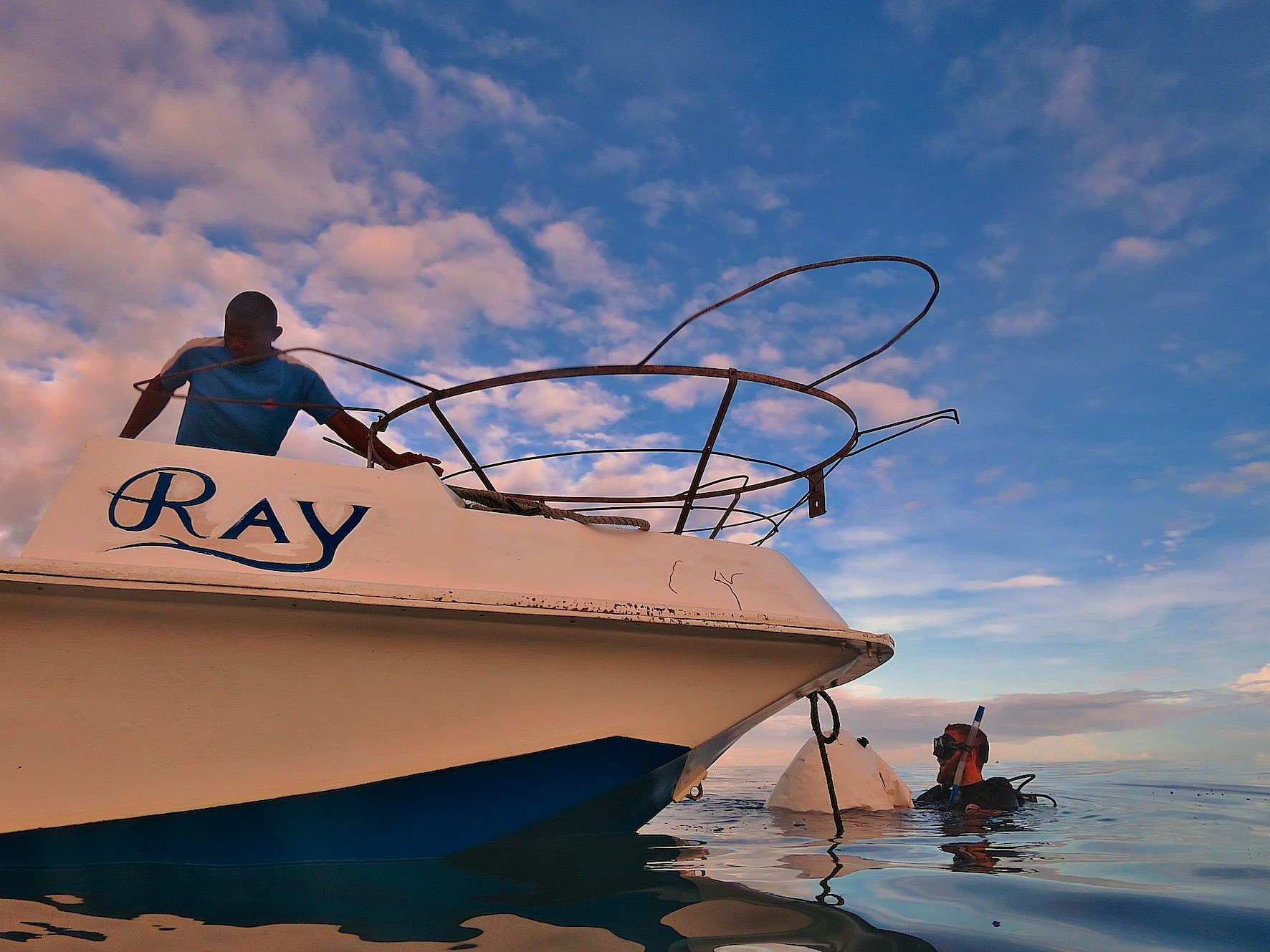 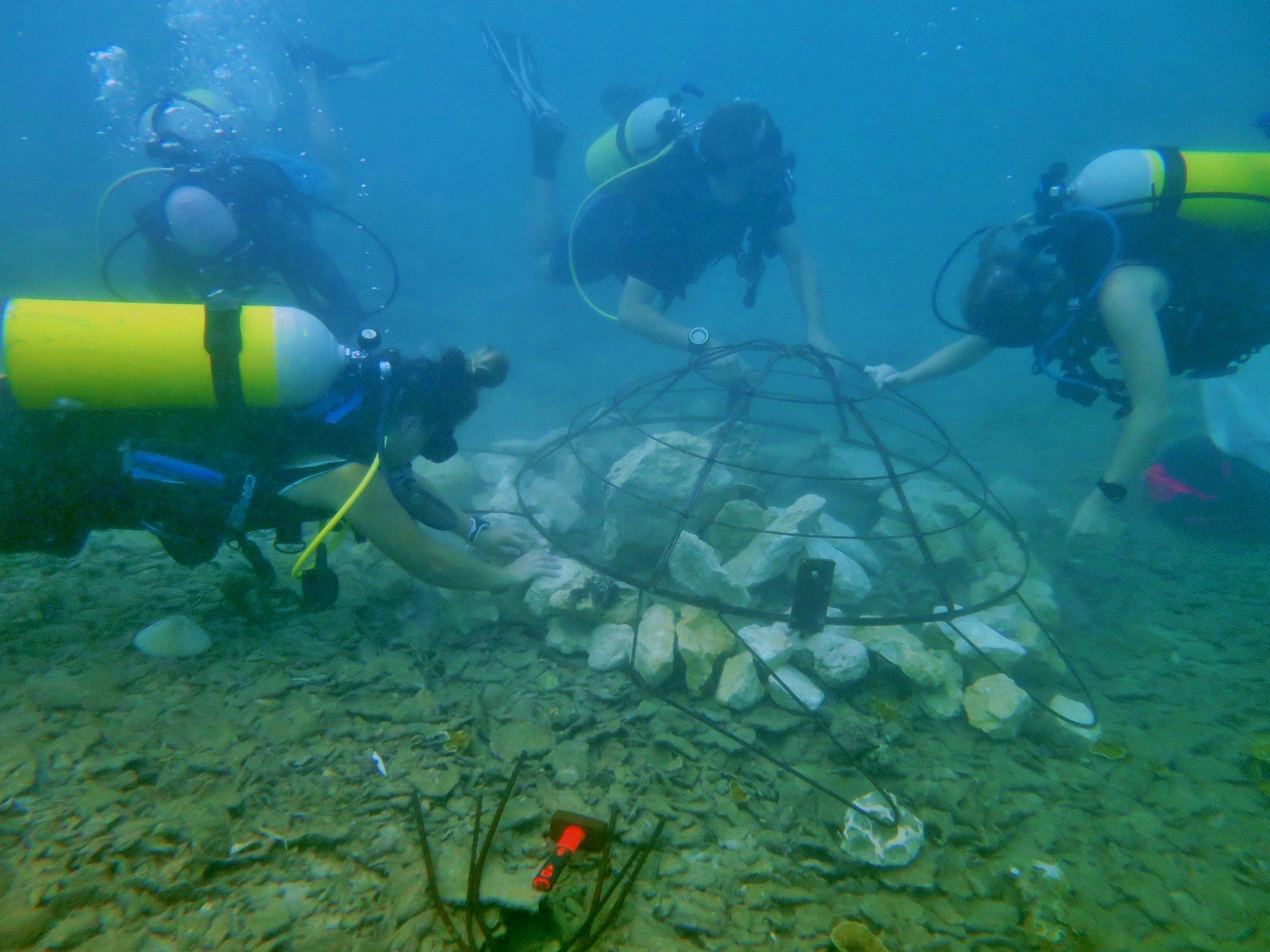 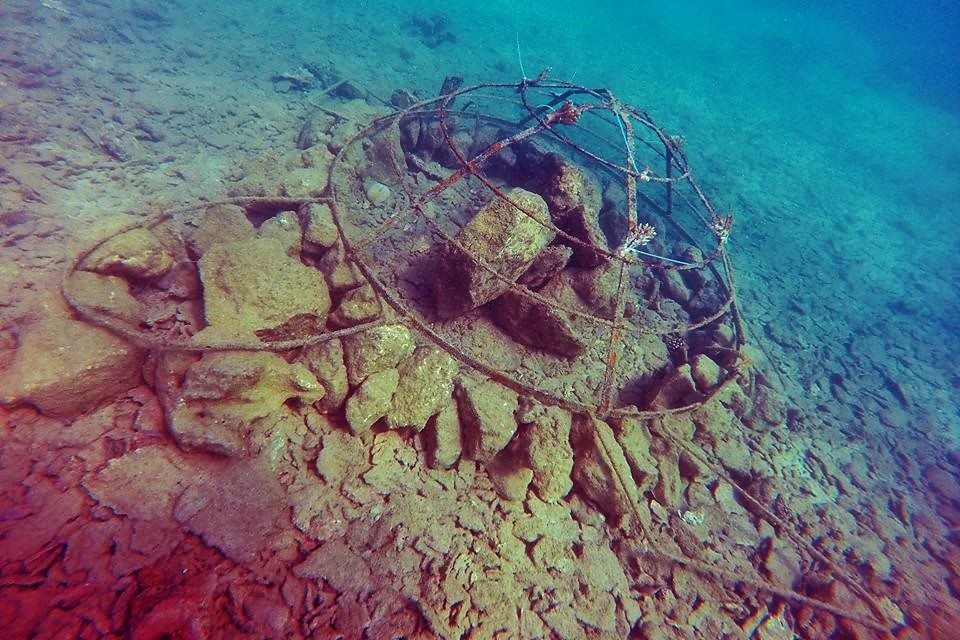 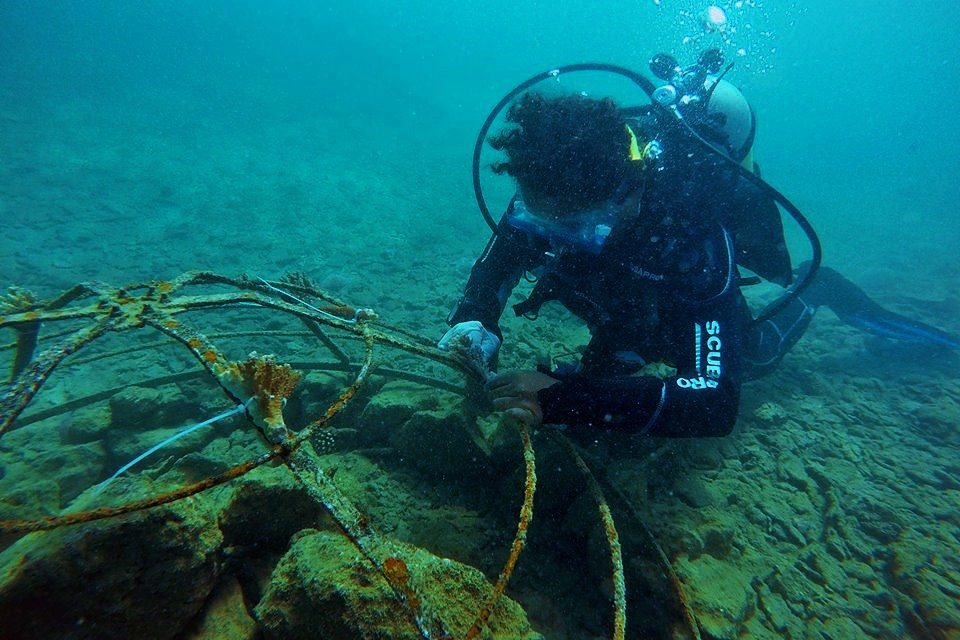 In order to monitor the survival and growth of the fragments it was necessary to implement a monitoring system that could guarantee repeatability and be easy enough for divers of all levels to operate, so that future volunteers and interns can continue the monitoring process. The team decided that a photographic method of recording growth was the best solution. They are currently working on refining this method and a camera rig to find the ideal set up. 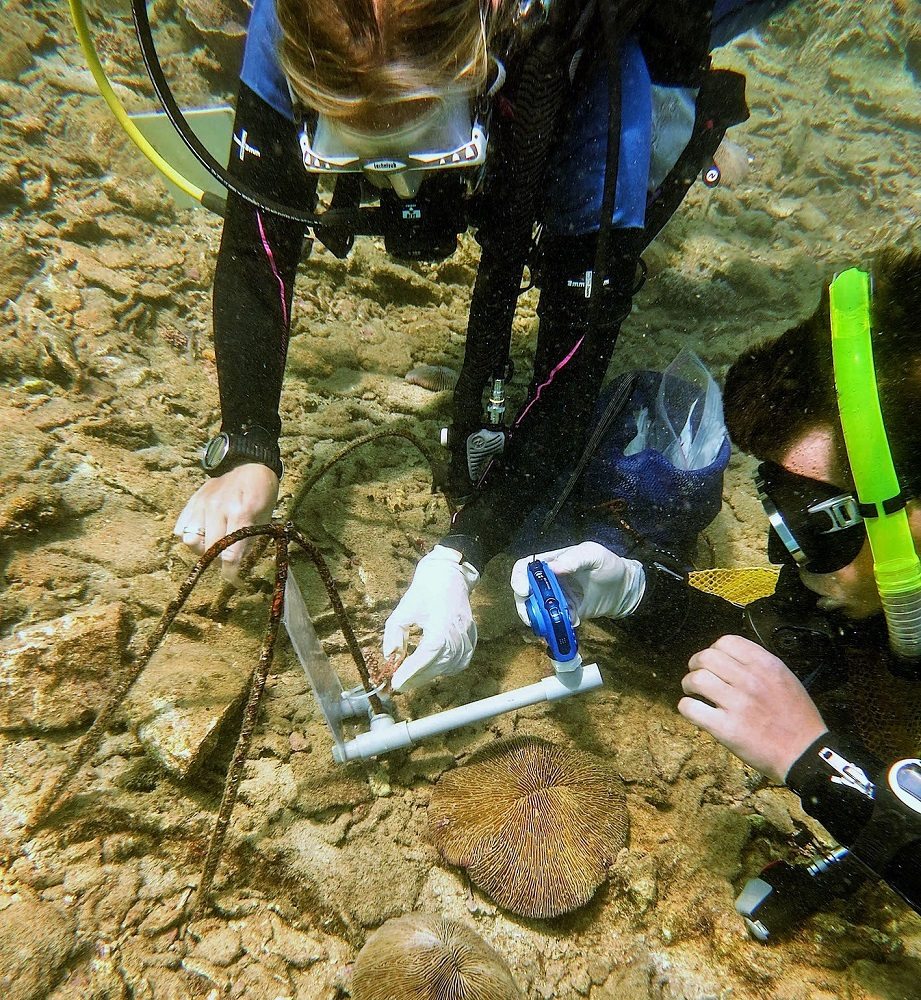 We then waited until temperatures cooled down in June and July to populate the structures with corals of opportunity. To date, 25 fragments (Acropora, Seriatopora, Pocillipora and Porites spp.) have been transplanted from Coral Garden, a dive site south west of Rose Garden and close to the lagoon pass. A further 26 (Acropora and Pociliopora spp.) fragments have been transplanted from Ambatafia, a site also south west of Rose Garden but closer to the pass. Despite conducting coral transplantation in the cool season, unfortunately, at present, all fragments show signs of stress or bleaching, although Porities spp. are faring better. This stress may have been caused by the actual transplantation process and we are hopeful that the fragments will recover in time. 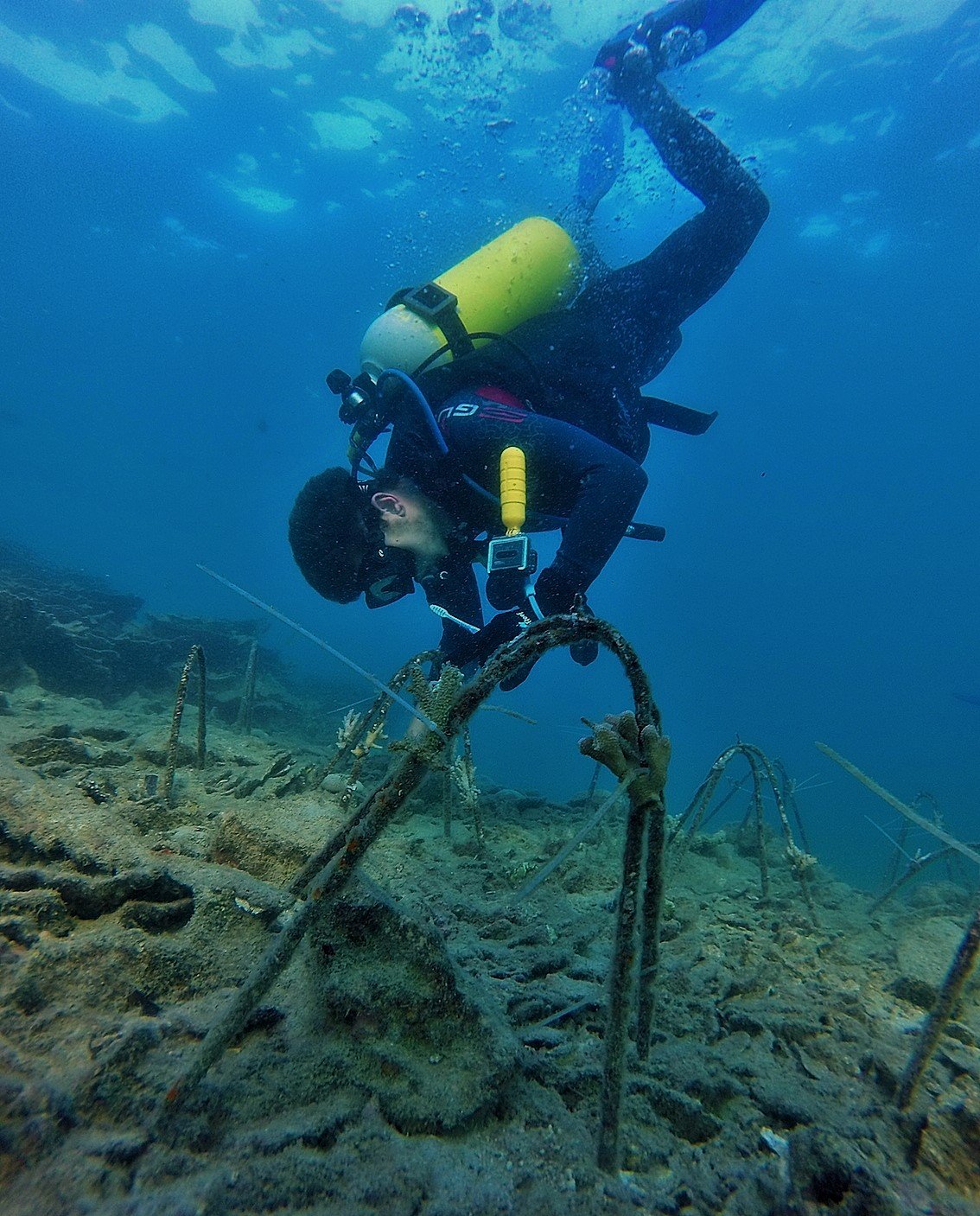 The project is still very much in the early stages and the team is currently assessing their transportation methods in an effort to reduce stress on the corals. Transplantation, cleaning and monitoring dives are undertaken weekly and we hope to be able to bring you some good news about the corals’ recovery from bleaching and their growth in our next update. Stay tuned!

Delivery of Fishing Permits: an Integral Step Towards Sustainable Managemen...