Women from across the Bay of Ranobe came together in the village of Belalanda on Tuesday 8th March for International Women’s Day and made themselves heard! The usually dusty road to Toliara was alive with colour and music as women’s groups from across the bay, dressed in traditional lamba (sarongs), came together to pray, celebrate, dance and talk.

The women danced and sang their way through Belalanda in a lively procession. Each group was distinguished by their matching lamba and a banner of their village group. Despite the scorching heat there was a real party atmosphere as the brass band belted out tunes. The Prefect of Toliara, the local Mayor of Toliara region II and the Mayor of the region of Atsimo Andrefana were all in attendance and each group had the opportunity to introduce themselves to the officials.

Once all the official business was completed the women continued the celebrations with a football game. The festivities carried on into the evening for many of the groups when they returned to their villages despite it being fady (taboo) for women to drink in public.

Every woman in Madagascar gets the day off for International Women’s Day. The national recognition of this day is

very positive but there is a long way to go before Malagasy women’s rights are recognized in a way that fosters gender equality.  Constitutionally, men and women in Madagascar have equal rights but access to employment, services and resources is still limited for the majority of Malagasy women. Madagascar currently ranks 120th out of 128 countries listed on the Women’s Economic Opportunity Index (Economist Intelligence Unit 2012). This pilot index looks at women’s access to economic opportunities worldwide. Prostitution is wide spread in Madagascar and many young women end up working as prostitutes for as little as 2,000 MGA (45p) as there is no viable alternative. Many young girls are sold or rented to older men by their families to make money to buy food.

Although under constitutional law women and men have the same inheritance rights, property is passed to the firstborn male son with furnishings and jewelry passing to the daughters of the family. Taking court action to recover inheritance rights is expensive and rarely within the means of the majority of Malagasy people. 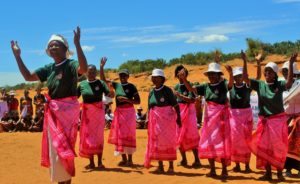 In rural areas domestic violence against women is common and accepted despite it being against national law. Local law allows wives to be beaten provided her family is compensated.  If a woman does something that offends or embarrasses her husband, he is entitled to beat her provided he pays compensation for the beating to her family. This not only allows violence to continue in homes but also makes it acceptable.  For these and many other reasons gender equality is essential.

However, achieving gender equality in any country is not just about women having equal rights and standing in the community as their male counterparts. It is about women being in a position to make a positive independent contribution to their community because they have the right, access and the confidence to do so. Achieving gender equality and female empowerment helps communities overall. Gender mainstreaming is a public policy concept of assessing the different implications for women and men of any planned policy action.  This concept values diversity among women and men and provides a pluralistic approach to development. Using gender mainstreaming is likely to increase the success of conservation and development goals (Madagascar Conservation and Development Journal Vol. 10, issue 2, August 2015).  The editorial cites cases that illustrate that gender equality can contribute to development and the alleviation of poverty. Female empowerment is important in its own right but imagine what could be achieved here or in any developing country if everyone had the same opportunities to begin with. 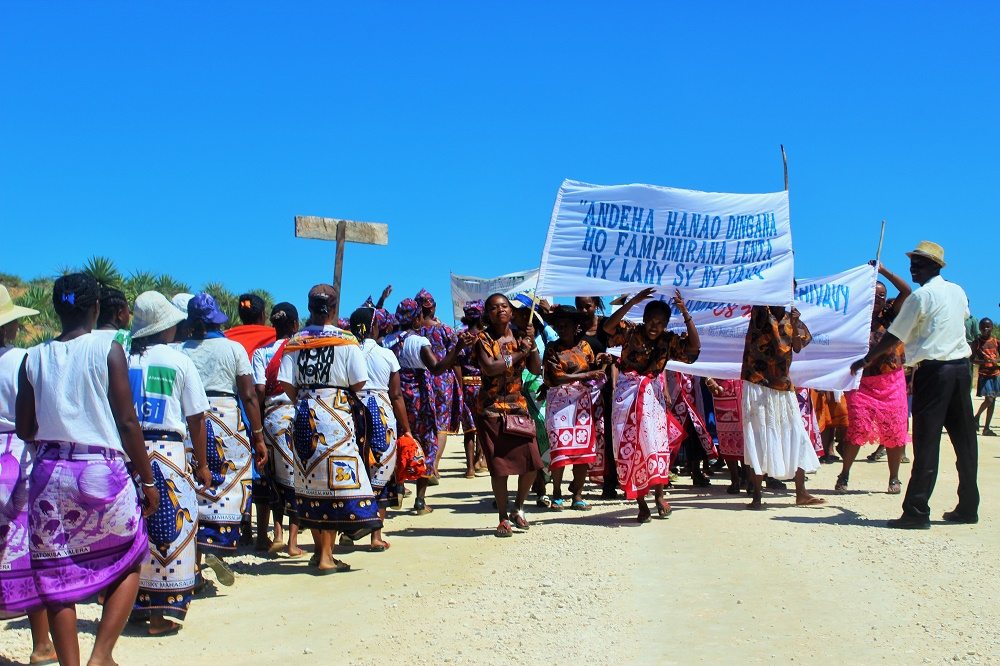 Seaweed Sales Across the Bay