The purpose of our artificial reef project, Vato Mahavelo, is to bring life to a deserted area of Anatirano fishing ground. On Friday 28th October it also brought a lot of life and excitement to Ifaty when the project was officially launched with a day of festivities that involved the whole village. Not only was Friday the launch day of the project it was also the day the Debarcadere (government fisheries landing building) was officially placed under the management of ReefDoctor. But most importantly it was a day of community celebrations that saw everyone in the area working and celebrating together. Here, our Communications Officer Ivana Rubino reports on this landmark day! 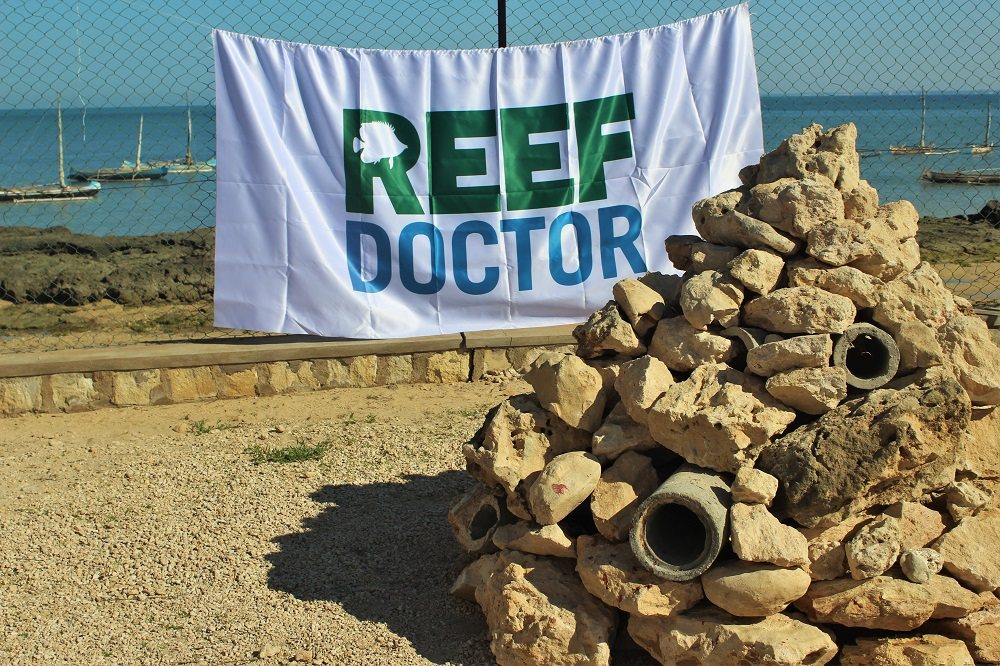 As dawn broke on Friday morning a small group wearing lamba (traditional sarongs) against the cold and as a mark of respect gathered at the Debarcadere in Ifaty to witness the slaughter of a zebu to provide blood for a very important blessing of the artificial reef and to provide meat for the party later in the day. It was a somber but necessary start to the day. Blood was taken from the freshly slaughtered zebu to bless the rocks and concrete tubes using leaves from the Tamarind tree. Tamarind trees are sacred and hold a very important place in traditional ceremonies. Most villages have a tamarind tree under which meetings take place and they are often a focal point in the village providing a meeting place for activities and events. 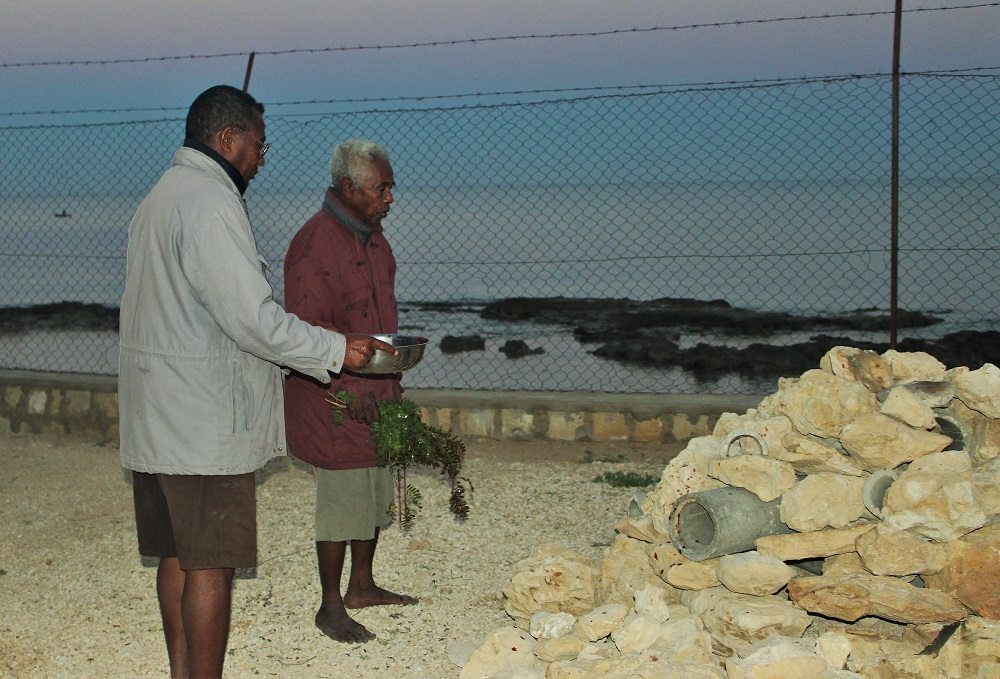 As the ceremony came to a close the rest of the village and the Reefdoctor camp started preparing for the day ahead. Everyone had a job to do. The Ifaty Women’s Association arrived early at the Debarcadere to begin preparing food in the temporary kitchen they set up on site. Street vendors prepared extra bokobok, mokary and sambosa for the crowds expected. Vendors from other villages arrived with ice pops and cold drinks. Various people moved all the tables, chairs, water, crockery and cutlery that had been provided by people in the village and ReefDoctor the day before. Children ran around in the middle of the preparations alternately helping out and getting in the way. Covered seating areas were erected in the school with a large stage for officials and posters and banners hung. And the final touches were put to one of the bommies of the Artificial Reef that had been temporarily reconstructed in the Debarcadere for the occasion. 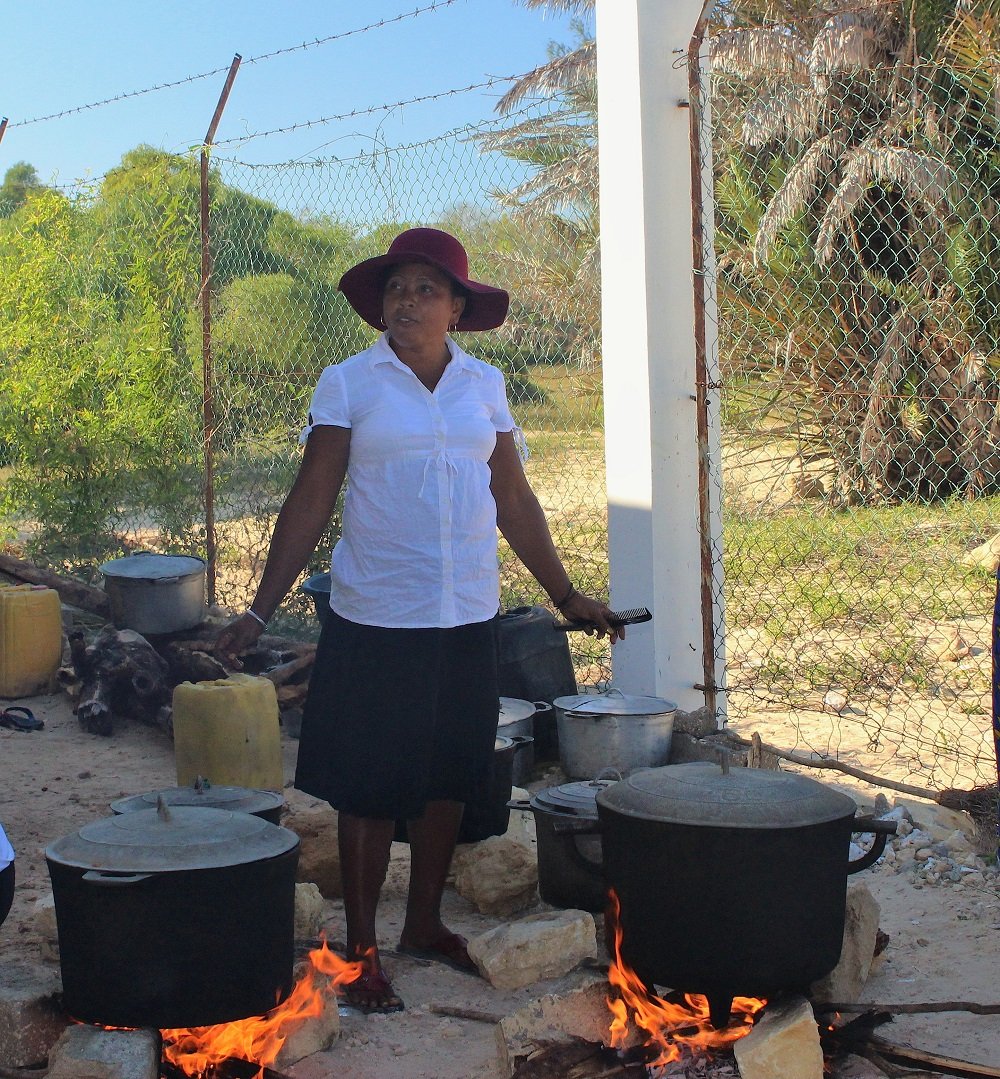 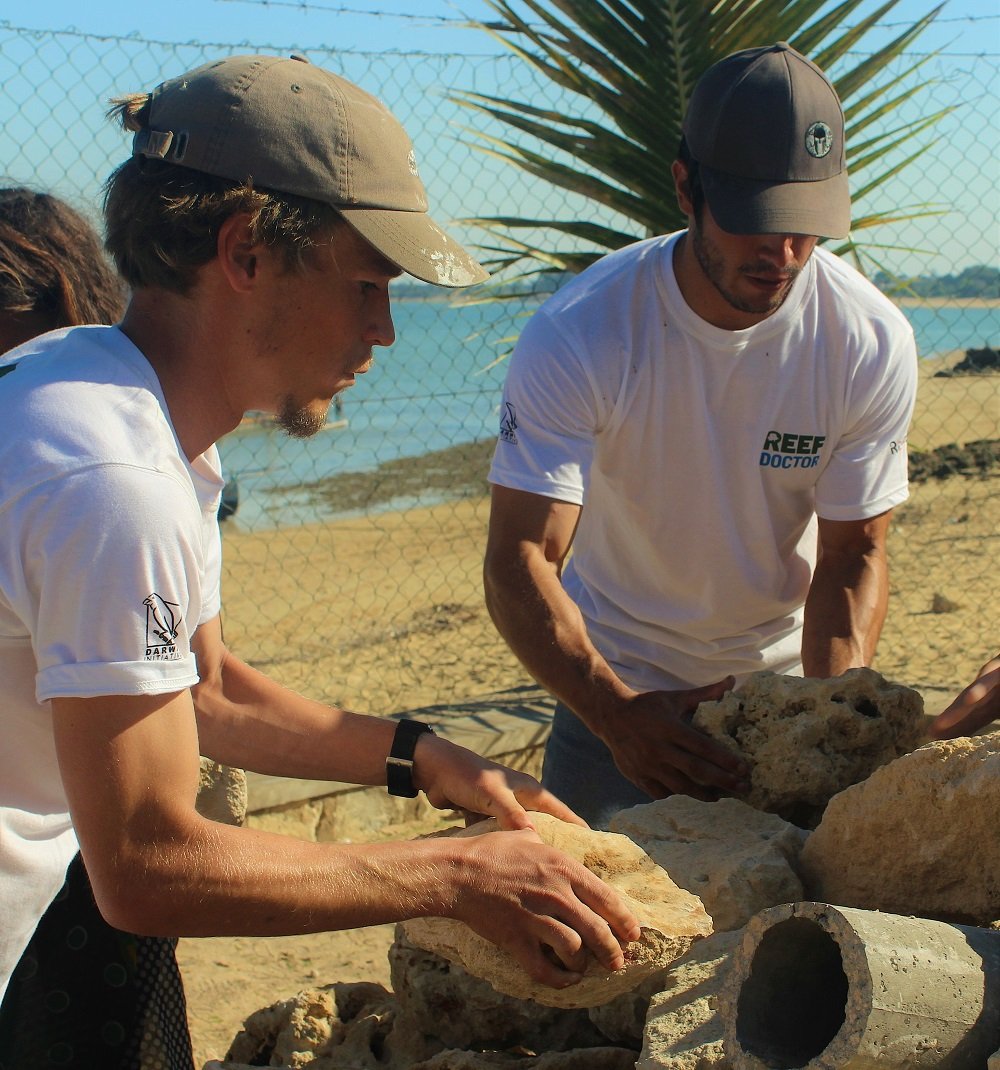 By 9am everything was ready and the officials, Monsieur Francois Gilbert, Minister of Fisheries Resources and the Mayor of Belalanda region among them arrived in style together with a national news crew and Emma Gibbons, Director of ReefDoctor. We met their procession just outside the village and the crowd including Ifaty women’s rugby team, the women’s association and a band danced and sang their way to the school where the officials took seats to enjoy some entertainment from local women’s groups from Ifaty (yes these ladies can multi task!), Ambondrolava, Tsivonoe and Mangily. Between groups a band of traditional dancers entertained the crowd.  And speeches were given looking forward to the growth of the reef and the future of the Debarcadere. 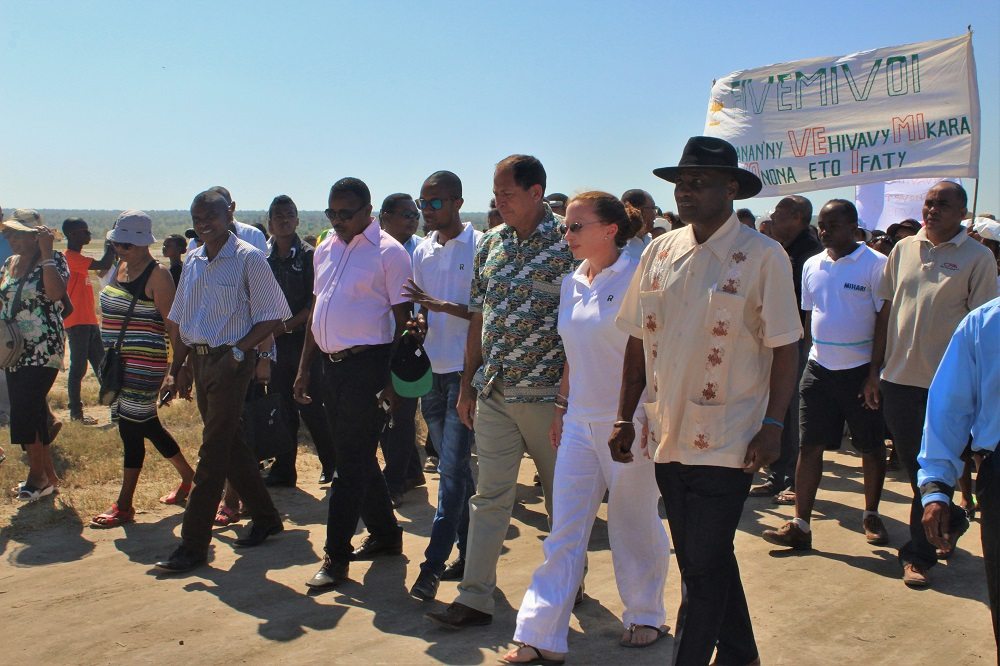 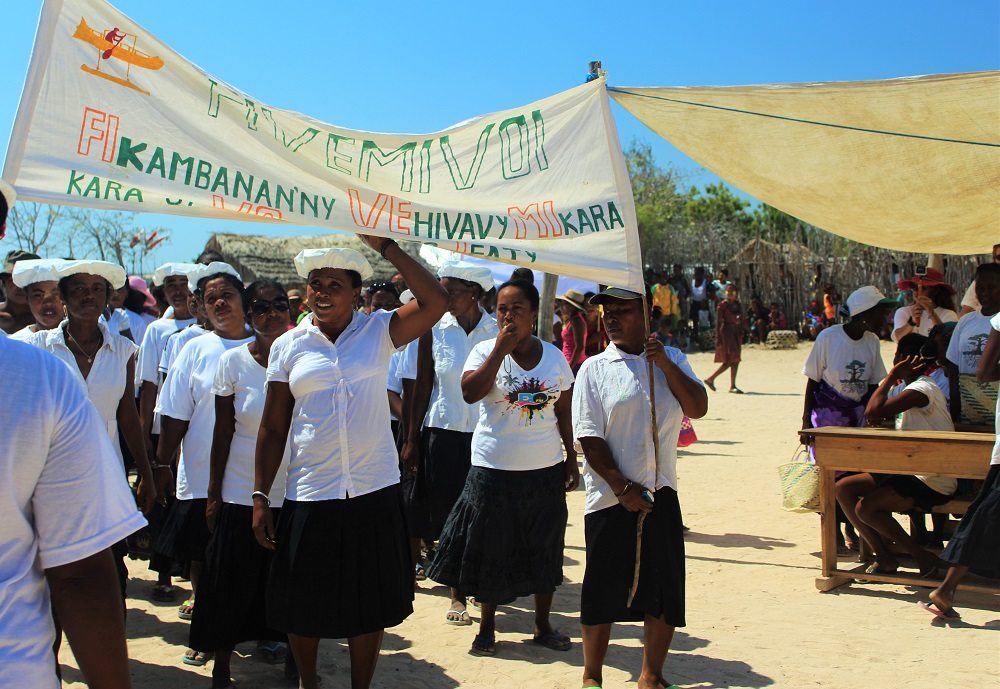 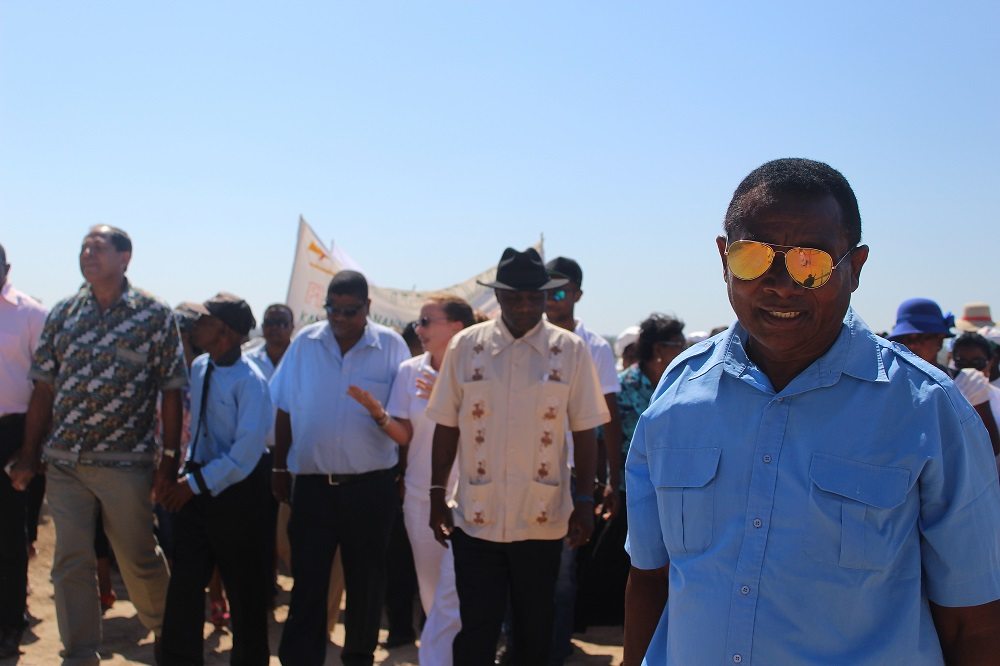 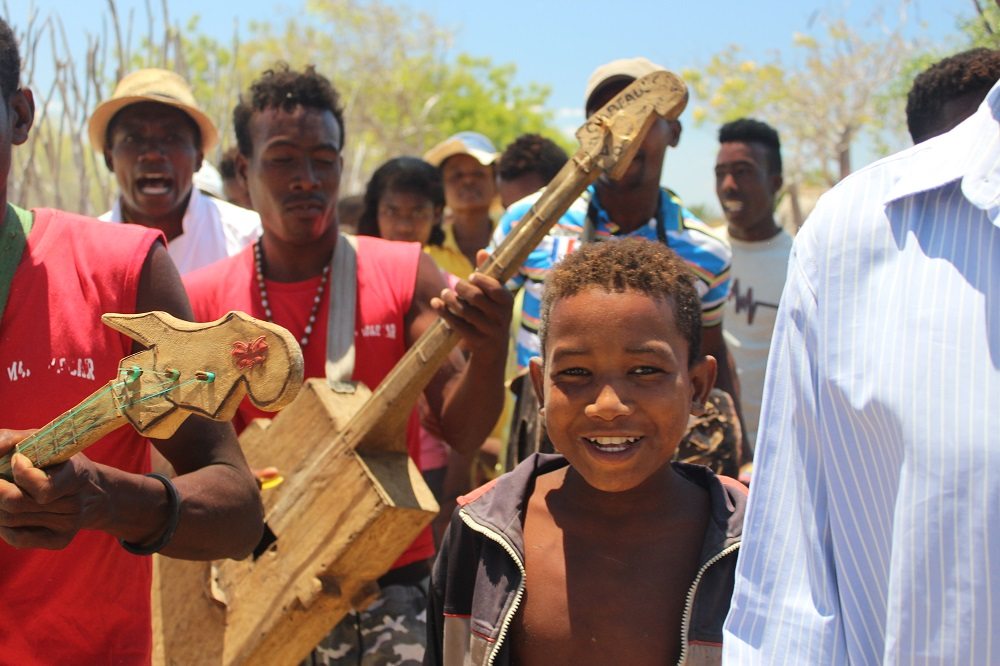 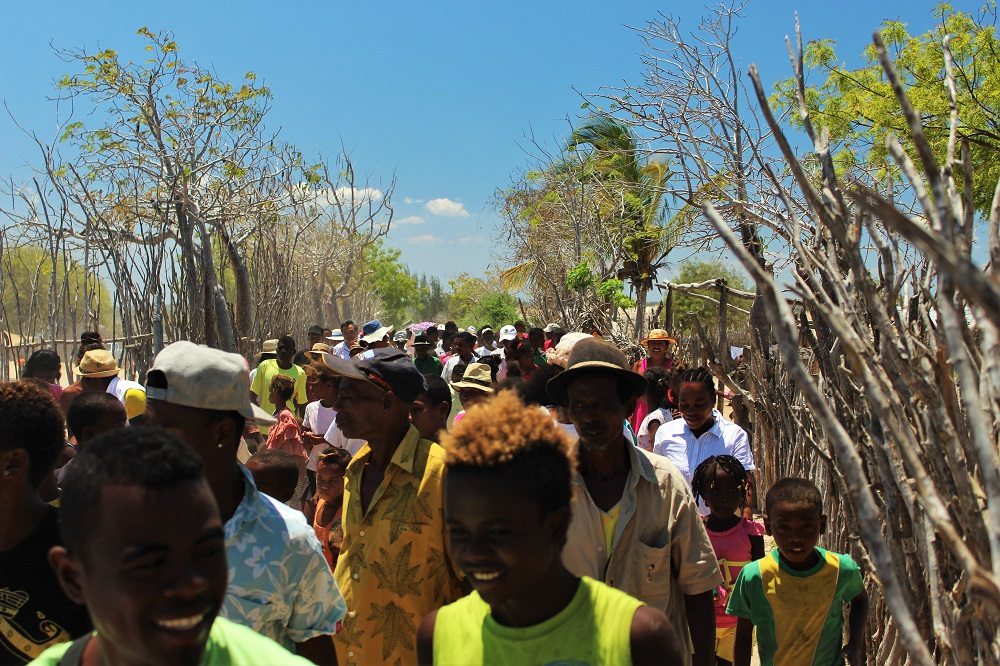 It was now time to go to the Debarcadere for the main event. The most exciting part of the day was about to take place. The first rocks that will make up the artificial reef were being placed at the site. Fay, the ReefDoctor boat captained by Manjo, headed out to the site with the Mayor of Belalanda, Bruno Keza Souvenir of the fishermen’s association FI.MI.Hara and the news crew to place the marker in the water to let the fishermen know where to sink the rocks. Richard Tyrrell, science officer, who has been working on the project since his arrival at ReefDoctor and myself set the marker and surfaced in time to see the pirogues arrive. We jumped back on board Fay as the pirogues got into position and the fishermen began hurling rocks off the side of their pirogues. The strong current whipped boats around while everyone dropped their rocks, some people jumping and swimming from one boat to another to help lift heavier rocks and bail out pirogues. It was thrilling to see everyone arrive at the marker maneuvering their boats expertly against the current to eject their loads and head back to shore. 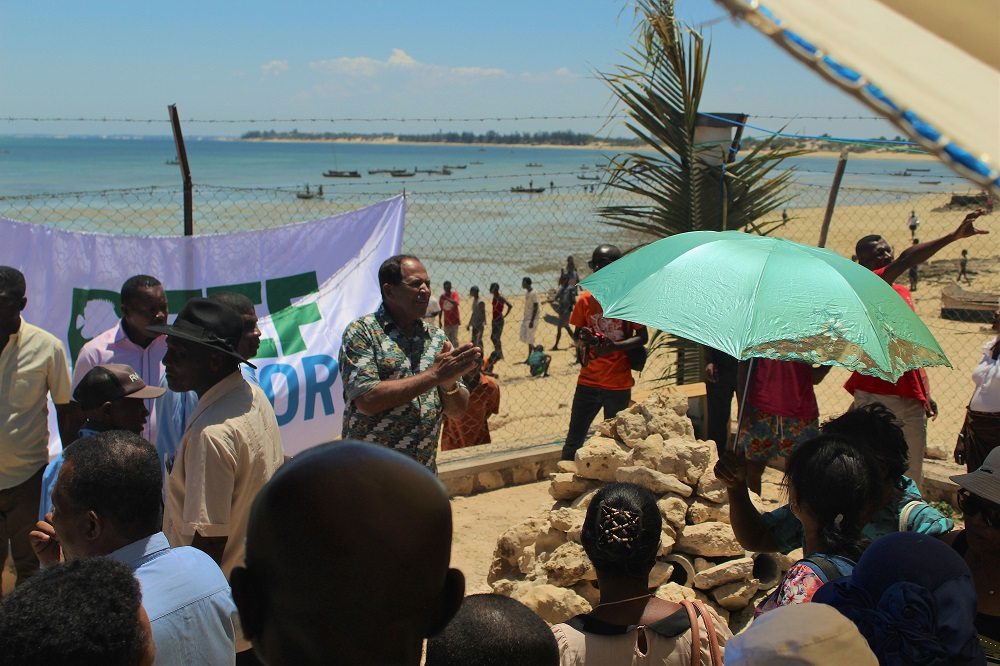 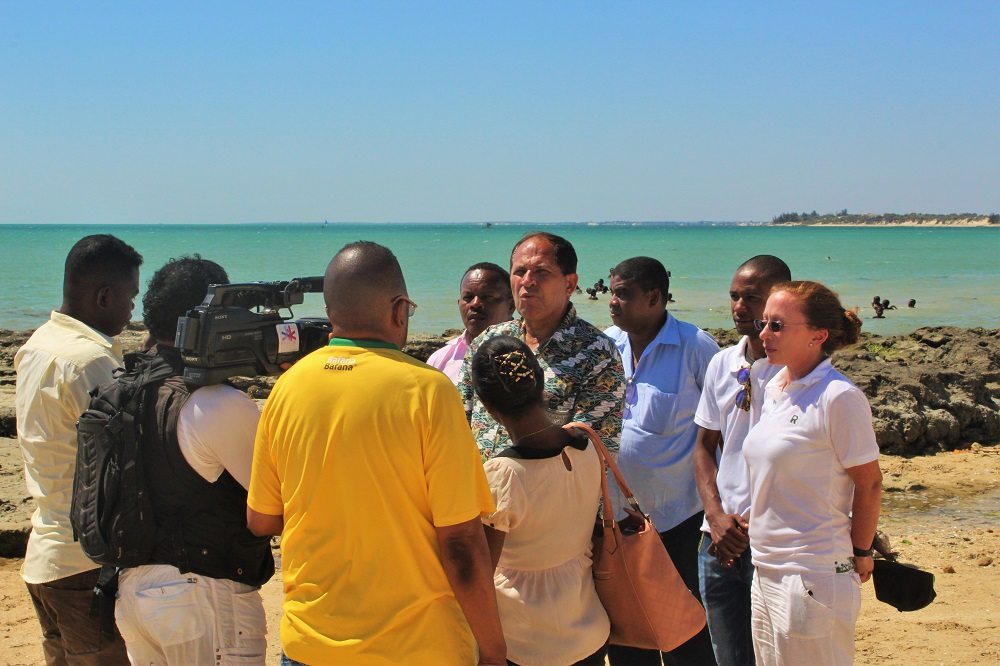 With all the rocks and tubes dropped and the marker retrieved Fay arrived back on shore in time to see the official signing over of the Debarcadere. Debarcaderes were built in most villages in the Bay of Ranobe some time ago in order to prepare fish for transit. Unfortunately they never fully realised their function and most of the buildings across the bay have little use. ReefDoctor has signed an agreement with the Ministry of Fisheries allowing the Debarcadere to also be used for sustainable livelihoods activities including storing dried seaweed for sales and equipment. Seaweed sales have been held in the building since they began in 2015 and now it will now provide a center for sustainable livelihoods activities in the village. The Junior ReefDoctors finished off the morning’s festivities with a song for the crowd after the signing was complete and everyone sat down to a huge feast.

Friday was an important day not only because it marked the beginning of construction of a prototype artificial reef that, if successful, will increase biomass in the lagoon or because it saw the Debarcadere receive a new purpose and lease on life but because it was something the entire community did, together.

If you would like to donate to this project please visit our fundraising page. Thank you! 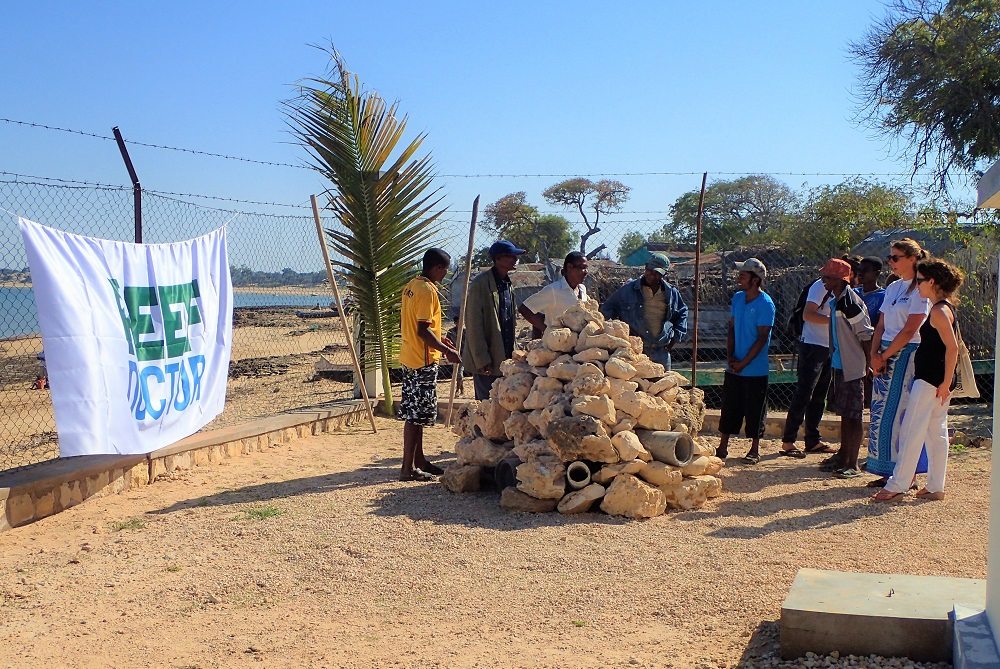 “The Rock That Gives Life”

Dying for the Toilet
Scroll to top